January 14, 2010
Halfway between Batu Pahat and Melaka is the city of Muar. I rode downtown looking for something to eat but I couldn’t find anything that resembled a restaurant, which surprised me a little since it is a pretty large city. I took a break in a park, had some warm Coca Cola and considered my options. I really had to eat, and as soon as the coke kicked in I did another tour trying to find calories. I finally noticed something resembling a restaurant (people eating), at a second story balcony and I walked up to see what I could get. “Chicken rice?” a man asked and I nodded. Maybe I forgot to mention that I wanted it cooked because it turned out to be a rather cold dish and it mostly resembled leftovers, bones and all, but since I really needed food I hoped that my vaccines and pills would take care of any problems and I finished the whole thing.

Leaving Muar the nice coastal road turned into a two lane highway. After a while I realised I must have missed a turn somewhere, because the road signs did no longer match my map. I really (really) hate to backtrack so I kept going hoping that an exit would allow me to get back to the coast. The road was straight and boring so for the first time I used my mp3 player and, inspired by a good friend, Soul Man filled the void. It is amazing how music can give you energy and I picked up an extra 5 km/h. Soon enough a sign pointed me back on track and I was once again cycling on the beautiful road along the coast.

As I arrived in Melaka I immediately got lost. I asked a few people for directions to the hostel where I wanted to stay but to no avail. The first person gave me detailed instructions to his cousin’s place, and the other people I asked didn’t know the hostel or the address.

I didn’t mind riding around Melaka, because pictures does not do justice to this magnificent city, but the sun was getting low on the sky and I don’t want to ride after dark. Suddenly a woman I previously queried for directions approached me and asked if I had found the place. “No”, I responded, and it turns out she had looked it up for me since she couldn’t tell me the first time, and I got pointed to the right direction. What a wonderful world we live in!

I had some spicy pepper squid when I hooked up with Emilie and Natalia, two gorgeous, cool and very, very tattooed girls. We had a common interest so we shared a bucket of beers. The next day we went sightseeing in Melaka and had a fish massage, which was a new experience, but I guess I need to take better care of my feet because the girls switched tank after a while due to all the fish were concentrating on me.

Howard, the owner of the guesthouse, is a real bicycling freak. He takes his guests and friends on nightly tours around Melaka, so in the evening that day he put his stereo in the front basket and with Lady Gaga on maximum volume eight people rode around the city. The places we went to were both the obvious Melaka highlights and hidden secrets that I would never had found otherwise. We stopped for dinner at a fantastic Chinese restaurant outside of the tourist area, and it was basically for free so I guess Mr Axelsson now owes me only 6 SEK. One of the riders is the manager of one of the bars in the city, so naturally we ended up there. 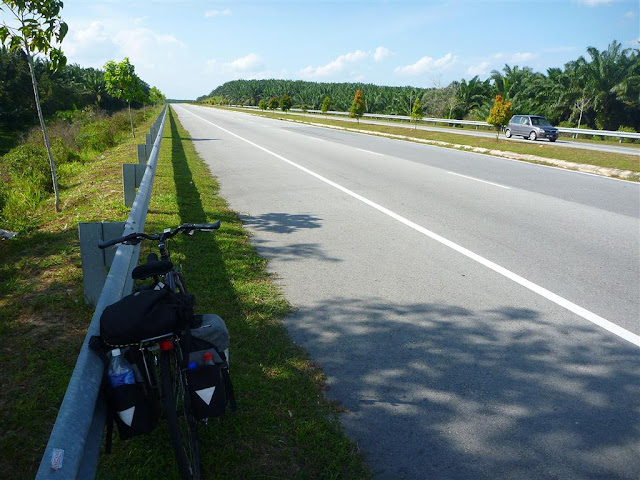 A boring stretch of road. 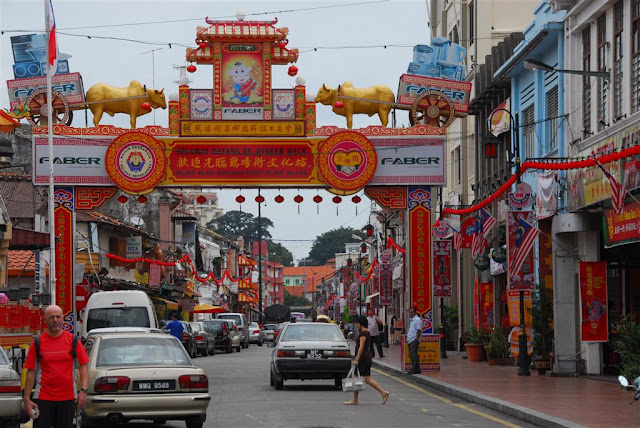 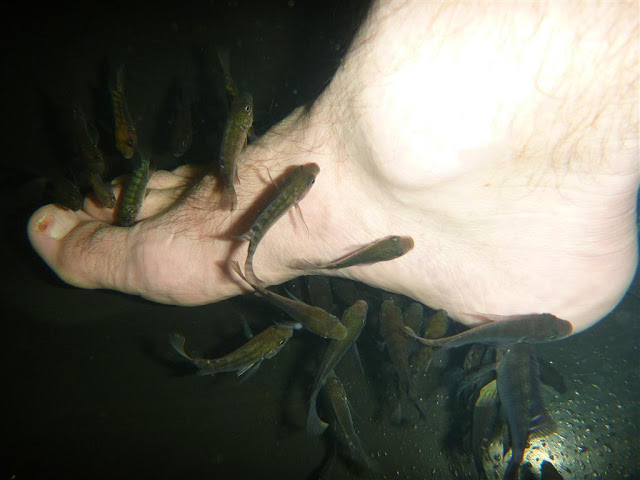 Food for the fish. 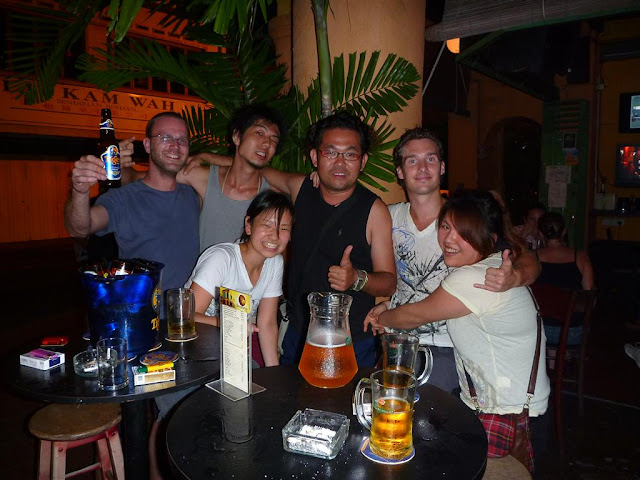