January 23, 2010
I was recommended to go to Cameron Highlands by Malena Stiteler, a fellow cyclist. She must have legs of steel, because cycling from Tapah to Tanah Rata was the hardest thing I’ve done in my entire life except for that pointless trench-digging marathon in the army. Tanah Rata is elevated about 1300 metres above Tapah and for those of you who haven’t cycled up a hill I’ll tell you that’s a lot.

My alarm was set at 10:00 but I didn’t wake up until the maid knocked hard on my door. Some empty calories at a corner shop for breakfast and I was ready to go. It is recommended that you start early and reach Ringlet, 45 km up the road, before noon and here I was, still in Tapah at one o’clock. The first few kilometres were ok, but after that it was 50 km of constant climbing. Cycling at a mere 10 km/h and having frequent stops to rest and it takes a while to get anywhere.

A passing truck driver offered me a ride and if I had had the time to think it over I would probably have accepted, but I turned it down and he drove off while using his hands to signal that I was a complete nutcase.

Now and then there are food stalls along the road. I stopped by a family selling something to drink and it turned out to be honey mixed with water. It was sweet and good, but it cost me a good 25 ringgits and all my cigarettes. Although I told them several times I was from Sweden, they insisted I was Australian. Must be the beard.

When I reached Ringlet I had consumed almost all of my 4.5 litres of water, my Coke and a few bananas. Just before town there is a wonderful and much welcomed downhill and I picked up quite a speed. Since it is just 13 kilometres left to Tanah Rata I decided not to stop for refreshments (why would I want to push my brakes when I am finally riding at 25 km/h?). But as soon as I passed Ringlet the climb started again, and this time it was even worse. Much worse. I started to count down the kilometres, then every 100 meters and soon my eyes where fixed on my bike computer, counting every 10 meters.

I was completely exhausted when I finally reached Tanah Rata. Madde had recommended Fathers Guesthouse, but when I got there all I could see was the stair with four million steps I had to climb to reach the building, so I continued and picked the first of numerous guesthouses that looked decent.

I had just locked my bike and removed my packing when I looked up at someone walking towards the hostel. The expression on his face was priceless and mine was probably worth a fortune as well. It was Ryo, the guy I’ve shared a room with for three days in Melaka. We talked about past events, after Melaka he went back and forth to Ipoh and Singapore and had just arrived to Tanah Rata. Obviously he uses other means of transportation. 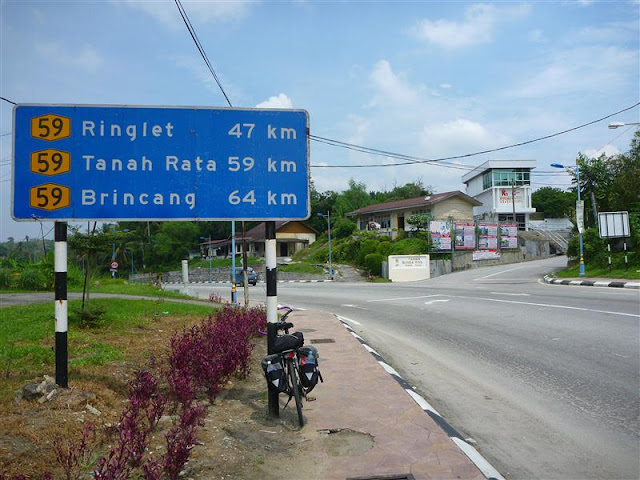 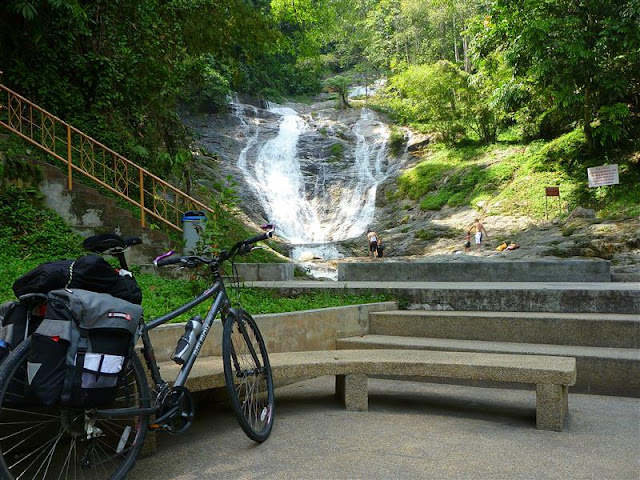 Another fall by the road. 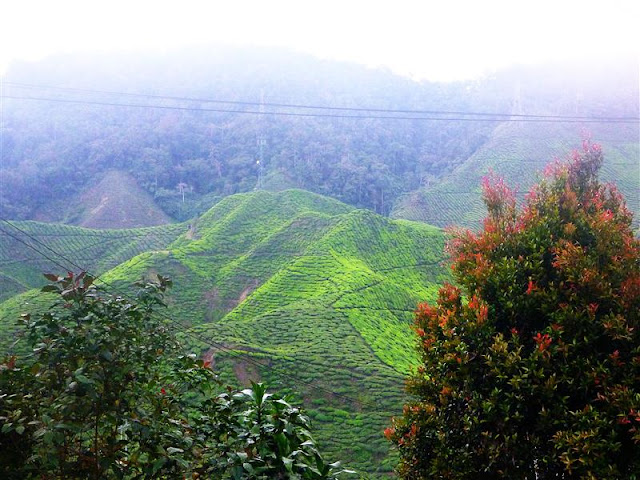 View. Haze from my smudgy camera. 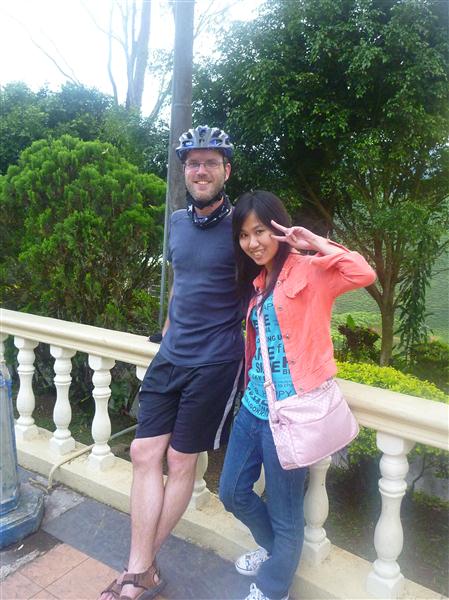 Cute girl who liked me.