17. Jungles, beers and then a hangover all the way to Ipoh

January 26, 2010
I woke up with a surprisingly clear memory of me dancing on a table the night before. And the night before that. I had promised myself and everyone present to go to bed early this time, but that clearly didn’t work out. I must have awoken half of the people at the thin walled hostel with my alarm clock, but after 30 minutes I shut it off and stayed in my bed dreading the nine kilometre climb that was ahead of me. I could take the easy way out and go back to Tapah knowing it would be a constant downhill all the way, this seems to be what most cyclists I have spoken to recommend, or I could continue forward hoping that the initial nine kilometres is the only climb I’ll have to do. Since I hate going back (really, really hate), the decision had already been made. You can’t turn back just because you don’t know what’s in front of you.

It has been nice to walk for a change, and walking I have done. Ryo and I took the local bus to the exit road leading up to Boh tea plantation, not knowing that the remaining walk was just as long. But we didn’t mind as the scenery was nothing but breathtaking.

Ryo left for Langkawi and I hooked up with Ian from England and Claudia from Switzerland. Ian enjoys beer as much as I do and Claudia wasn’t shy either. We trekked around in the jungle using Ian as a guide as he knows everything about nature. At least that is how I, who know nothing, perceived it.

So there we were at The Jungle Bar, one guy more awesome than the next; the backpackers, the motorcyclist, the vagabond, the volunteer nurse, the Australian rapper, the crazy Welsh. While the mixed tape played the same strange blend of music over and over we took turns to order until we emptied their stock of Tiger Beer and were forced to switch to a lesser brand.

On my last night in Tanah Rata two cyclists arrived to town; Petter, another Swede who just started from Kuala Lumpur and a French guy who is cycling from Tokyo to Paris. Malaysia seems like a detour to me, but then again, the guy was fit.

I finally dragged myself out of bed, slowly consumed a breakfast and packed my bags. Nine km up the road, passing Brincang, the uphill turned into a downhill as I had expected, but to my disappointment it didn’t last as long as I had hoped and I had to climb another hill. And then another. I started to think Earth had tilted somehow, how else could it possibly be uphill all the time? Then the magic happened! I instantly knew that the hilltop I was approaching was the last one, and it turned out to be true. A glorious downhill through a magnificent landscape began and for 50 kilometres it was nothing but down, down, down!

At one point I actually cycled ten km/h faster than the speed limit and it felt really good. The further down I got the higher the mercury rose and soon I had left the cool weather of the Cameron Highlands behind me. I realised that I had missed the heat even though the sweat started to pour again. In the hostel I slept wearing a blanket, socks and a t-shirt but it was still freezing cold in the mere 14 degree night. I reached Ipoh in no time, checked in to a cheap but decent hotel and went out for a stroll around the city. Two beers and a fantastic dish at a popular Chinese restaurant ended this evening, and it was almost for free! 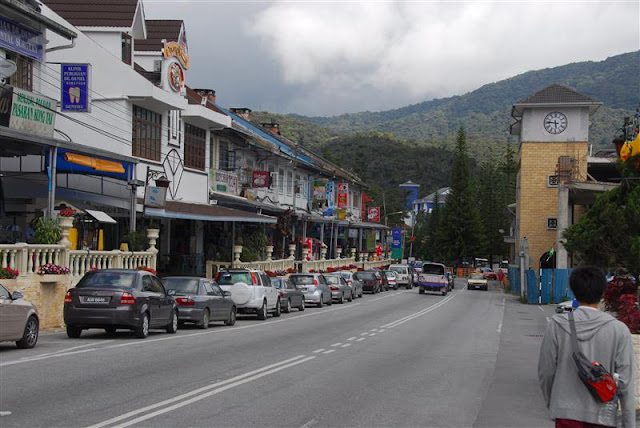 Tanah Rata. Ryo in front of me. 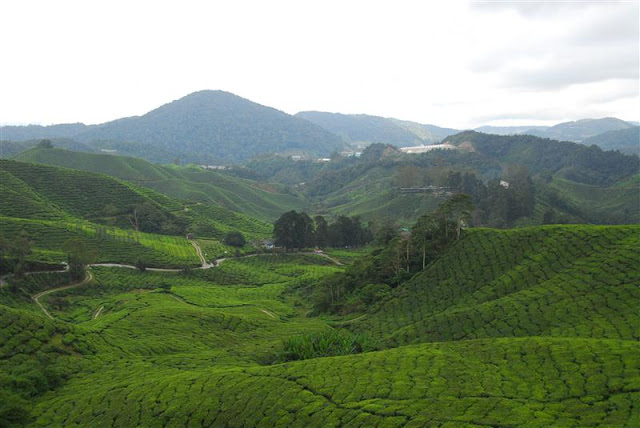 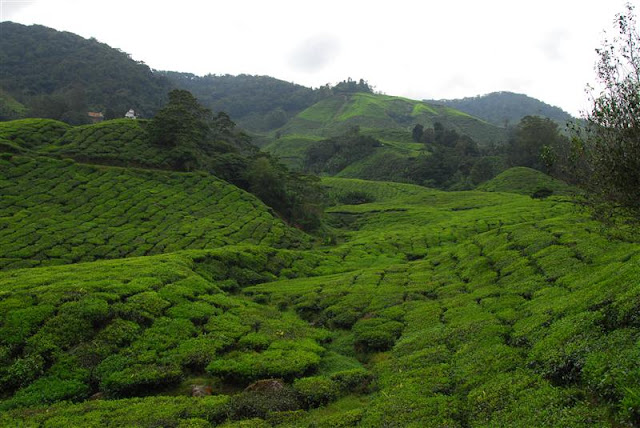 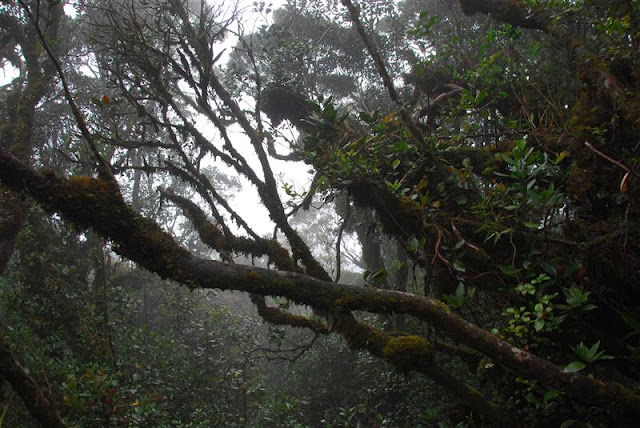 Jungle in the clouds. 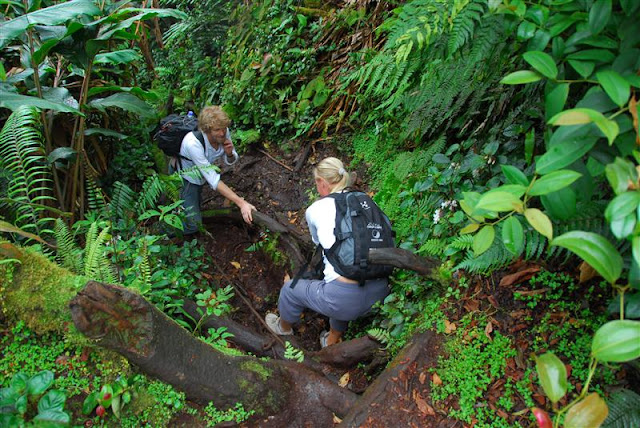 Trekking with Ian and Claudia. 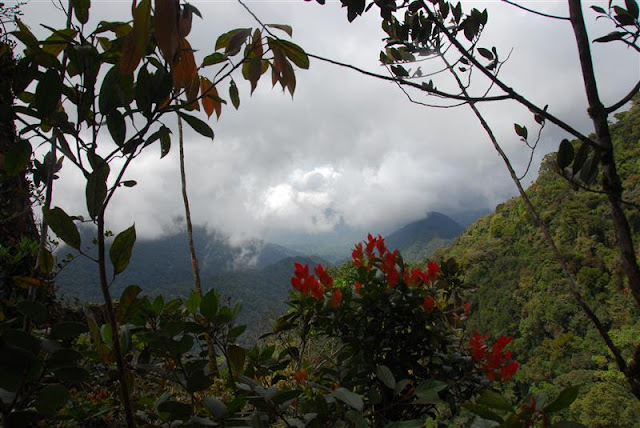 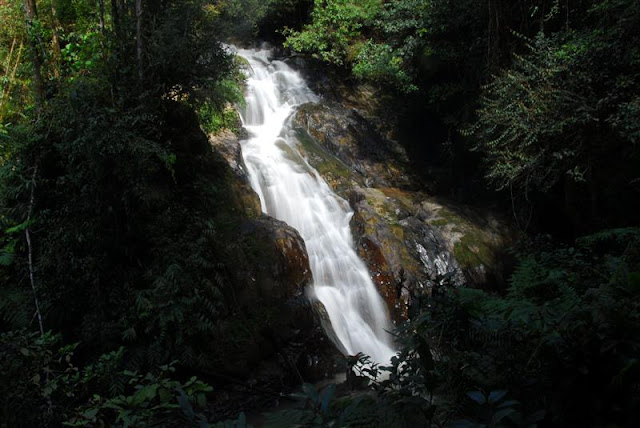 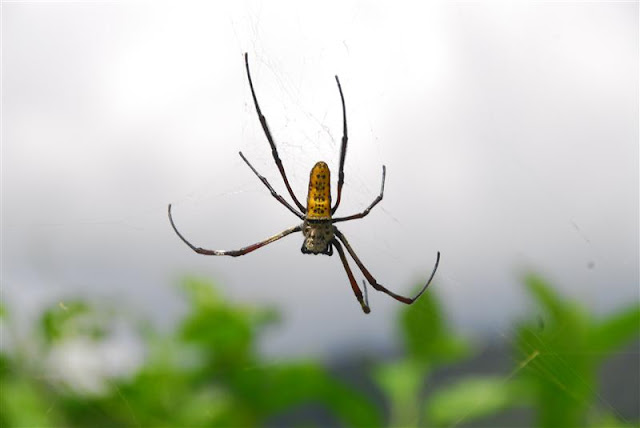 Ian knows what kind of spider this is. I don’t. 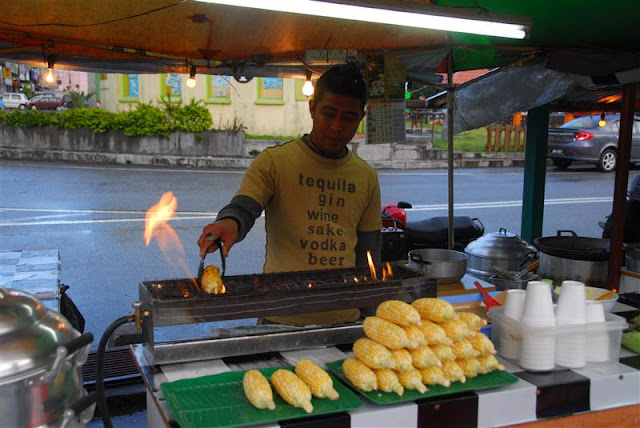 Corn at the night market. 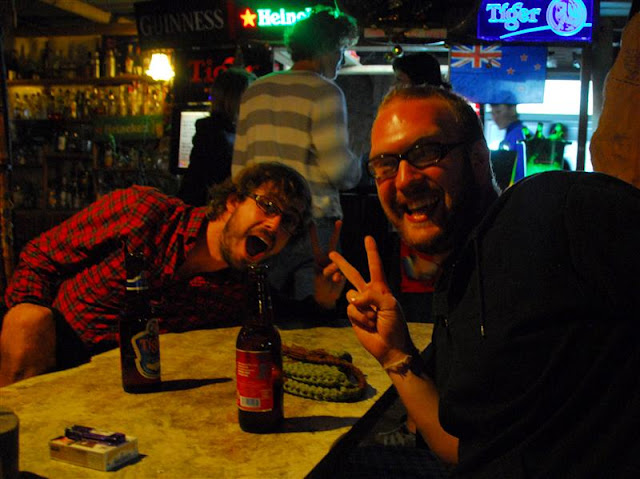 Rhys (right) likes to party. Jon (left) carries a hairdryer in his backpack. 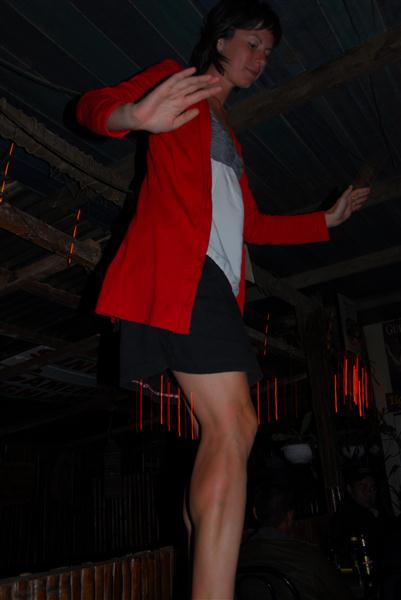 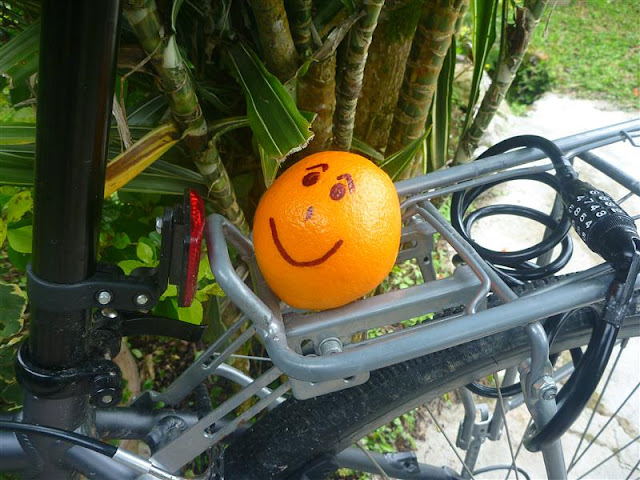 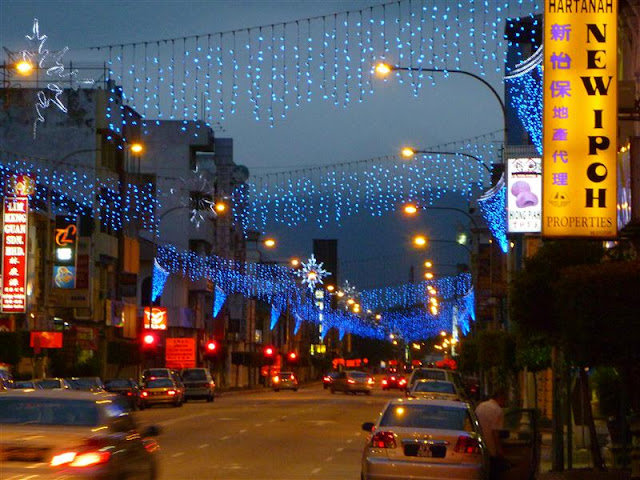 Ipoh in the evening.

The glorious downhill from the highlands to Ipoh.
(Sped up 5X and stabilized with Deshaker)