January 30, 2010
Some practical stuff had to be done and the first day in Georgetown was spent cleaning my clothes, getting a visa to Thailand, buying a ferry ticket to Langkawi and giving my bicycle a full service at Gary’s bicycle store. Despite my careful “planning” it turns out that you do need a VISA to get in to Thailand unless you arrive by air, which I obviously don’t. Rules are rules even if they are stupid, but luckily I was able to get a 60 day VISA in just 24 hours. Bureaucracy really works when the rules exists only for the sake of bureaucracy, doesn’t it?

I am way behind schedule. Every place seems to keep me a little bit longer than initially planned and taking the ferry from Penang to Langkawi saves me two days of riding. It’s only cheating if it is a competition (that is my official excuse).

I ran into my local “friend” again. He claimed he had been waiting for me outside my hostel for several hours last night, and wondered why I never called. Gee, I don’t know! What’s your name, again? I don’t know what kind of promises he thinks I had made, but I know from experience that some people have a very vivid imagination which somehow leaks into their reality.

The Thaipusam is a Hindu festival, celebrated when the moon is full at the end of January or beginning of February. People dress up and go out on the streets to eat, drink, sing, dance and put huge spears through their heads.

I knew that there would be a huge event at the Batu Caves and in other sacred Hindu places, but I had no idea that it would be such a big festival in Penang. Tens of thousands of people filled the streets and I was in the middle of it; the people, the different aromas, the sounds and the food! I have never experienced anything like it and I walked in awe through the crowds taking it all in. And there were monkeys. 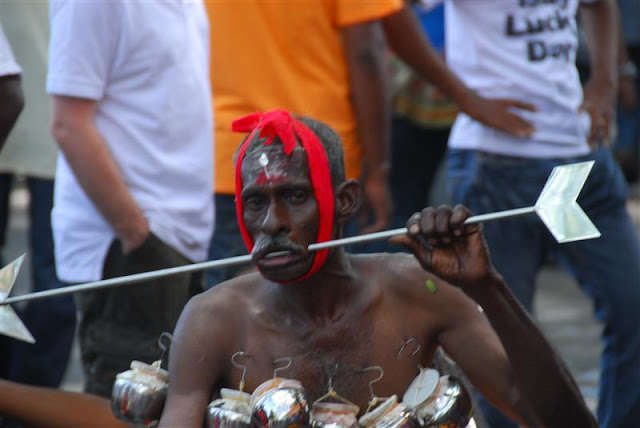 Some people are crazier than others. 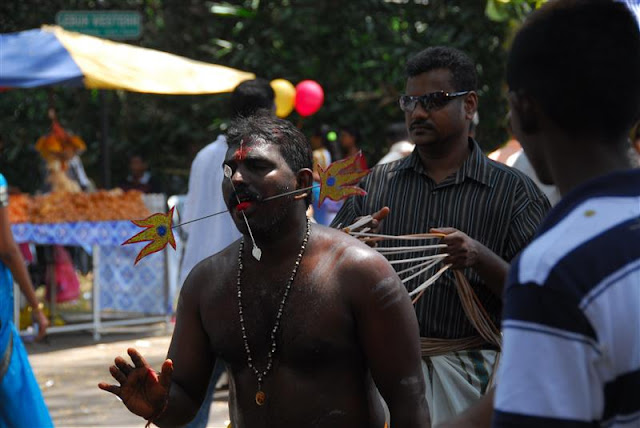 Emilie and Natalia would love this. 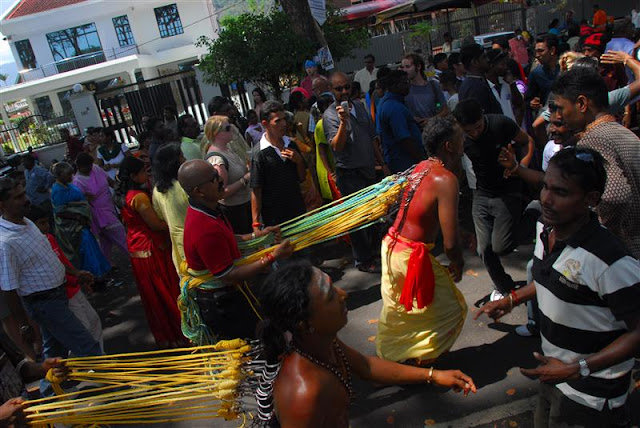 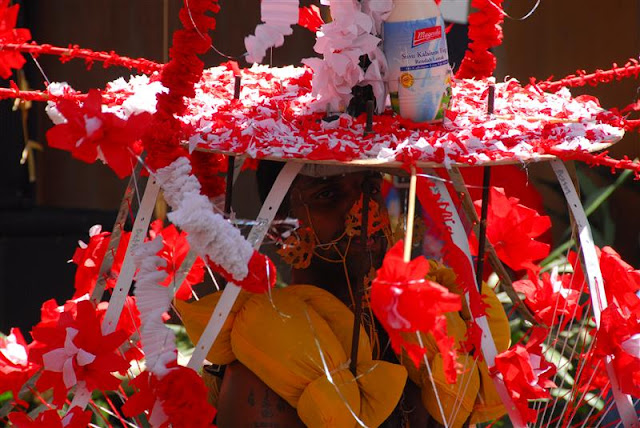 He doesn’t look too happy about his situation. 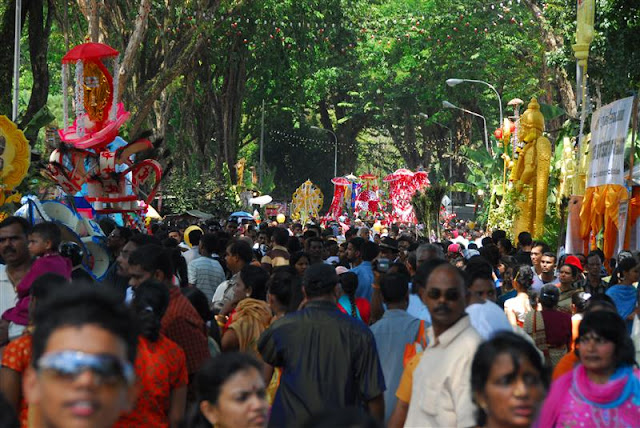 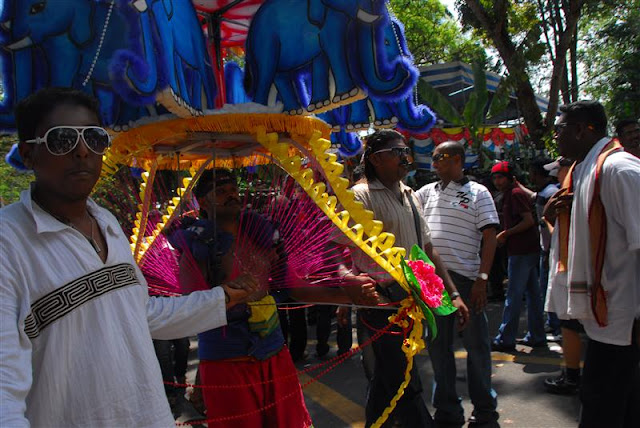 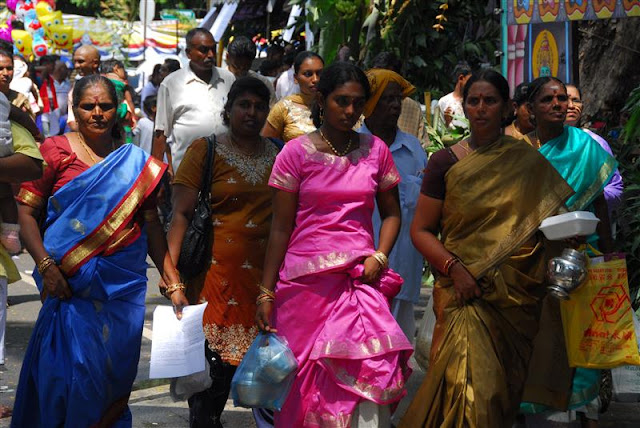 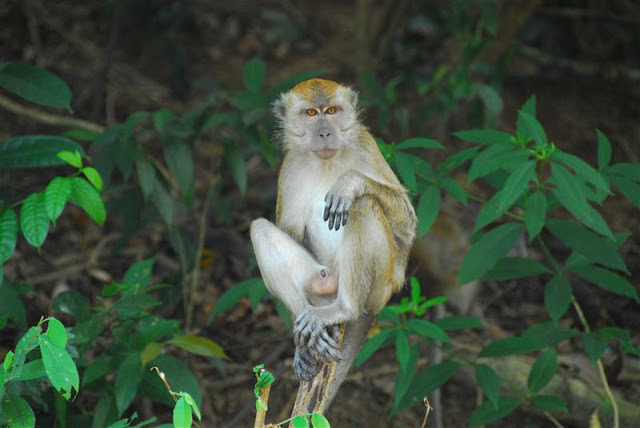