January 11, 2010
When I see a bus stop I take the opportunity to rest and it was after such a rest that I noticed I was no longer wearing my helmet. This is why I don’t wear a watch, carry a wallet or use gloves in the winter; give it to me and I’ll loose it. Fortunately, nobody had been interested in my sweaty headwear and it was neatly placed on the bench where I left it. From now on, everything stays on the bike!

The road is a scenic road through dusty villages, plantations (pineapple apparently, but it didn’t look like any pineapple plantations I’ve ever seen, i.e. Dole on Oahu) and palm tree forests. People are smiling, waving and are greeting me all the time.

As a passed through a village I saw a bicycle repair garage and I stopped to have my front derailer adjusted as I couldn’t reach the lower gears. I wasn’t sure I correctly heard the ridiculously low amount of money that he asked for so I gave him double, which seemed to satisfy him. If I had known what was ahead of me I would have paid him tenfold, because just ten kilometres later the hills started rolling. I thought this area was supposed to be flat! Maybe a real cyclist doesn’t consider this to be rough terrain but it was challenging for me.

Just as I had climbed one of these slopes a pack of three dogs thought I would be a nice trophy. I had seen stray dogs before and they were all harmless, so I was caught off guard. The downhill had not yet begun and I thought to myself “Not NOW” as I used energy I didn’t have to accelerate as fast as I could. Luckily they quickly lost interest. I didn’t take the time to study which breed they might have been, but I think it was a pitbull, a doberman, and a pitbull-doberman.

With more than 300 000 residents Batu Pahat is a large city by Swedish standards, but when I walked around the main street during the evening I didn’t see too many people outside of their cars, and not a single foreigner but me. Maybe if they build sidewalks people will actually go to the stores and restaurants, but what do I know. 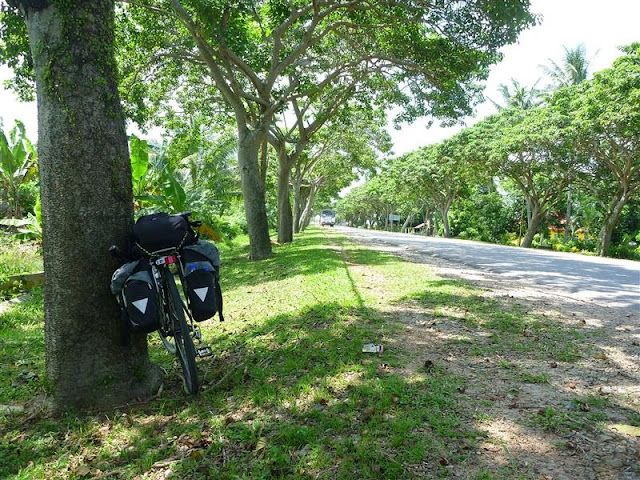 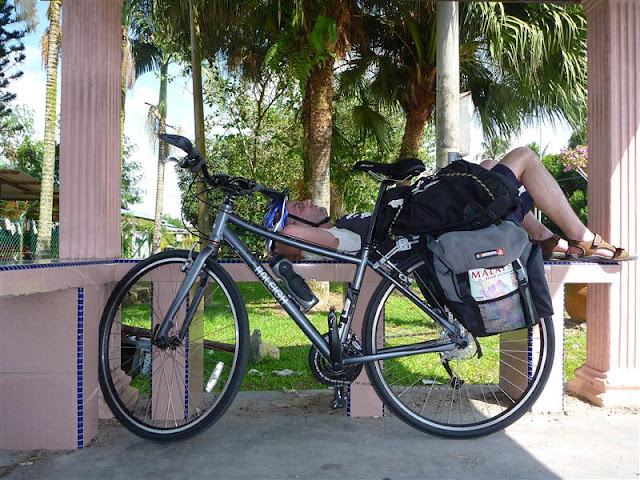 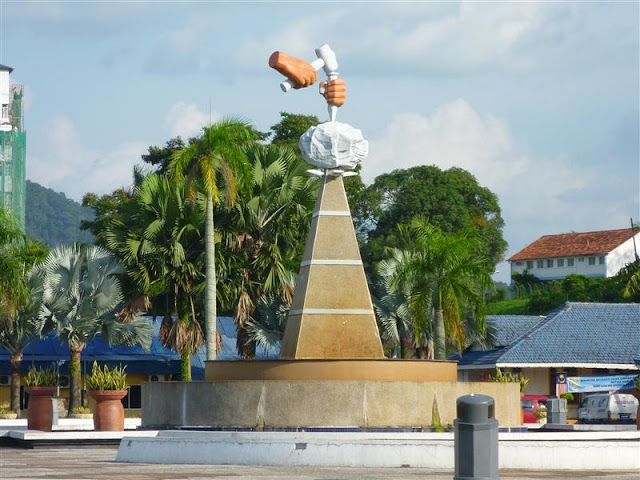 Dataran Penggaram, one of the few sights in Batu Pahat. 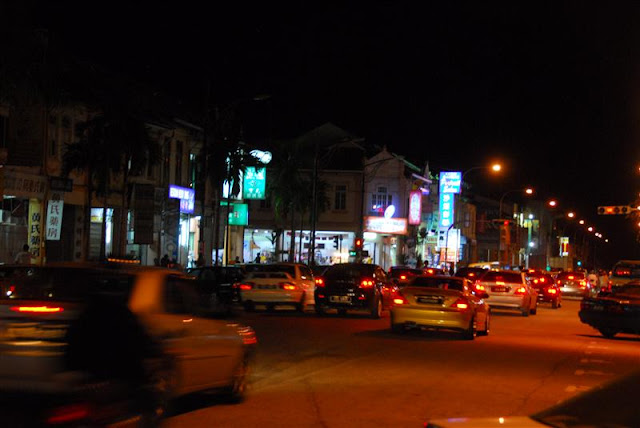