February 20, 2010
Studying and getting up at six o’clock in the morning was not my intention on this trip, but as my new policy is “Just Do It” I just did it. I’ve pedalled a distance equivalent to the length of Sweden and passing a test can’t be that hard. And it wasn’t.

Phil, Pieter, Lies, Sianos, my diving buddy Brandon and I were instructed by Paul in the art of breathing compressed air from a cylinder while deep under water, and I was immediately hooked. The few doubts I’d had disappeared after the first real dive and I decided to continue with Advanced diving as soon as I passed the Open Water course. The group got along great and we shared dinner and experiences while trying to keep down the alcohol consumption. You don’t want to be hung over with 18 metres of water above you.

While the other four in the group had to fly home Brandon and I went on to the advanced course where we were joined by Charles and Steve. They had pretty extensive diving experience so practicing deep diving, buoyancy and navigation was a breeze. At least for me and Steve; Brandon and Charles had some problems telling time, counting to three, and spelling “Brandon” backwards. Two great Swedish girls, Tezz and Lelle, joined us for the night dive. Monsters always come out at night and we got to see a lot of spotted sting rays and barracudas.

A week ago I had some experience in snorkelling, now I am an SSI Advanced Diver certified for a depth of 30 metres, among other things. Feels pretty good!

Koh Tao has a lot of western restaurants and I have been trying to add some body fat to my skinny chest by eating three meals a day mostly consisting of pizza and burgers. It seems to have helped a little, but I still need to find a way to consume 10 000 calories per day. Some people seem to manage it by the looks of them.

Brandon and I rocked back and forth to the imaginary waves while eating a pizza and we realised we should probably take a break from the ocean. We each had had 12 logged dives with a total time of more than 9 hours and 40 minutes in just a week, and land felt like it was moving beneath our feet.

Back on the mainland it turned out to be 25 kilometres from the docks to Chumphon which was longer than I had hoped for, especially since we arrived after five o’clock in the afternoon and the sun was getting low on the horizon. However, the road turned out to be fantastic with beautiful scenery and 25 km is a nice warm up since the bike has been stationary for a week.

I cycled the distance in about an hour and started to look for a hotel. After a few dead ends I found something that looked a little bit too upscale for me, but I decided I could use a decent place after all the nights in the dorm at Big Blue. To my pleasant surprise an air-con room with the best hot shower I’ve had so far on this trip set me back 360 baht, a sum of money I think I can handle.

Chumphon might not be the most interesting city on the map, but they had everything I could ask for and it is always exciting to explore the streets in a place where you are the only foreigner. 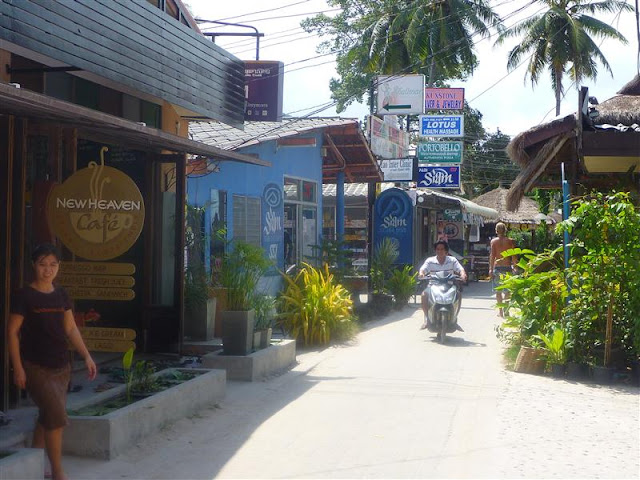 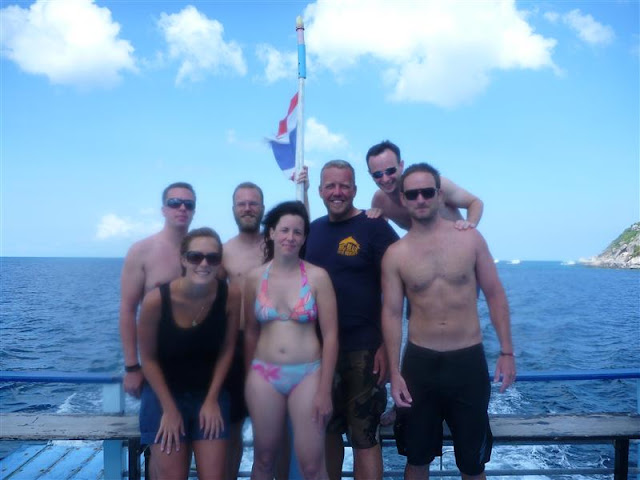 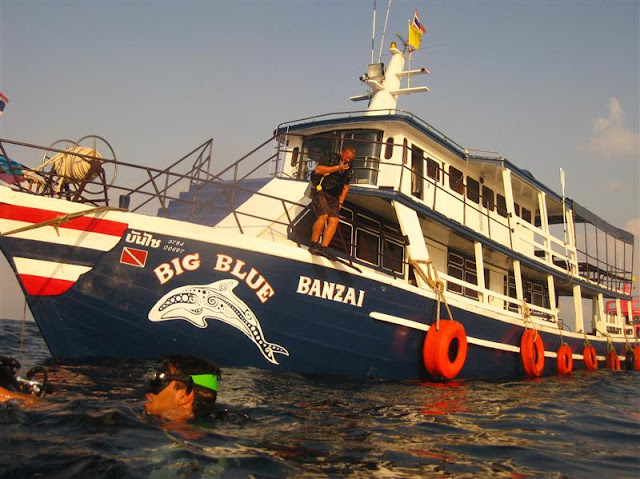 Paul shows off by jumping off the side. 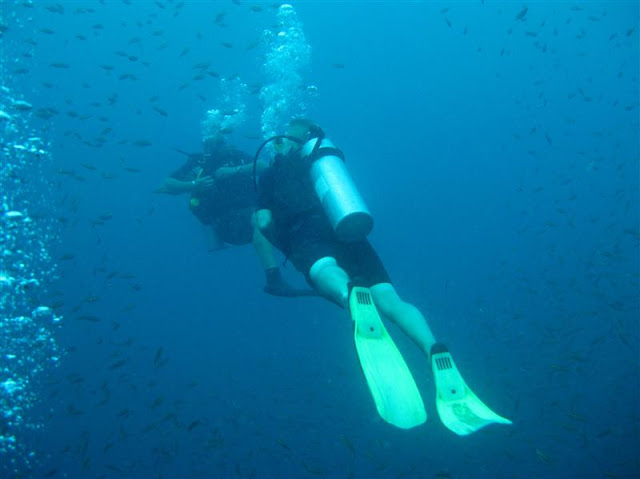 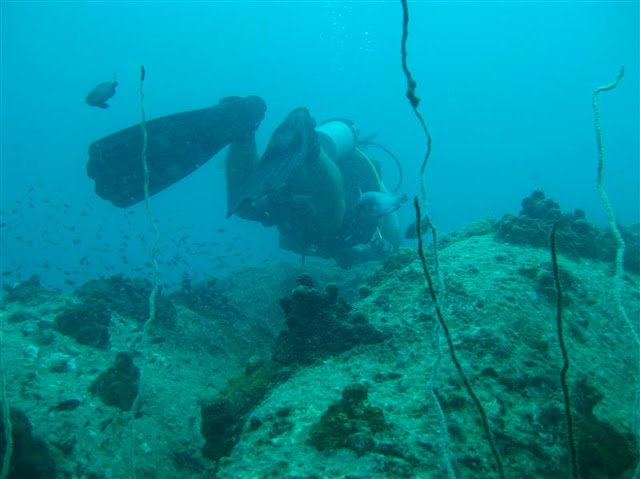 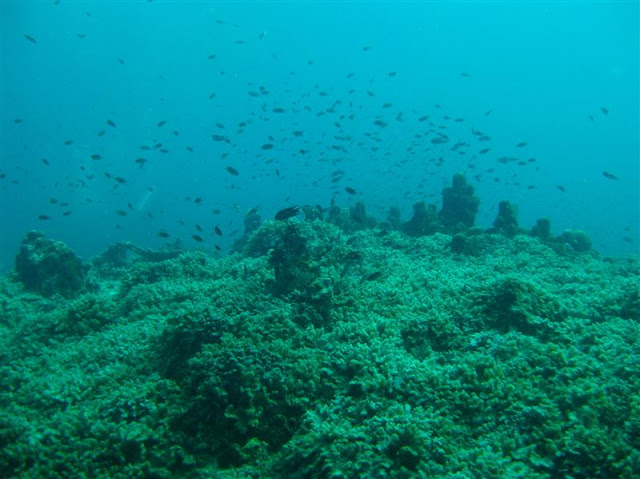 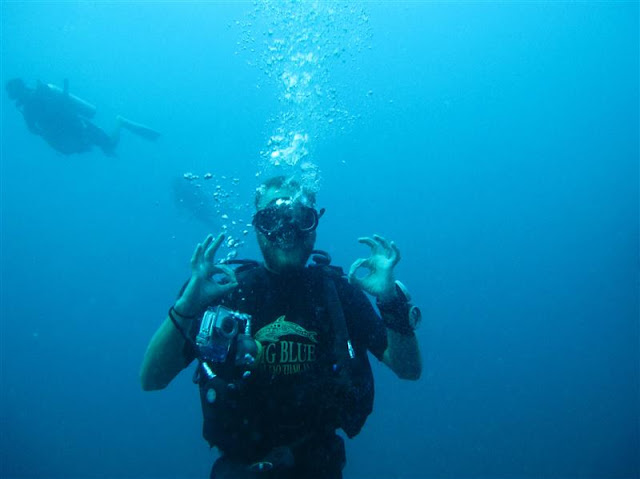 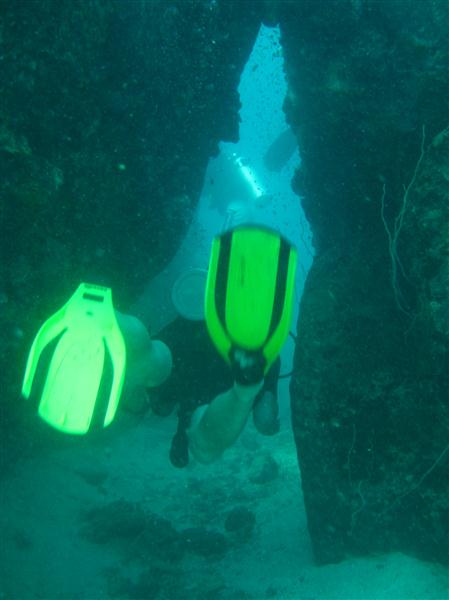 Divers do it deeper, and in cracks. The jokes are endless. 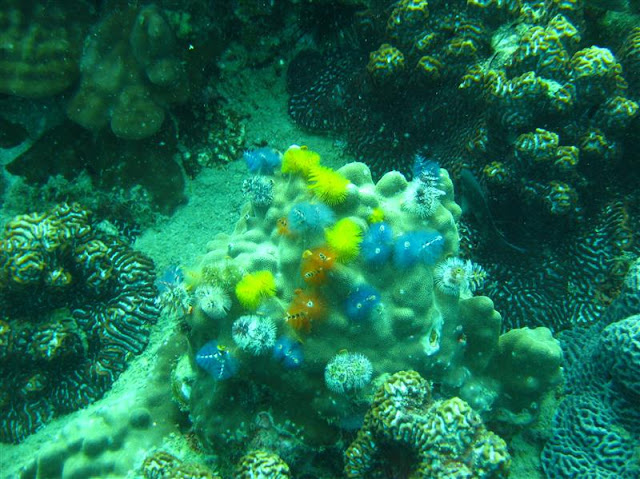 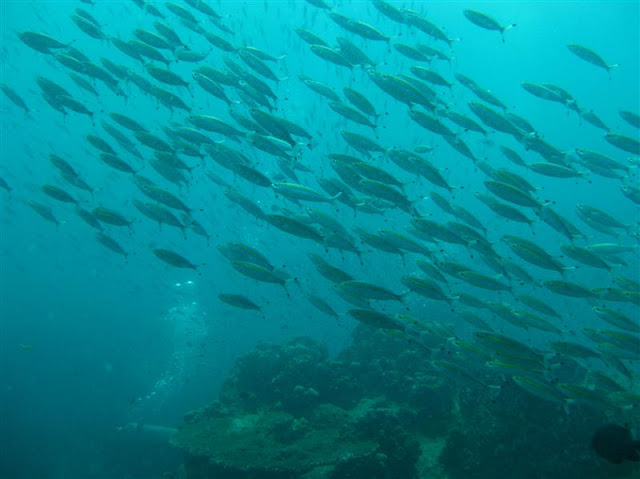 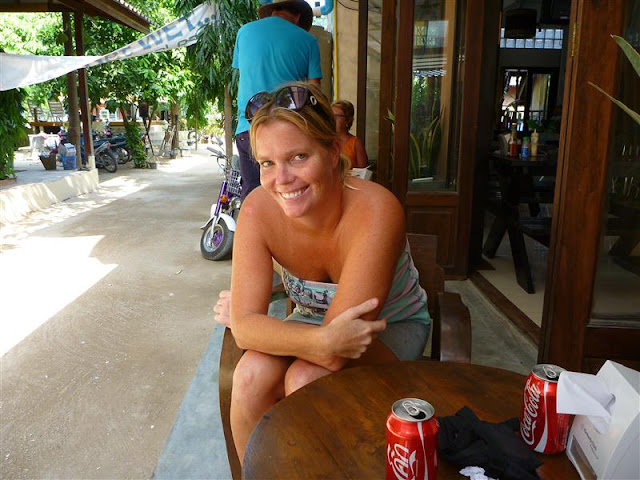 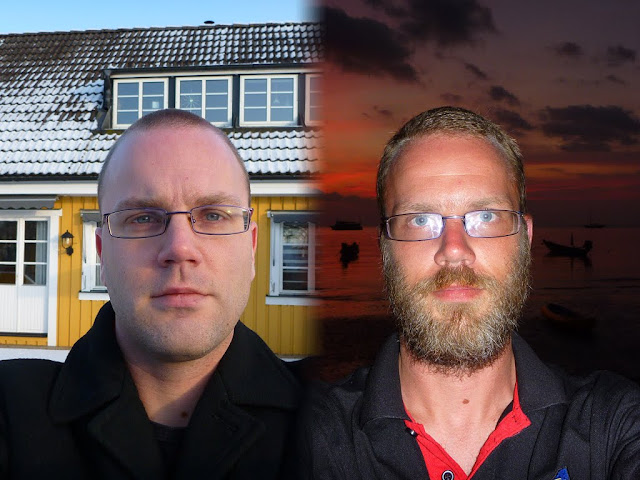