February 26, 2010
I have become one of them. I had to choose between two evils, and I chose to take the bus rather than cycling into Bangkok. Even though I was the only foreigner on the coach I have degraded myself from Master Explorer to Simple Tourist!

There are a lot of advantages to join them on their route. It is undoubtedly a more interesting route, I get to see northern Thailand and Chiang Mai and I don’t have to ride several long, boring and hard distances like Bangkok to Siem Reap or the mountains between Laos and Vietnam. Also, having company through Laos and Cambodia is probably a good thing. The disadvantages are, among others, that I’ll have to take planes, trains and buses to get back on track unless we ride really fast, as the new route adds more than a 1000 kilometres to my original plan. I also have to consider other peoples feelings (and these guys are really, really sensitive) and it will slow down my pace.

Despite this I decided to tag along. I enjoy their company and I can always, at any time, continue on my own. But before I could join them I first had to leave them. I had plans in Bangkok while they where going to make a detour to see the Bridge over river Kwai. I had no interest in a bridge, not enough to skip Bangkok, and we agreed to meet later in Ayutthaya.

Phetchaburi definitely deserves more tourist attention. It is a beautiful city and I felt privileged to visit the Khao Wang palace, the night market and to take a swim in the river. The monkeys are a bit of a nuisance though, while visiting the temple they chewed on my water bottle, Dans helmet and Robs handlebar tape.

The bus to Bangkok suddenly stopped and everyone had to get off. We were still on the highway and had to climb the barrier to get off the road. I assembled my bike, I had to take my wheels off to get it on the bus, and started riding. I was glad I took the bus, because the last six kilometres into Bangkok was quite stressful and that ride alone upgraded my status to yet again become Master Explorer. 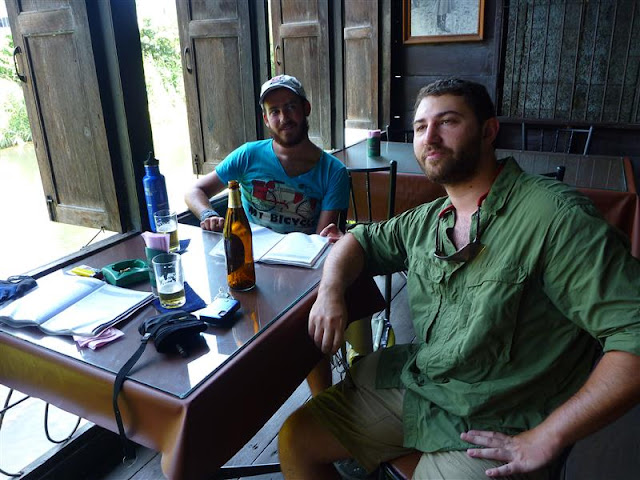 Rob, Dan and a bottle of Chang. 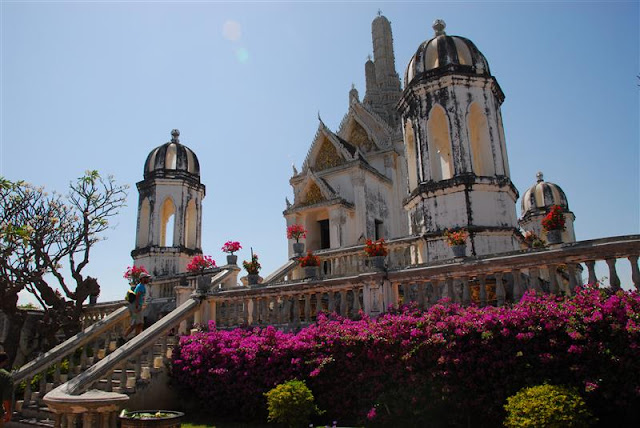 Khao Wang means “Hill with palace”. It is almost as if they had no imagination at all. 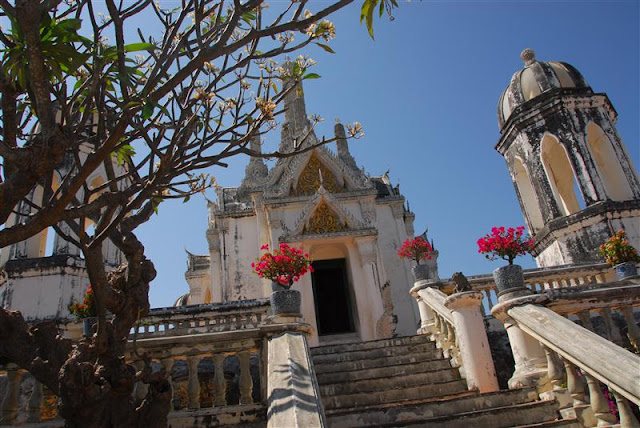 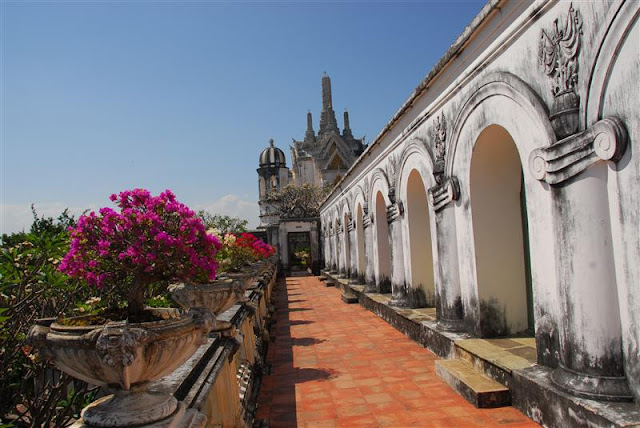 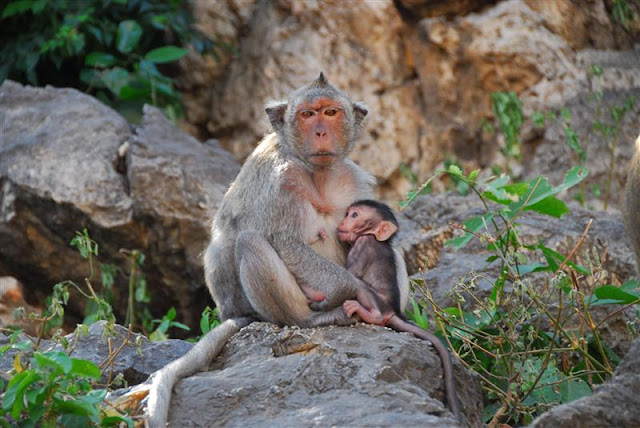 Angry mom. Probably because her kid ate our stuff.