March 03, 2010
My co-worker Cecilia and her family happened to be in the city and I met up with them at their hotel. It was nice to see a face from home but we kept the job related discussions at a bare minimum. They have been to Bangkok several times and gave me some pointers.

I had a previous engagement with my friend Petter and the day after my arrival he got into town. We used various kinds of transport to get around the city, taxis, tuk-tuks, boat taxi and longtails, while trying hard not to be ripped off. The price for a certain distance varied greatly and even the taxi drivers, their cars all have a sign on the roof saying “Taxi-meter”, were reluctant to drive unless you argued about the price beforehand. One tuk-tuk driver wanted more money NOT to drive via a store selling clothes. He got it. A 45 minute ride during the day turned out to be a 5 minute ride at night when the traffic was light. I would never own a car in this city!

Besides the traffic, I liked Bangkok. A mixture of plenty of cultures but still has the Asian feel to it. An infinite number of things to see and do and four days were barely enough to visit the “must see” sights. Supposedly there were some unrest in the city due to a trial against a former prime minister, but I did not notice anything besides friendly people who tried to separate me from my money.

It is going to be about a thousand kilometres before I see a western restaurant again, so eating genuine Thai food was not prioritized in this city. I continued to build my reserve of body fat by eating steaks, pizza and burgers.

One of my gorgeous purple bullhorns had somehow broke off while I was sleeping in Phetchaburi so I had to buy a new pair, and since the monkeys had been chewing on Robs handlebar tape I had promised to get some for him. I took a cab to Probike, supposedly one of the best bicycle stores in Asia. However, they didn’t have much of a selection and the bullhorns I bought were not nearly as great as my purple ones but black, boring, smaller and way more expensive. Neither did Probike have any black or yellow tape to match Rob’s bike, so I bought the next best color: Crystal Bubble Pink. Rob is going to be sooo happy!

Suan-Lum Night Bazaar is big enough to get lost in and has an enormous food court with live music, even though the quality of the performance was a bit questionable at times. We guessed it might be a talent show for wannabe artists, which would explain a lot. The prices were three times higher than what I am used to from other cities and they had an awkward coupon system to buy food and drinks, but as a Swede you don’t mind a little hassle if the ultimate goal is a beer or two. 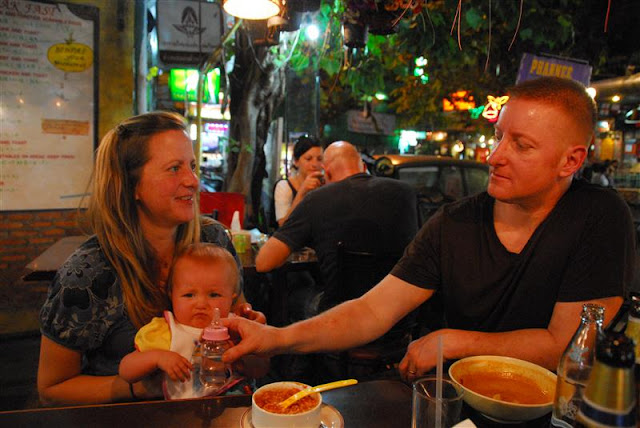 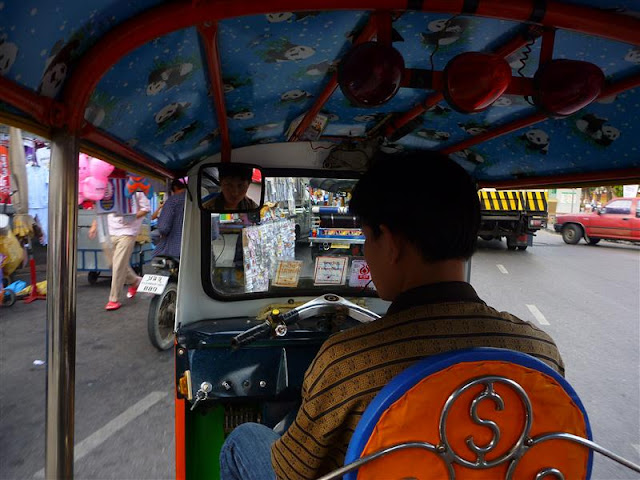 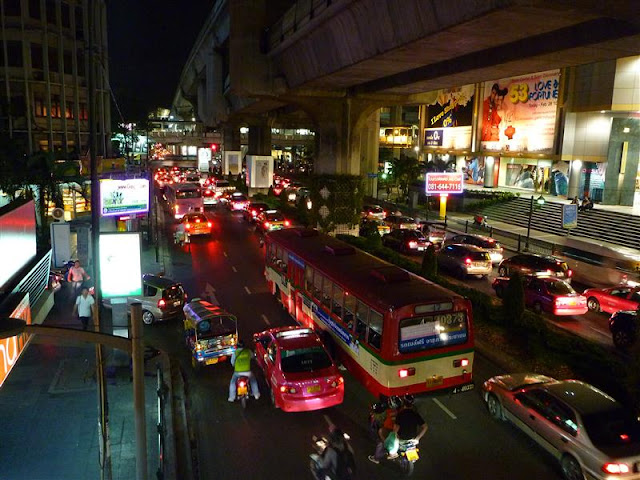 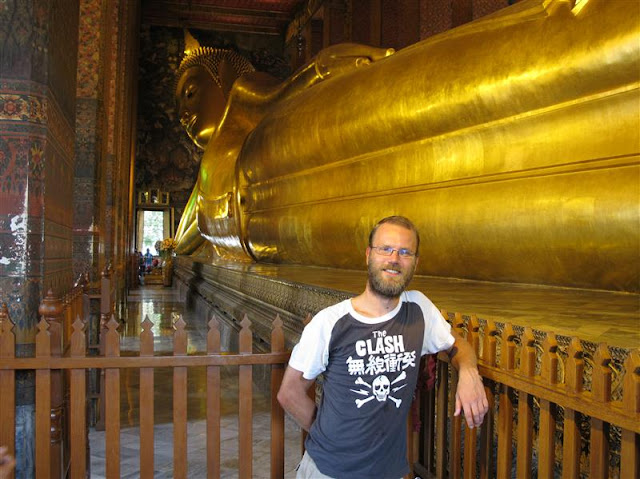 Me and the giant Resting Buddha at Wat Pho. 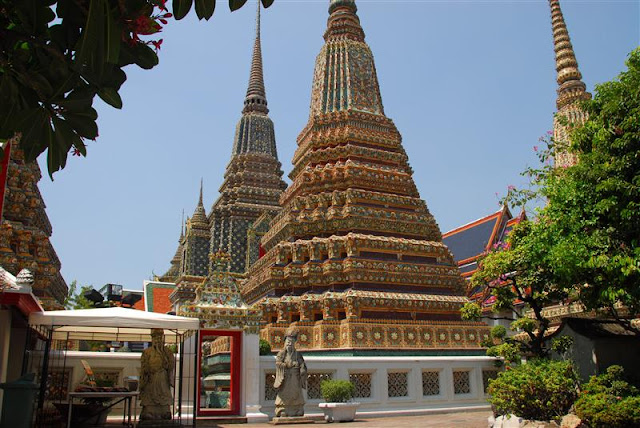 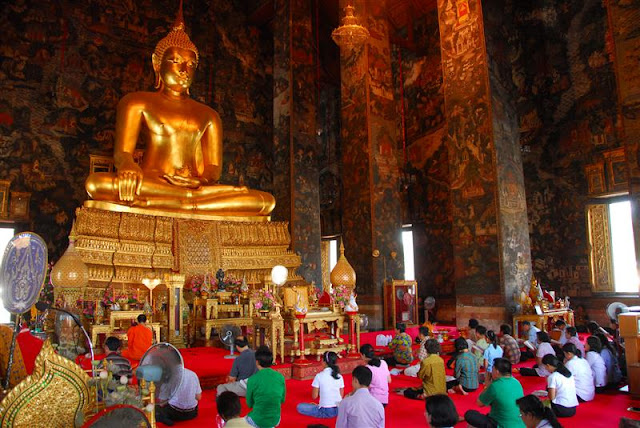 Another Buddha at another Wat. 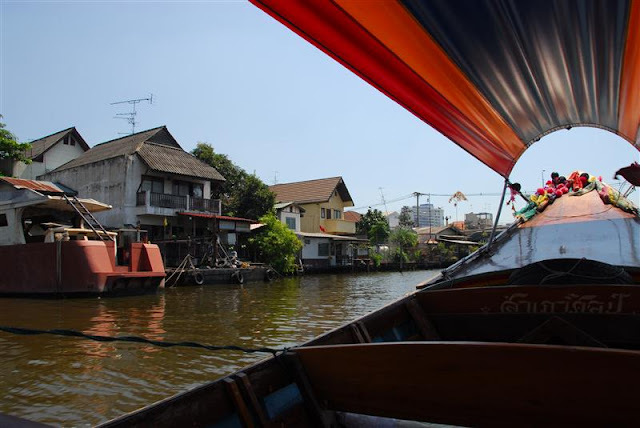 Longtail through the canals. 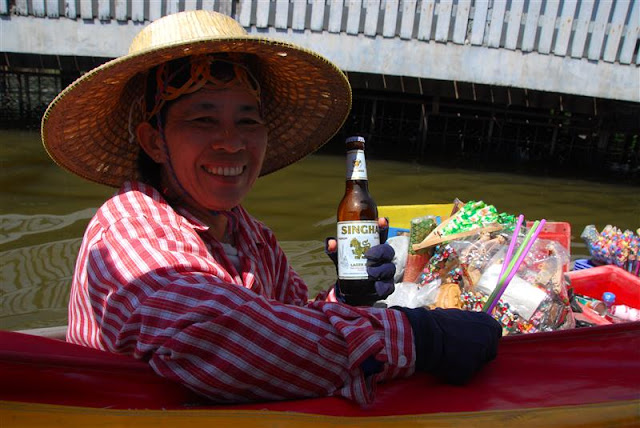 Lady in canoe who knows what I want. 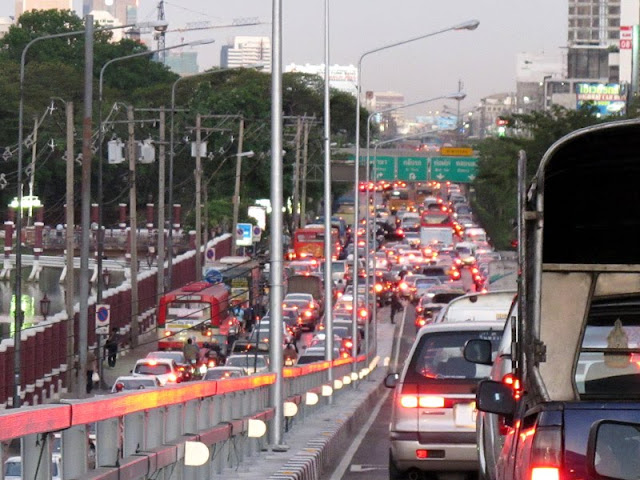 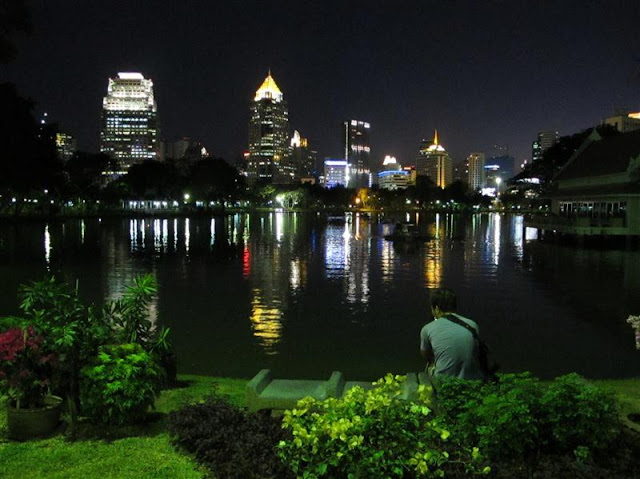 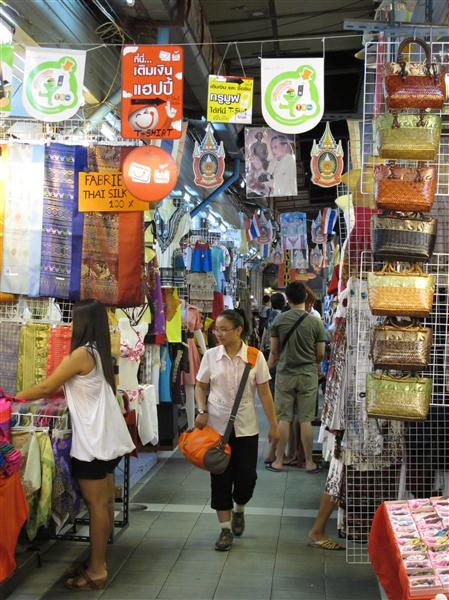 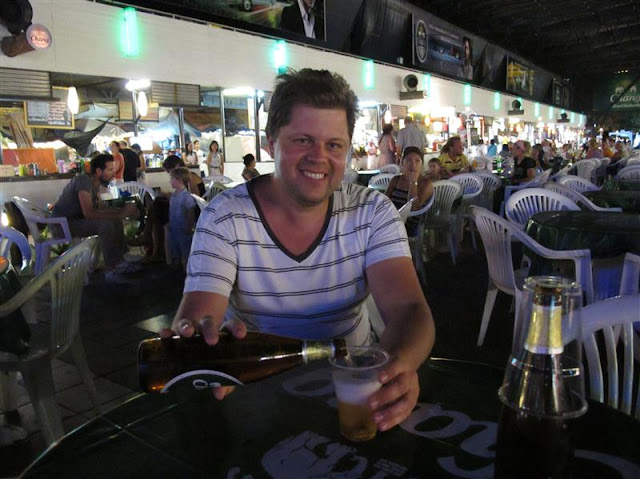 Petter at the food court. 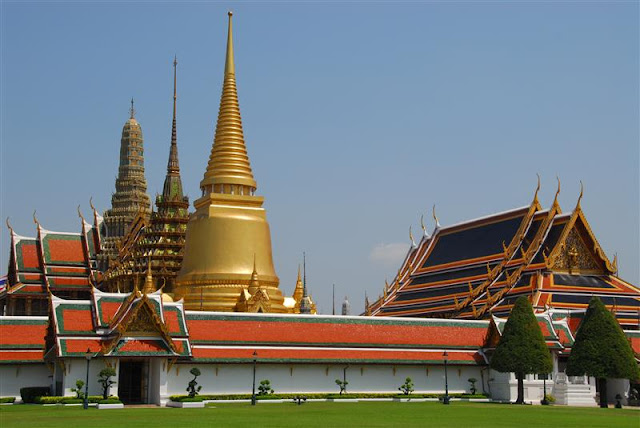 Outside the Grand Palace. 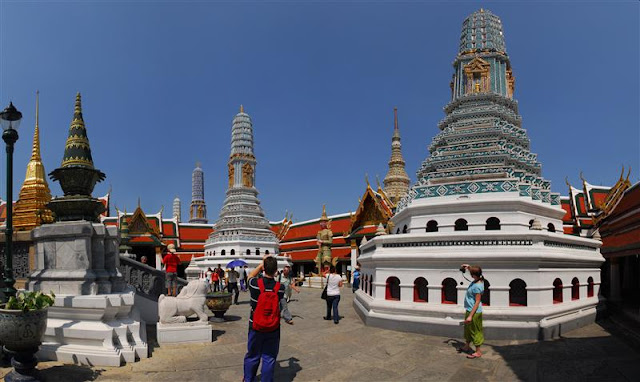 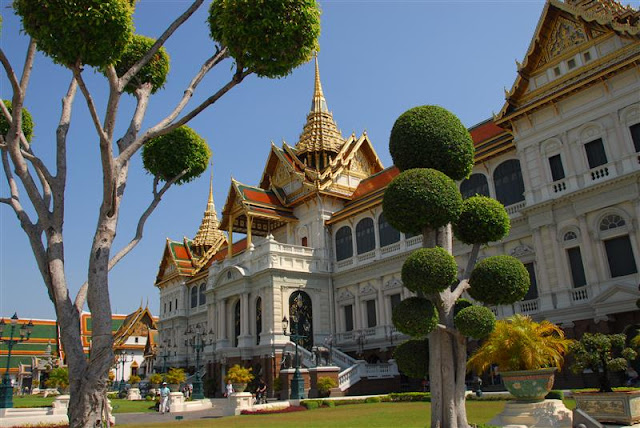