31. Working our way up the mountains

March 13, 2010
Another set of vicious teeth chewing froth was chasing me just meters behind my unprotected legs. It seems like the dogs are getting fiercer the further north I get. While I only got chased once in Malaysia I have now been chased dozens of times and it happens on a daily basis. Having a crazy looking Cujo barking and trying to catch up with you is not too fun. A couple of times they have come really close and I am considering some kind of countermeasure. A nice spray of pepper would be really satisfying. For me that is, not the dog. I wonder why they hate cyclists so much, they ignore everyone else!

Every time we ride through a rice field in these parts of the country the humidity becomes extremely high, to the point it gets difficult to breath. The scenery has been pretty similar since Chumphon but is now changing into a more varied terrain. We keep finding alternate roads and the traffic is nonexistent.

Motor oil seems to be big business in the city of Sawankalok. We needed water and refreshments but every store in the city was selling nothing but cans of petroleum. Luckily we spotted a soda fridge in one of those stores and we got ourselves rehydrated. The next town, Si Satchanalai, didn’t offer many options either but we found a place selling chicken balls and noodles. This was our last stop before the Pi-Pan-Num mountain range and we sure needed those chicken balls.

The villages we pass through start to look like I imagined villages would look in Thailand, in contrast to the modern neighbourhoods or scooter filled towns I rode through so far.

The climbs started easy but became more and more demanding and we realised we would not reach Wang Chin before dark. There is not much of civilisation between Si Satchanalai and Wang Chin so we did not have any other options but to continue. It was a beautiful ride though and we found ruins hidden in the forest way cooler than the tourist accommodated wats we visited in Sukhothai.

It got dark and the last ten kilometres was illuminated with nothing but our led lights. Wang Chin itself was almost as dark as its surroundings but the restaurant stayed open for us and the owner proudly presented his daughters asking us if we thought they were beautiful.

The road to Lampang started with an exhausting 7 kilometres long steep climb, the worst I had climbed in almost a month, but everything must come to an end and so did this hill. There are worse mountains ahead, so there is no use in complaining.

Horse carriages as a complement to all the tuk-tuks gives Lampang a certain charm and probably explains the city’s nickname "Horse Carriage City". At the restaurant overlooking the river Dan surprised us by ordering a hamburger, breaking a month long marathon of only Thai food.

Rob was starting to feel ill and Dan wanted a day off, so they decided to take the train to Chiang Mai, thus I had a day of cycling alone. While climbing an easy hill about 30 kilometres into the ride my right knee started to feel funny and I slowed down my pace considerably. I stopped by the Elephant Conservation Center, watched a show and had a quick lunch. The knee felt normal again and I guess it was just my imagination.

I reached Chiang Mai before Rob and Dan, confirming that public transport is not always faster. 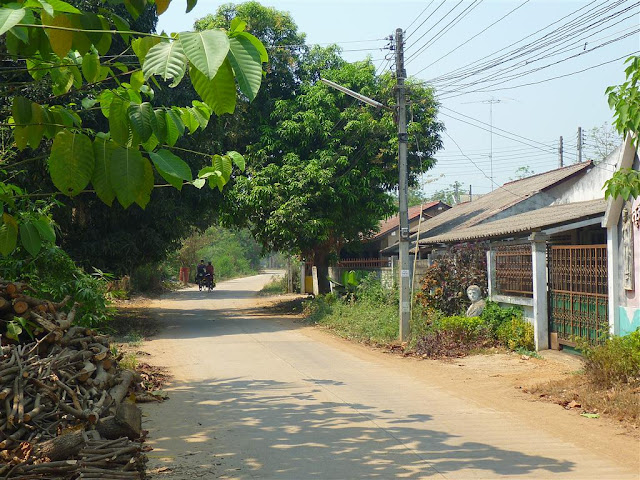 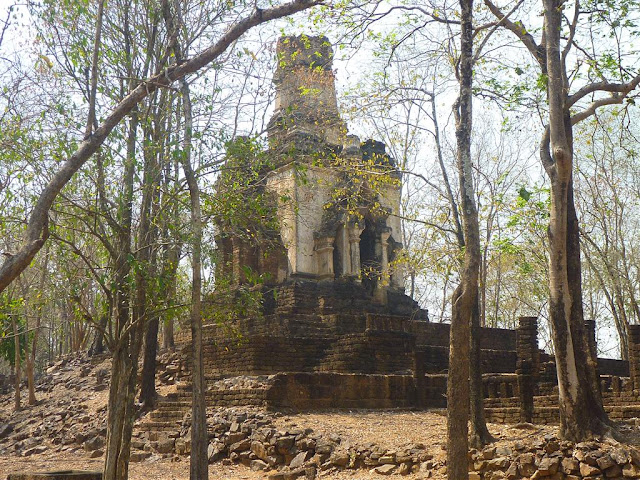 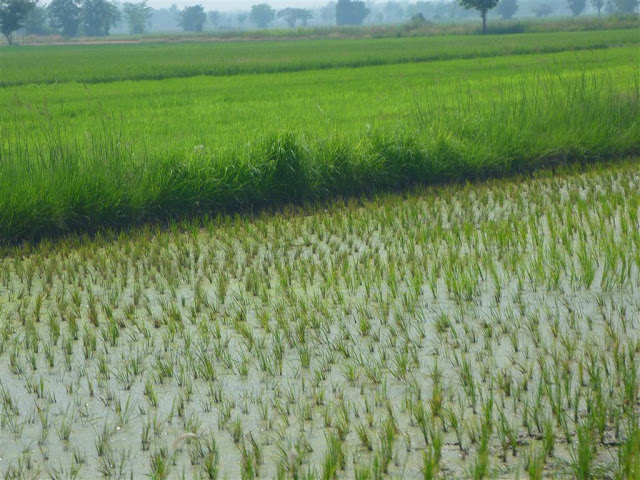 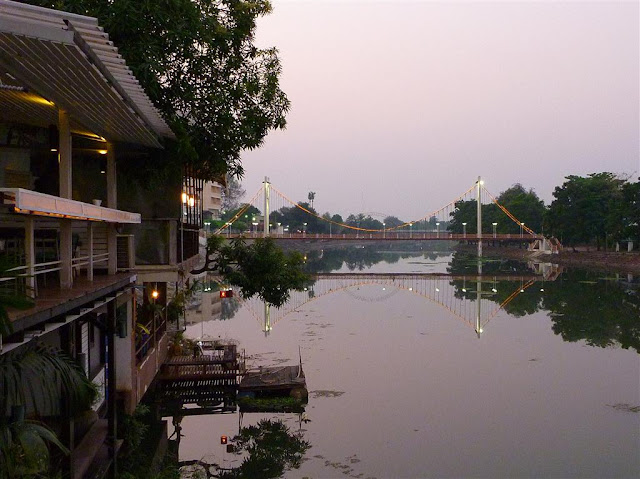 View from restaurant in Lampang. 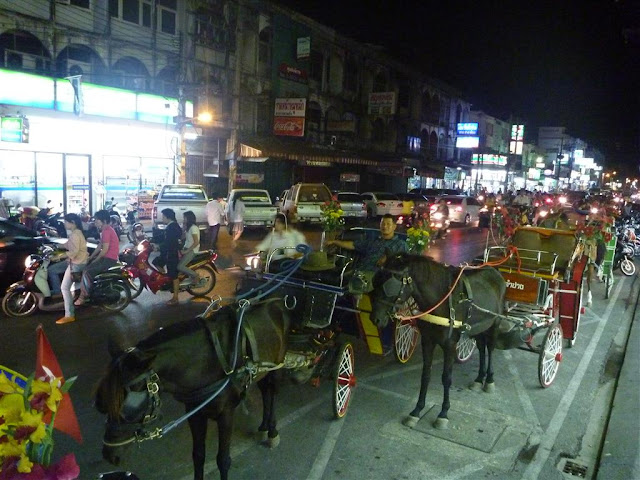 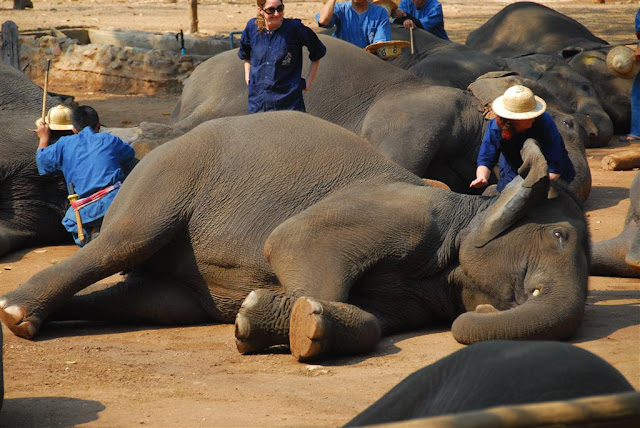