March 18, 2010
I’ve been sick! Not with some exotic illness like Malaria or Japanese Encephalitis, but with the common cold! Being in the mountains the temperature has finally come down to acceptable levels, but I doubt that is the reason I got a cold.

Arriving in Chiang Mai my bike needed some care again and I left it in the hands of Chaitawat bicycle shop to replace the chain, brake pads and cables. When I got it back later the same day I fell in love all over again, my bike was cleaner than when it was brand new and more beautiful than ever! Rob and Dan quickly turned their bikes in to get some sweet love as well.

Disaster strikes when we found out that the boat from the Laos border to Luang Prabang is currently not running due to historically low levels of water in the Mekong River. Laos is blaming dam projects in China, but China claims it’s the drought, the global warming, or any reason other than a huge wall that stops water from flowing. The Mekong River is basically the main artery through Laos and getting to from Chiang Khong to Luang Prabang by any other means are difficult. We looked at different options but couldn’t settle on a good solution.

Chiang Mai is a center for adventure tours and I decided to go on a combined tour of mountain biking, elephant riding and white water rafting. I rarely go on guided tours, I’m usually disappointed by the wholesome family fun kind of adventures it almost always turns out to be, but the rafting actually surpassed my expectations. It started with the mountain biking and I was the only person who had chosen that option. While the other people in the group either waited or drove around with quad bikes, my guide and I rode up and down a dirt path alongside a mountain. I was way faster than him and had to wait for him at the top of every hill, but it was an ok ride. The elephant riding wasn’t very exciting until the guide and the animal started to argue. Standing face to face yelling at each other about which way to go might be a daily routine for them, but for me sitting in the cage on top of this giant mammal it was somewhat disturbing.

Since the water levels are unusually low everywhere, China might have a point about that global warming argument, I was prepared for a rather unexciting rafting tour, but it turned out to be great. Less water means more rocks, obstacles and currents and we had to work pretty hard to steer the raft through the cascades.

We ran into Peter from Seattle who’s cycling from southern China down to Singapore and beyond.

Suddenly I started to sneeze! I hoped it just was something I ate, but the next day the nose was running like crazy. A running nose is less pleasant than usual when you have a thick beard sucking all kinds of fluids right into it. For two days I did nothing but lingered around the guesthouse feeling sick.

Thailand is, however, a perfectly good place to rest and to read a book. 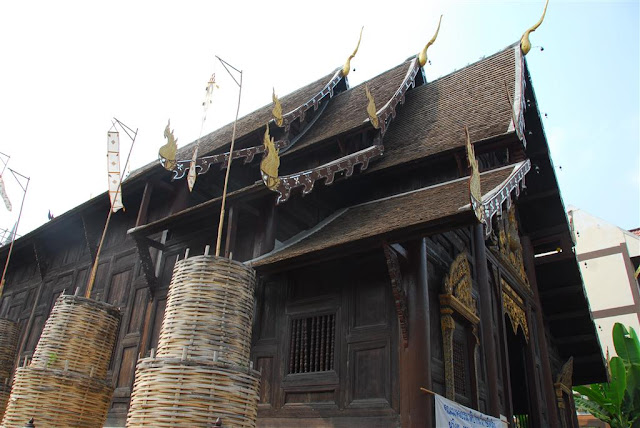 Wat Phan Tao is different since it is almost entirely made out of teak. 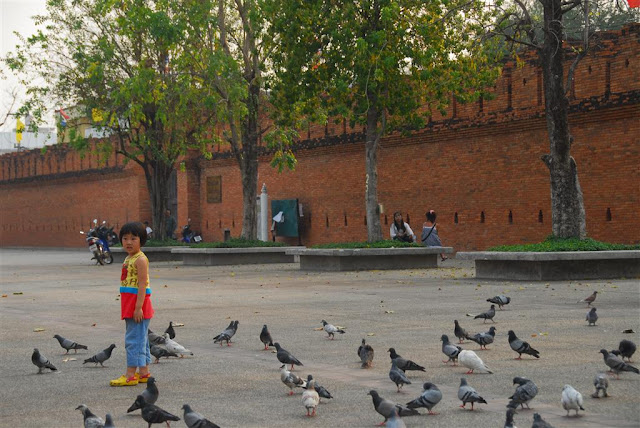 The wall surrounding the old parts of the city. 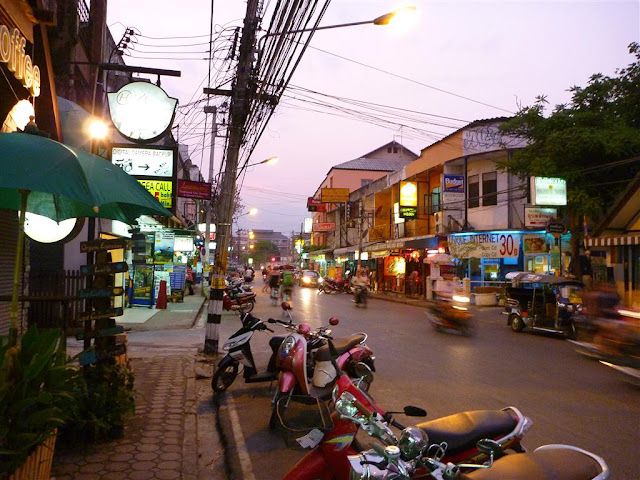 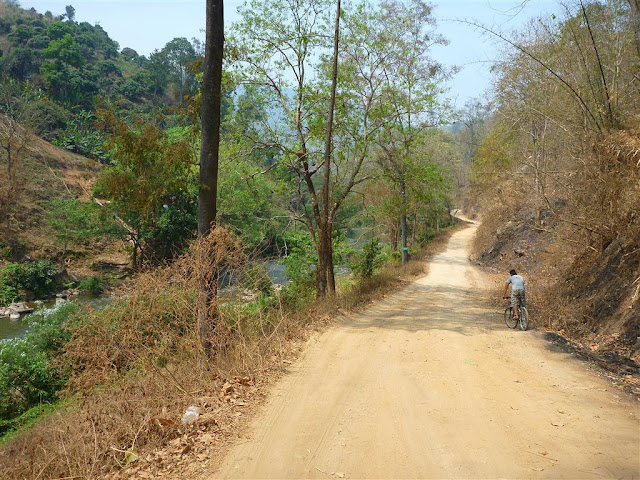 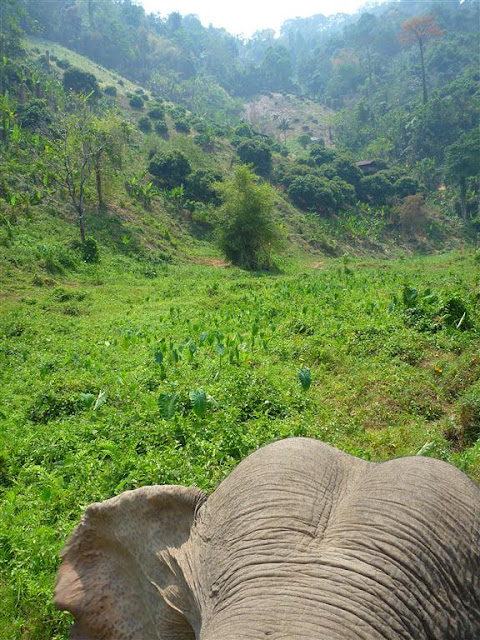 View from the back of an elephant. 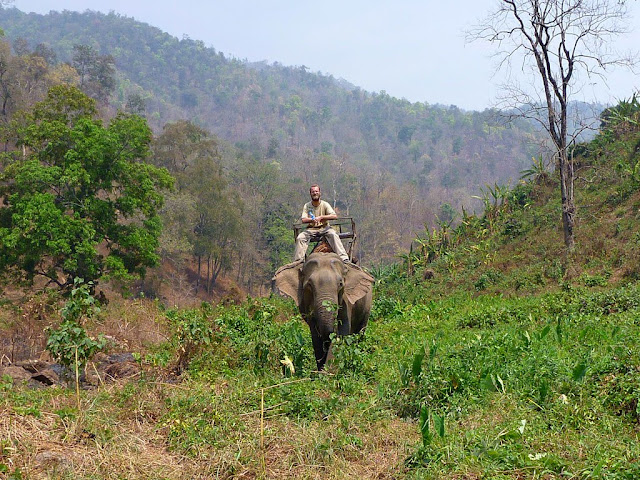 The elephant and I. 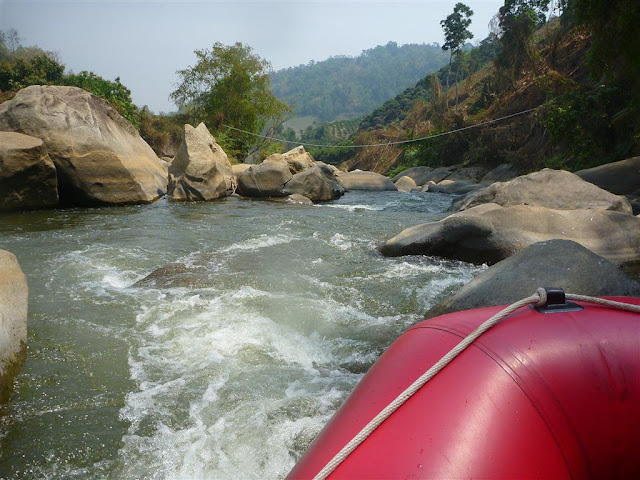 My waterproof camera actually turned out to be waterproof. 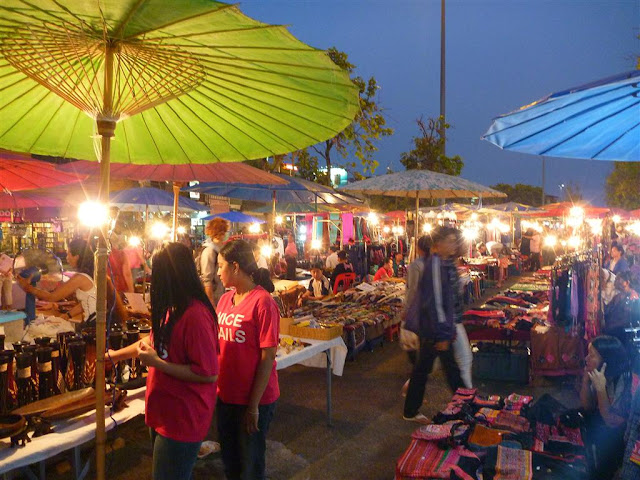 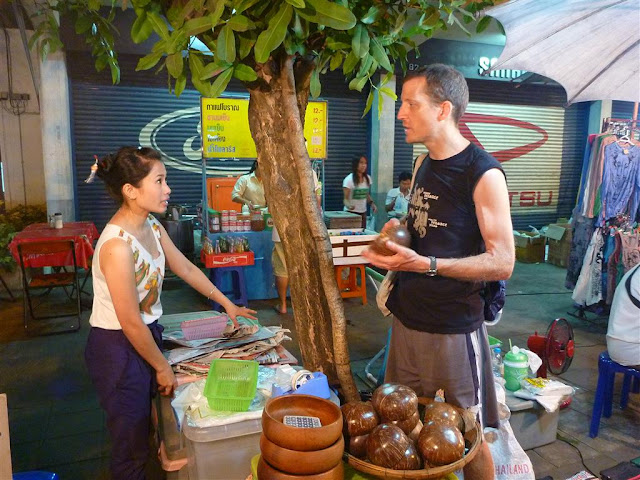