April 19, 2010
My feelings were a mix of joy and sorrow when I rode in to Hanoi. I have been cycling through Singapore, along the western coast of peninsular Malaysia, the entire length of Thailand, over the mountains in northern Laos and part of the infamous Highway number 1 in Vietnam, but this is my final destination by bike. During my fantastic journey I have met some incredible people, and one of them is waiting for me in Hanoi.

I had stopped for the night in Ninh Binh, famous for its beautiful surroundings. While it wasn’t nearly as beautiful as much of the scenery I have experienced in Laos and other places, it was a welcomed change from an otherwise dull ride on Highway 1.

An old man having a flat tire on his bicycle waved me over. We talked a bit, had a smoke, and I gave him my repair kit which he was very grateful of. I left him, hoping that this good deed gave me enough karma, that faith is fair and I wouldn’t get a flat tire on the last day. A couple of kilometres later I realized he probably would have needed a pump as well. It was a stupid oversight that brought my karma back to normal.

Hanoi, celebrating its 1000 year anniversary, is referred to as the Paris of the Orient by my Lonely Planet guide book. I was trying to figure out why while I was dodging a million scooters each driven by a completely insane driver, but I couldn’t find the resemblance. I somehow survived the traffic and found the hotel where Iunia had made reservations. She smelled so good that I realized the first thing I must do is to throw away all of my clothes and buy a new set. I’m going to miss my Smith & Wesson shirt.

With Iunias company Hanoi became a great city. Finding clothes turned out to be harder than expected though, in Asia even shirts of size XL are too small.

My darling bike had fulfilled her purpose and it was time to loose her. Merchants in Hanoi are organised by street, there is a street for shoe stores, a street where everyone is selling bags et cetera, and we tried to find the bicycle street. It brought us outside of the tourist area but the address with the supposed store didn’t even have a building. We ended up at local café having some coffee, beers and a very interesting prune juice.

With some local help I found the right street. The first bicycle shop discovered a crack in the front fork; my darling was injured! They refused to buy her and I went on to the next shop, right next door. They immediately found the crack and offered me an outrageous 1.2 million Dongs. I tried to bargain, I begged, I got down on my bare knees and cried (not really) but to no avail. I had to accept the fact of getting ten percent of what I paid for the bike just three months earlier.

The rest of the week was spent relaxing, sightseeing and, to Iunias dismay, eating a lot of fattening food.

We also happened to down a countless number of Gin & Tonics.


Distance:
65 km from Thanh Hoa to Ninh Binh.
93 km from Ninh Binh to Hanoi.
Total: 4494 km. Since I’ve been riding other bikes and short distances not accounted for, I’m going to round off to a nice even number. 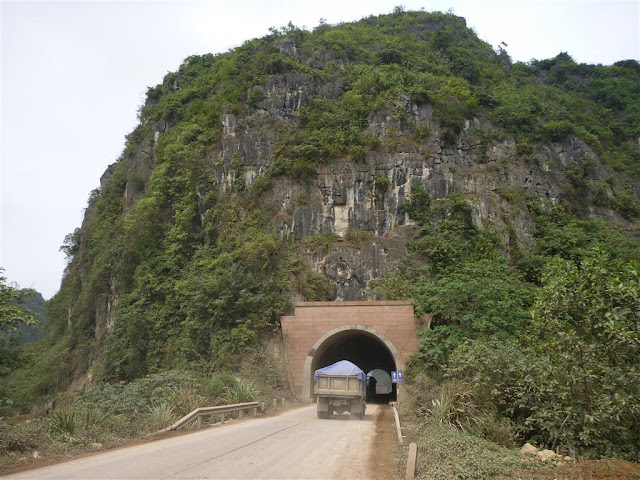 The first and only tunnel I passed on the trip. 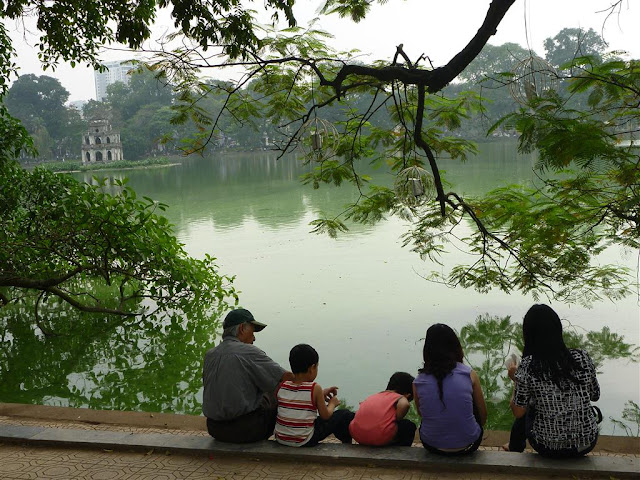 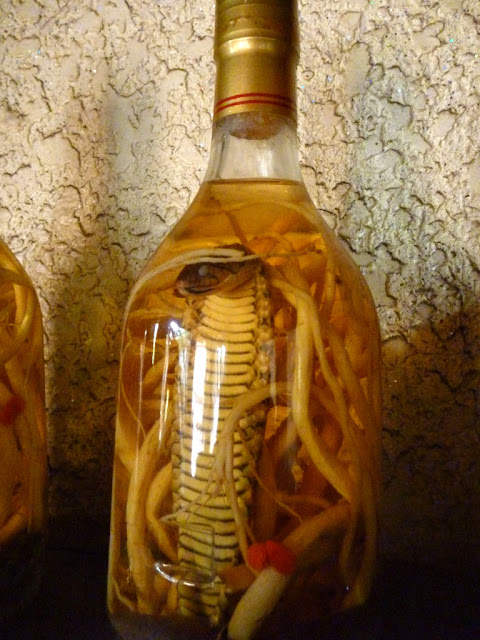 Snake wine. I didn't try it. 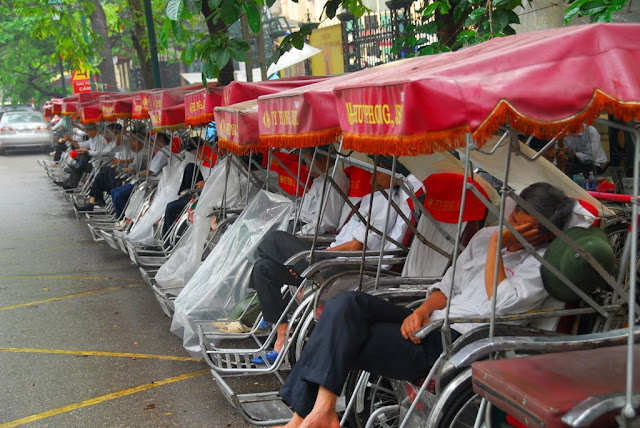 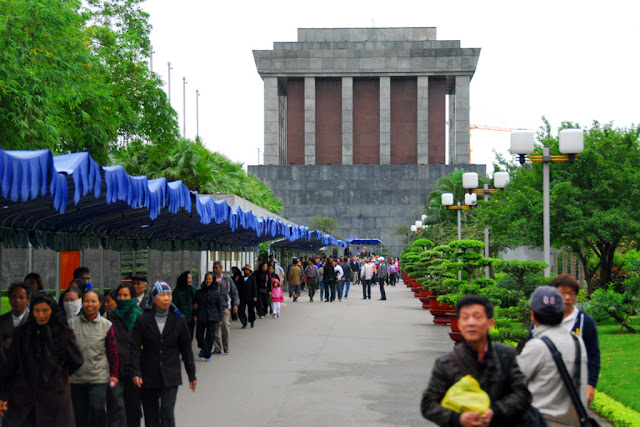 Ho Chi Minh stated his wish to be cremated. They didn't. He is in there as good as new. 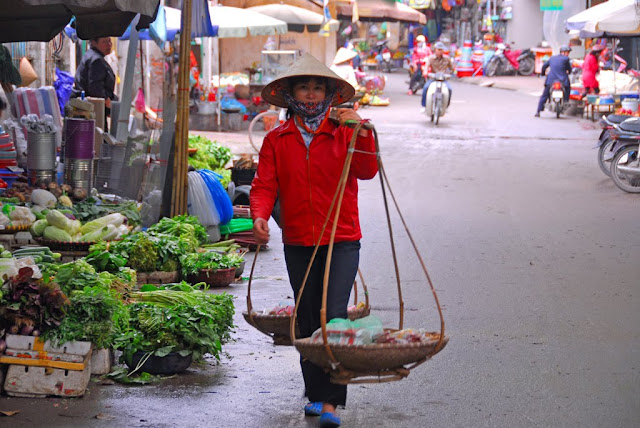 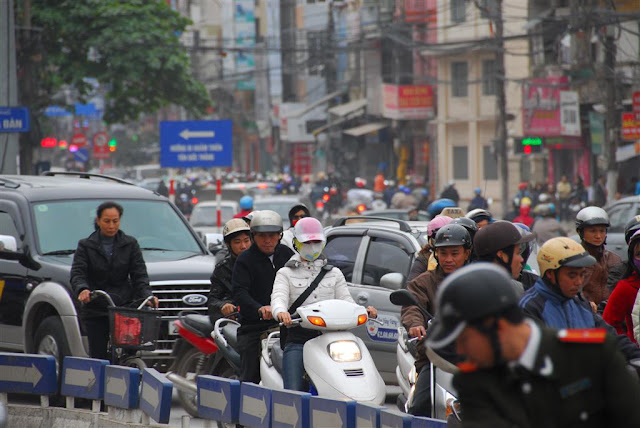 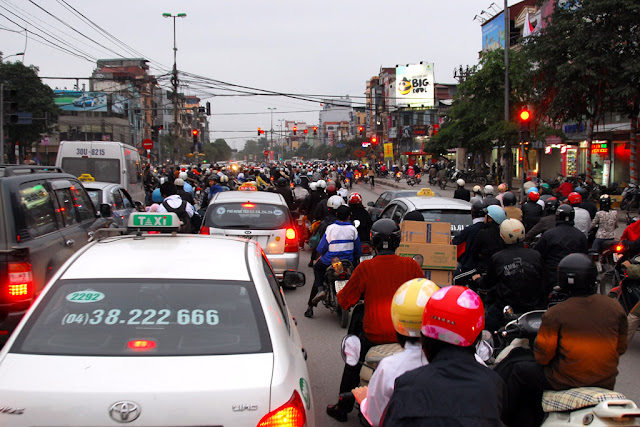