May 01, 2010
The rain was pouring down outside the bus to KL, while I was sitting in a comfortable leather recliner with massage functions watching the road pass by. I couldn’t help thinking about how much I rather would be out there on the shoulder riding a bicycle.

I had taken a flight from Hong Kong to Singapore and then left again a few days later, saying goodbye to Iunia for the forth damn time, to spend the last days of this trip with Ezer in Kuala Lumpur. He’s not a girl, but he’s got other qualities.

I had a weird sensation of déjà vu visiting a city I for once knew my way around. I also had the same depressing feeling of separation from a woman that I had the last time I explored this very town. Back then I walked around the capital, this time I got lazy and treated myself with taxis to visit some of the sights I missed the last time I was here. I visited the Aquarium and I watched the sunset from the KL Tower.

Depression started to kick in and to prolong the trip Ezer and I stayed up all night the last night. No reason to sleep when you have 30 hours of travel ahead of you. The night ended anyway and in the morning I took the bus back to Singapore.

A Singapore Sling at Raffles Hotel, something you supposedly have to have when visiting Singapore, finished off this trip. I took the last sip, grabbed my stuff and left the bar for the MRT towards Changi Airport. While walking towards the MRT station I closed in on a large group of teenage girls standing outside of a hotel. Some kind of school excursion I thought and started to make my way through the group, much to the girls’ dismay. I had almost succeeded getting through when they all began to scream and wave their arms like crazy. Some guy surrounded by half a dozen body guards exited the hotel while the girls yelled and fired off their cameras at an impressive rate. I don’t know who the guy might be, but I was clearly not among his target audience as I was the only one with a beard. Well, I am almost always the only one with a beard, but you get my point.

There I was, back at the airport where it all started four months ago, having a beer at Harry’s, the rooftop bar. It feels like an eternity have passed, but at the same time it feels like yesterday I was shocked by the heat I now have gotten accustomed to.

Ice in the beer helps a lot. 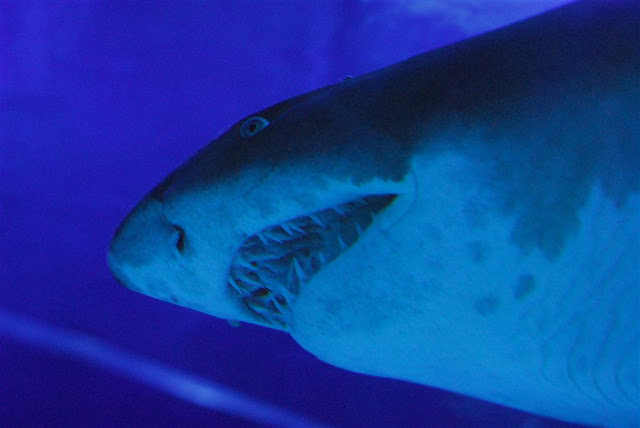 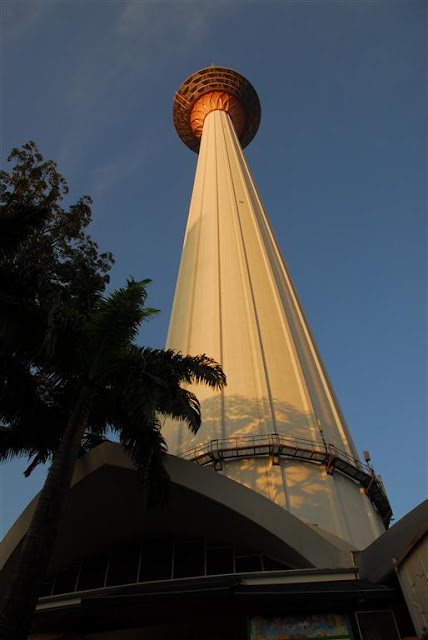 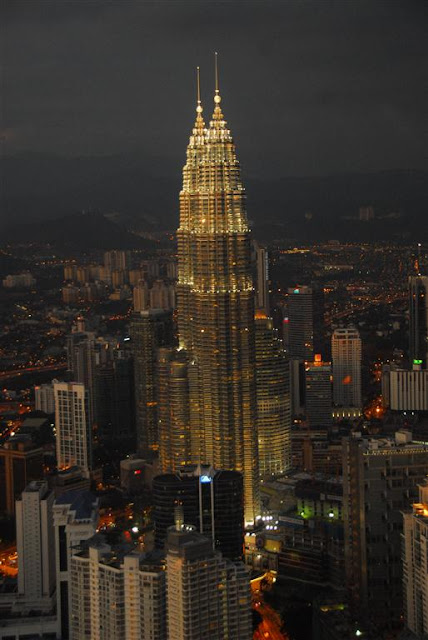 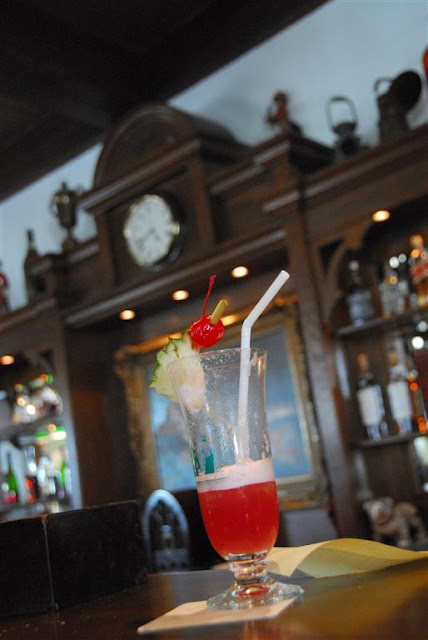 The original and best. Singapore Sling at Raffles Hotel.