September 28, 2015
It wasn't the best of mornings. Ants had found their way into our food supply, and I didn't even know ants liked salted peanuts. We didn't have enough canned food to get to Elliott, the next town with a store and the road houses rarely had a supply other than soda and ice cream. Also, we were leaving Daly Waters Historical Pub, a magical place full of pies and pancakes.

As we dropped off the key a lady approached and presented herself as from ABC Rural Radio. She wanted an interview. I responded to her questions as well as I could possibly do and she seemed satisfied.

We had not had breakfast yet because we planned to eat at the next road house, only 8 km down the road. On our way we met an older couple walking on the road. They had their camper nearby and were just having a stroll. They offered to solve our food shortage, went to get their ride, and we met up at the road house. We bought them coffee and they gave us eggs and canned beans. Perfect! A long conversation later and we parted ways.

The clock was now way past 10 and we had hardly got anywere, but thankfully we were fully stocked with food.

The road turned out to be very nice and smooth and we just kept skating on. We arrived at the rest area which I earlier the same day had desperately been longing for. But we had plenty of energy left and pushed on. Soon we arrived at Dunmarra, 53 km from where we started that morning, with plenty of time and energy to spare. A record day and the first time we broke 50 km.

The road surface makes all the difference.

Or, more likely, it was due to proper refueling of beer in Daly Waters. 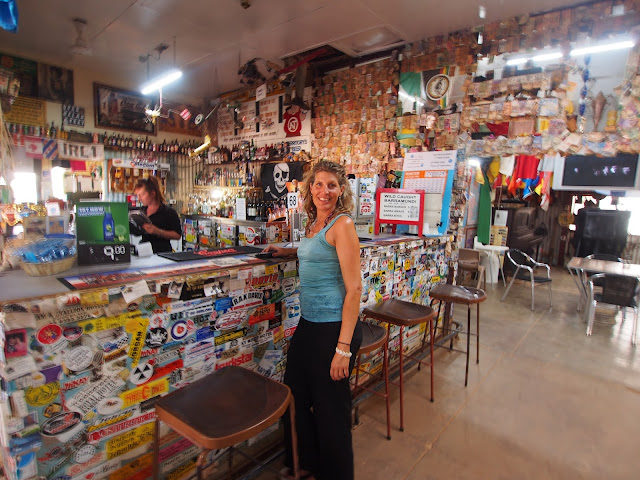 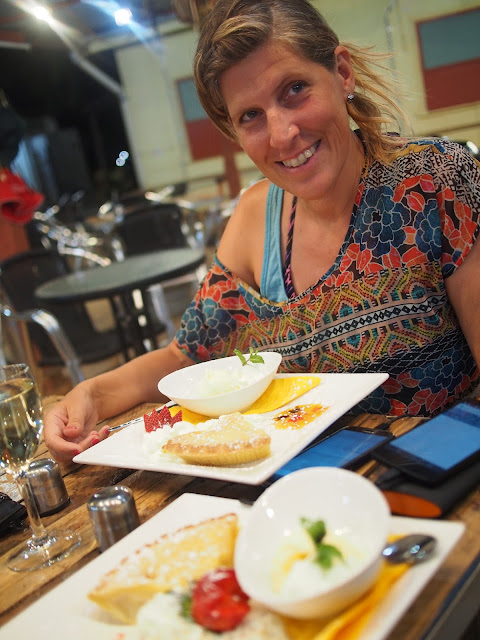 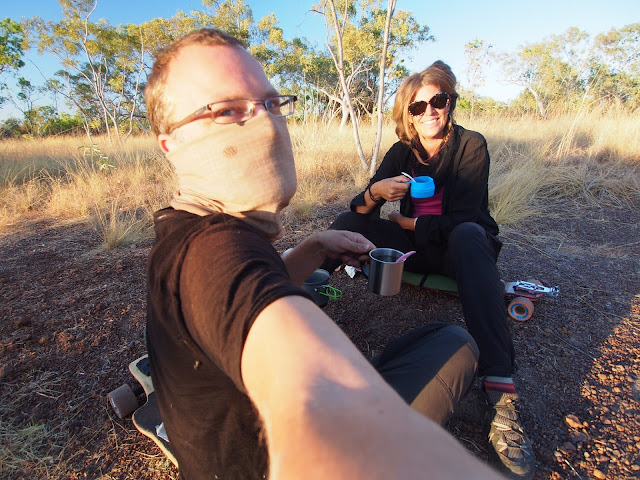 Coffee in the outback. 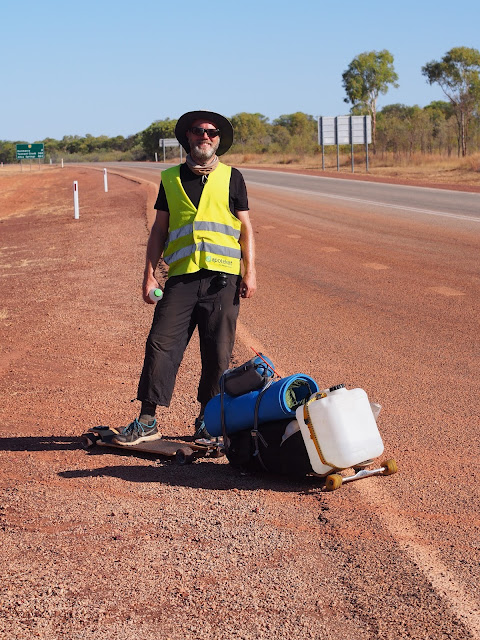