September 20, 2015
The road surface has improved a lot from a longboarder's point of view. Far from Darwin the pavement gets neglected and years of road trains have worn the rough, most likely cheap, tarmac into something smooth that is almost enjoyable to skate on.

The traffic is lighter too. It got sparse after Katherine but almost died out entirely past Mataranka. However, when two road trains meet on the road they always seem to converge at the exact point where I am at.

Due to these two factors our daily progress have advanced considerably. Nontheless, we are not even close to my naively optimistically projected daily average of 50 km, the longest day so far being 48 km, and a total average of a little past 31 km. I have coworkers running longer distances before I get up in the morning.

We are not going to make it across the continent in the alotted time, and have to settle with Alice Springs as the ultimate goal.

I think it's because I'm not drinking enough beers.

Yes, that must be it. 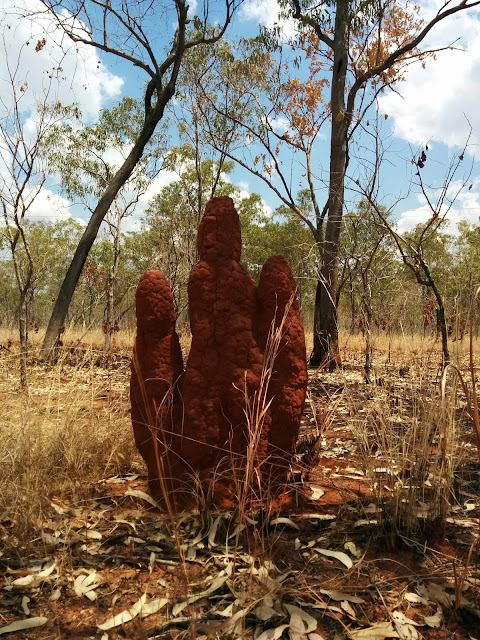 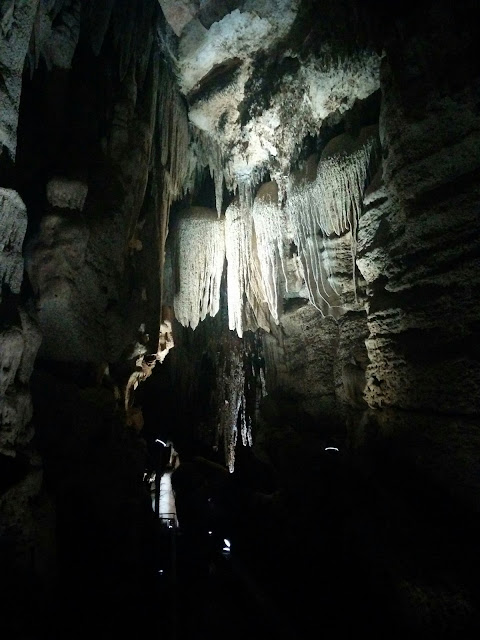 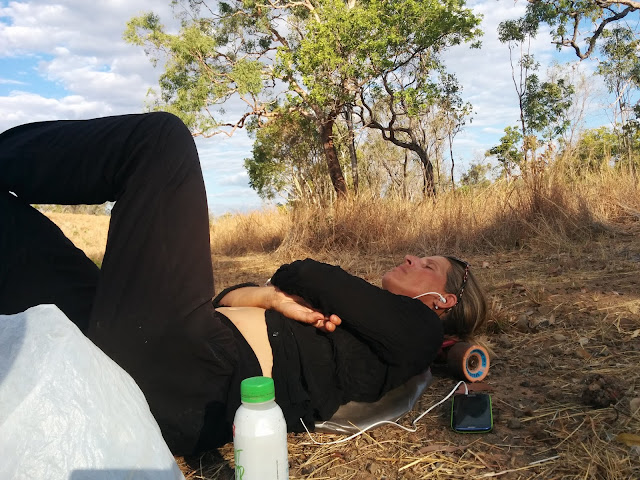 Audio book next to the highway, after a nice cup of hot chocolate in 40°C. 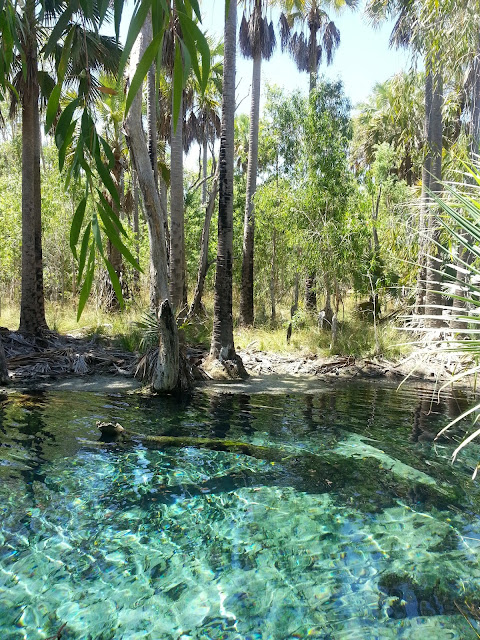 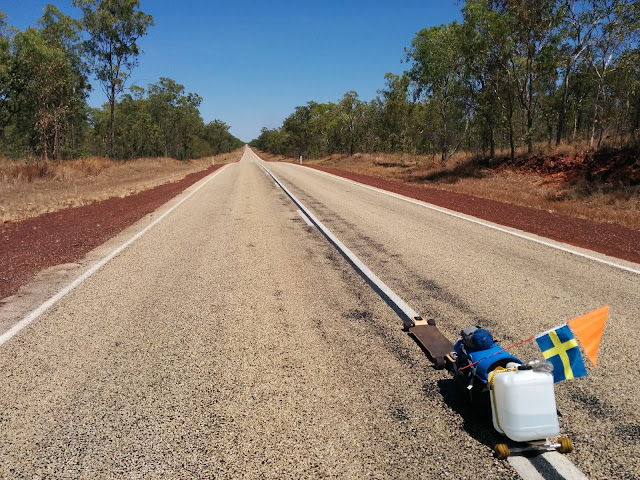 It's getting more red. Or it's exactly the same. I don't know. 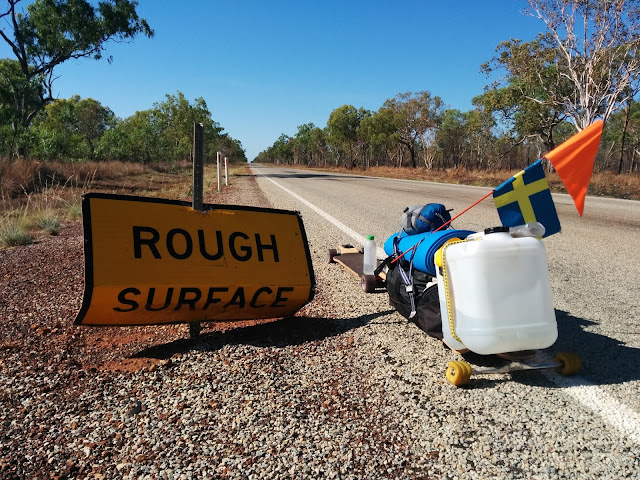