October 08, 2015
Despite the lack of food and alcohol, Banka Banka Station turned out to be a rather nice place.

I was reading the crime stories and solving puzzles in a tabloid magazine I found, and because of that got a major deja vu from my family vacations to Spain during my teenage years, when the wind suddenly picked up.

The headwind is getting even worse I managed to think before things started flying all over the place. Within seconds we were enclosed inside a red dust storm. A large whirlwind, a dust devil or, as they say here, a whirly whirly, passed right where we were sitting, throwing chairs, our stuff and above all red sand all over the place. We'd seen several before at a distance, but never expected to be caught inside one.

We left Banka Banka although we really needed a rest day. We were tired after several hard days and it was still three days to the next town, Tennant Creek.

Then the magic happened, for the first time since Darwin we got a tail wind.

This rare, almost mythical, event for you who don't know, is when there is a wind blowing and it is coming from behind. The wind thus is actually helping you in your direction of travel instead of hitting you in your face and brutally murdering your ambitions. I know, it is hard to believe since most people never experience such luck in their lifetime. But I'm a lucky guy.

Entering Tennant Creek marked our 1000 km anniversary and it was a great feeling to celebrate with a couple of beers and gin & tonics. We were denied a glass of wine though, ridiculous local alcohol restrictions require food to be ordered with wine.

But I couldn't eat more, because I just had a massive kangaroo pizza. 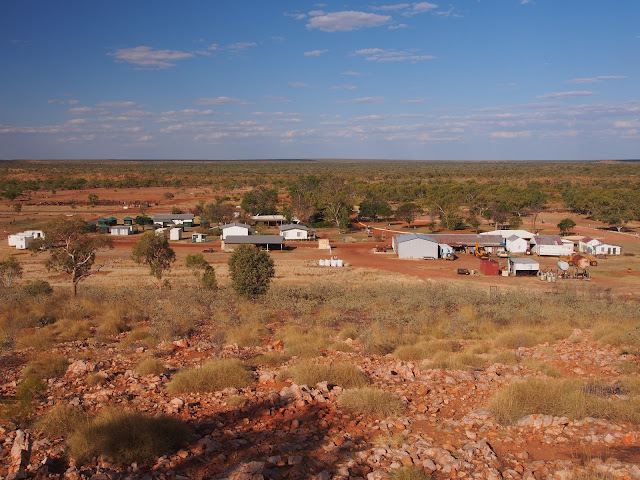 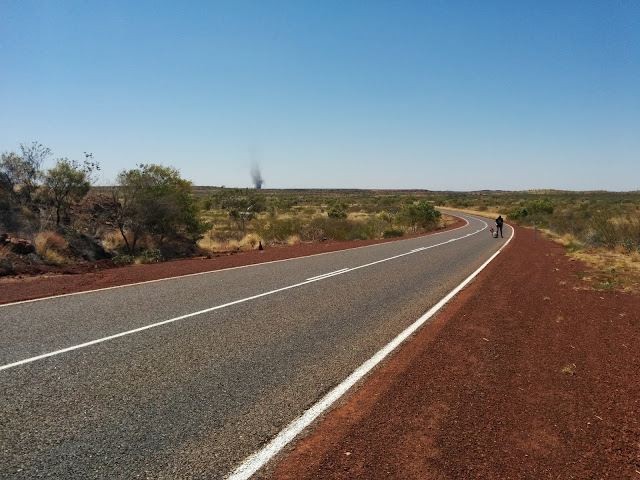 Sofia is battling an uphill with a big whirly whirly in the distant background. 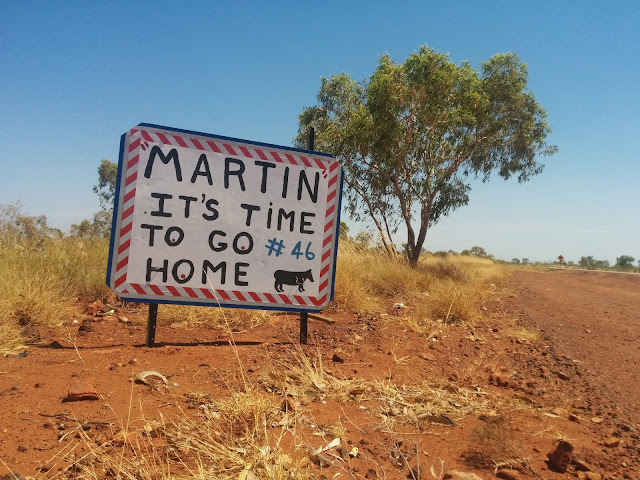 Who's Martin? Did he ever come home? Why is his name in quotes? Where is home? Is Martin a cow? Can he read signs? 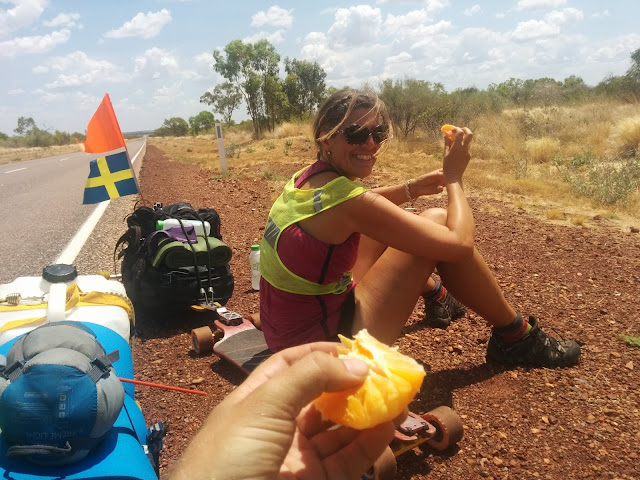 A delicious orange, another gift from a passersby.

A rather nice bike path the last few km into Tennant Creek.