Into the Red Centre

October 06, 2015
We left Elliott fully stocked, enough food to get to Tennant Creek with spares left. We didn't wan't to worry about food again.

Elliott, or Idiott as some people seem to call it, is not only the half way stop between Darwin and Alice Springs, it is also the gateway to the red centre desert. The tropical north with it's lancewood trees is replaced by vast expanse of open space. Welcome to the outback.

The road became worse again. Or better, if you ask a motorist, I guess.

Also, it got windy. Headwind, of course. It always is.

The days became a long constant battle against the circumstances. Push, push, push, a few metres at a time. We progressed slowly but consumed too much water. One particulary hard day we managed to skate only 30 km in over 7 hours, and drank close to 8 litres of water. Each. I tried to keep my salt level up but I didn't feel too good.

I tried to imagine a slower way to travel but couldn't think of any. Maybe with a pogo stick? No, that would probably be faster than this. My next adventure should be by pogo stick. A pogo stick to the South Pole. There is ice there. Mmmm, ice.

We had a cup of tea that night, contemplating our water shortage, when I suddenly realized we recently passed a muddy puddle. Muddy puddles are a rare thing around here this time of year, which is why I had noticed it. Why don't we give our water filter a real challenge? So far we've used it on spring water probably safe to drink any way.

We walked back and climbed down to what was left from last years rainfall, now full of bird poo and cow shit. Yummy!

I filled a bottle and pushed the brown liquid through the filter. Out the other end came a crystal clear stream of water. I didn't hesitate to taste it, and it was the best tasting water I've had this trip. If I manage to get through the night without horrible diarrhea this filter is fantastic, I thought. And I managed.

As we approached Banka Banka Station, where we had planned for a rest day, Sofia expressed her concern about the signs not mentioning food. What if they don't have anything to eat, she asked. Do we still carry enough food? What if they don't have BEER was what I worried about. Nah, of course they have beer. I laughed at myself and ignored my silly line of thoughts.

Well, they did have beer, they just didn't feel like selling it. Their tiny bar were closed that day, a Saturday even, and I got the impression it was because something was on TV.

No rest day in Banka Banka, that's for sure. 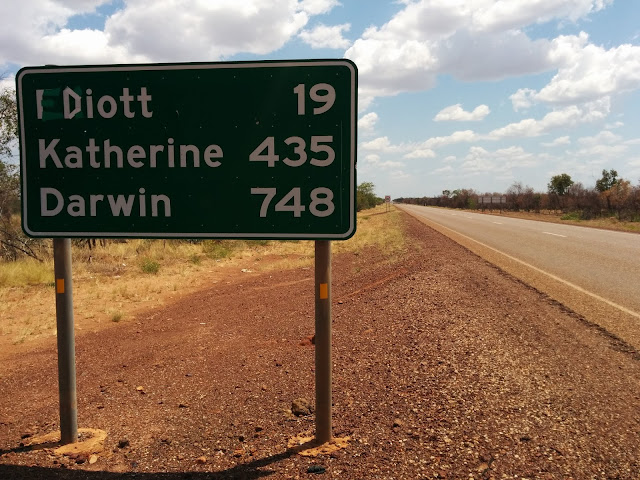 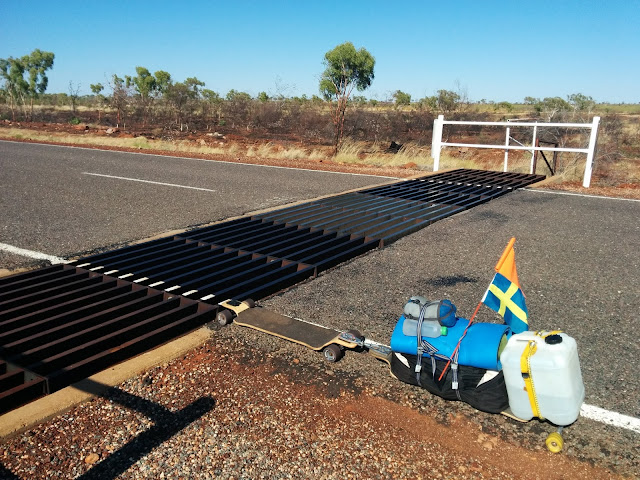 Oh no, it's impossible to pass! 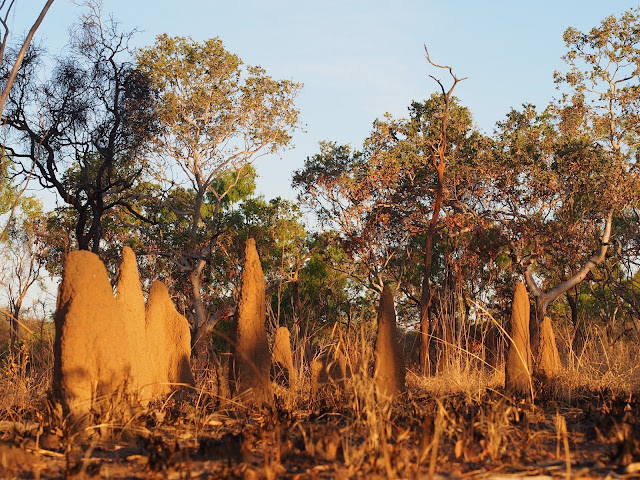 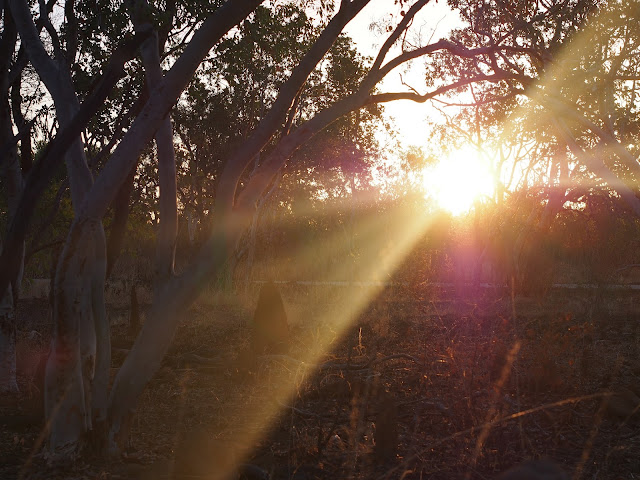 Sunset in the outback. 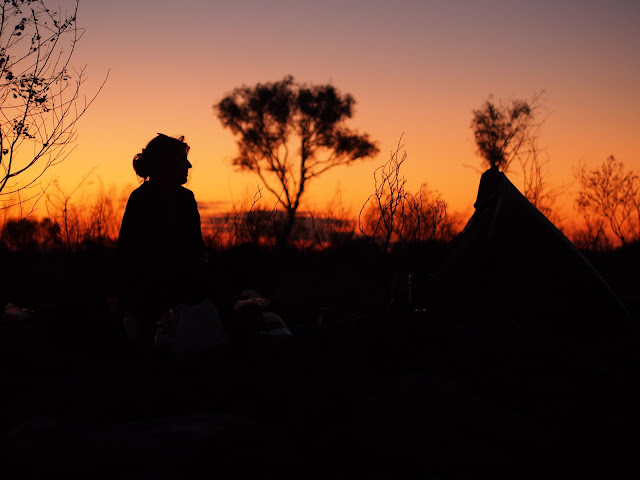 Another sunset, at camp. 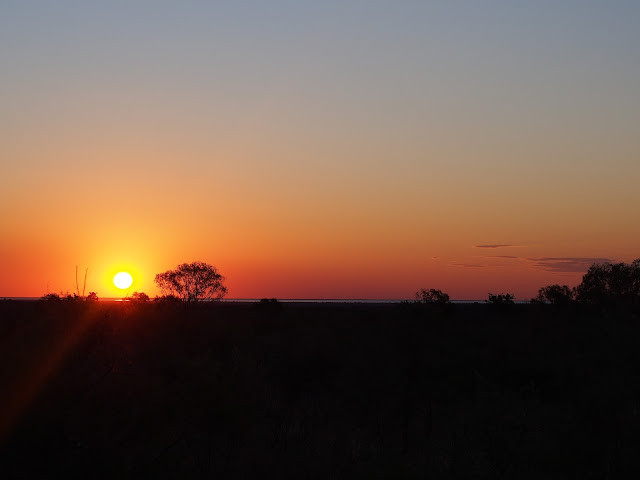 Sunset over a distant Lake Woods. 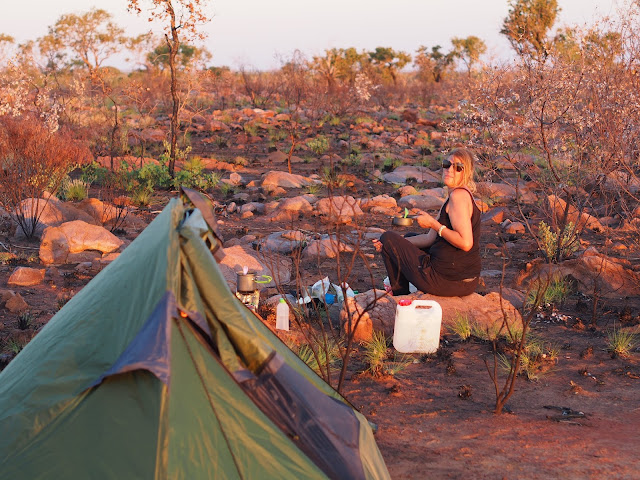 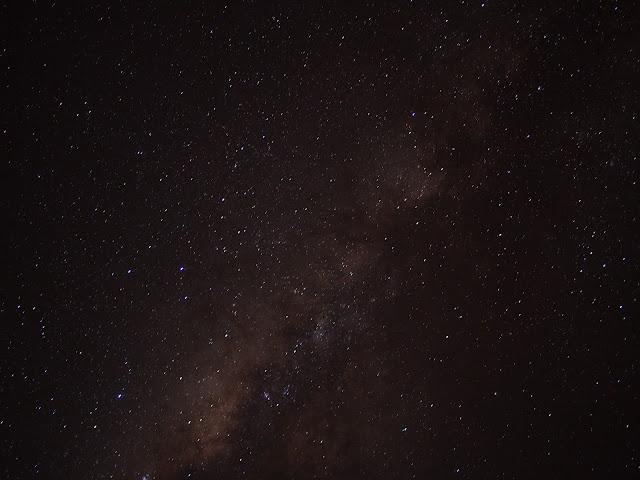 The night sky with its magnificent Milky Way. 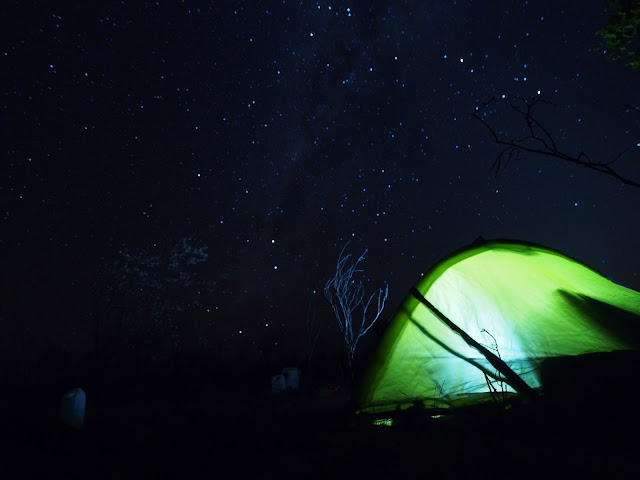 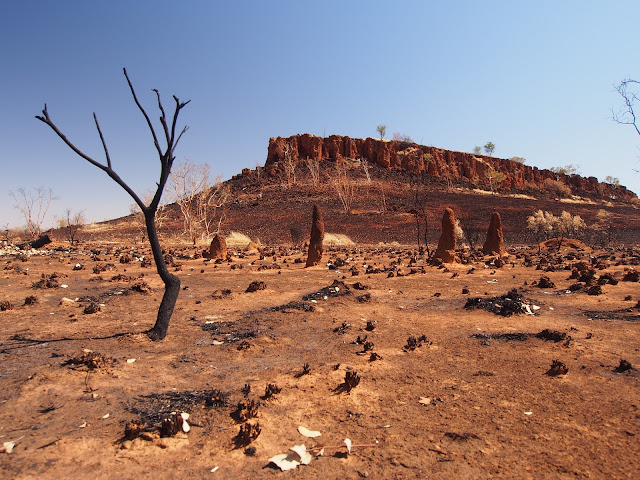 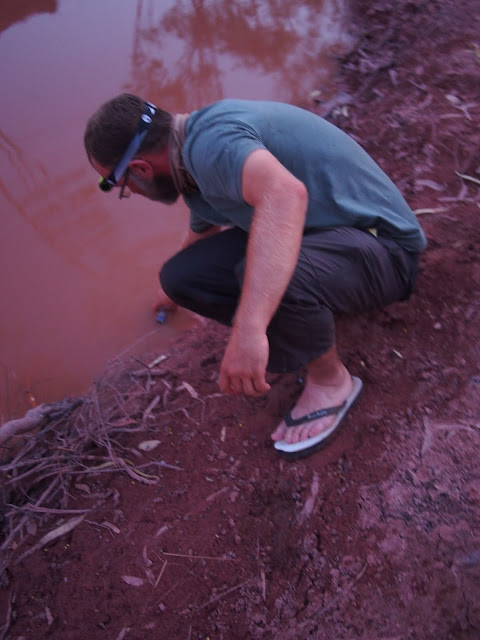 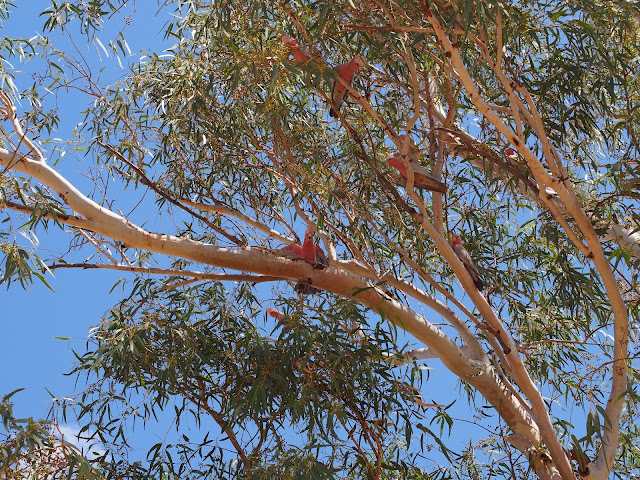 The sound of the rising sun at Banka Banka Station.