Clueless along the coast

May 23, 2018
January 5th, 2010. A youngish Anders Karlsson has just arrived in Singapore and while he doesn't know it yet, he is about to embark on a life changing adventure that is going to define his future. Not knowing, that is the reason his excitement can be comparable to a child's intense anticipation the night before Christmas. It is his first time in Asia with everything that encompasses regarding culture, sound, smell and climate, and the first time traveling completely on his own. When he left Sweden the temperature was ten degrees below freezing, then as the automatic exit doors at Changi Airport slides open the hot and humid Singaporean air hits him. “I am going to ride a bicycle in this heat? What was I thinking?”

That is not at all how things transpired this time around. Sofia and I left home slowly, our first stop was an old friend 25 km away, a route I have ridden countless times before. There was no culture shock, no sudden change in temperature. Usually when one travels you leave your home and some hours later you arrive at a place quite different from where you started, kicking you out of your daily routine, maybe even dragging you out of your comfort zone. That is how your brain knows you are traveling.

Sofia and I had ridden south a couple of days before we even felt this was more than a weekend trip to a neighboring town. It was nice to explore areas I've grown up close to but yet never taken the time to experience, but we longed for far away land so we boarded the ferry, to Denmark. 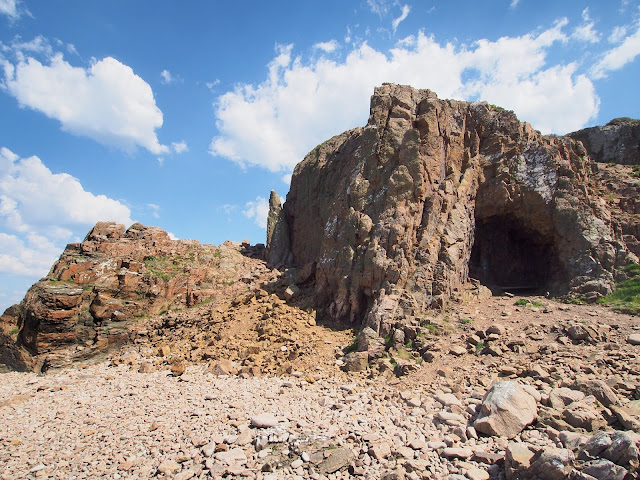 Hovs Hallar. Right here Max von Sydow played chess with Death in The Seventh Seal. I've never visited this place even though it is close to home. I haven't seen the movie. Also, I suck at chess.

Denmark isn't really that exotic for someone born and raised in southern Sweden, but I haven't seen much outside the cities of Copenhagen and Helsingør, so we rode the rural coastal path along northern Sjælland. Maybe it's the extraordinarily good weather, two weeks of clear skies and not even the usual soul destroying wind, but it turns out to be fantastic cycling along the ocean.


Some cuts from my helmetcam. Riding with a cam makes me look cool and handsome, Sofia says. 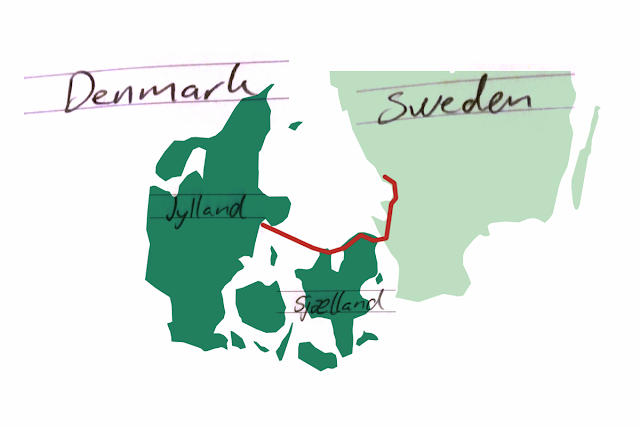 Does this map make any sense at all?

It takes a few days before the routine sets and things go like clockwork. In the beginning it's mostly trial and error until you find what works and what does not. On prior trips we have always had a plan to execute which sped things up, but this time we are mostly fumbling along, still trying to wrap our heads around the fact that we are not on a weekend trip. 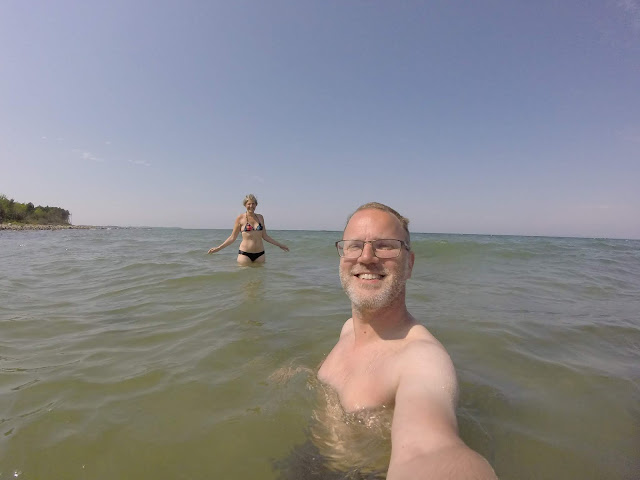 First swim of the year, mostly out of necessity, not because we really wanted to. 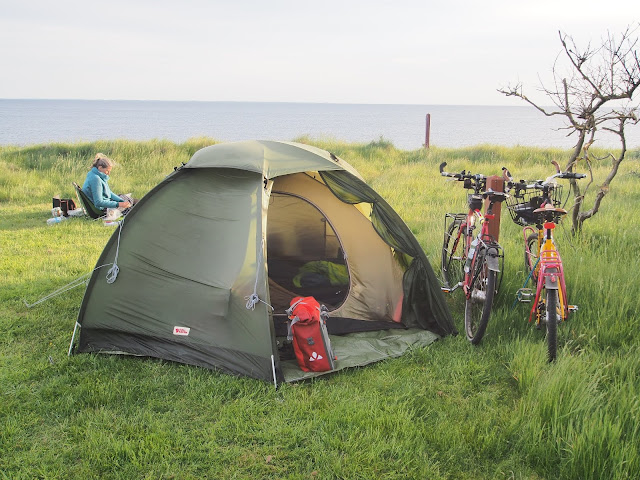