May 16, 2018
I have been dreaming, planning, saving, for the better part of a decade. Yet when the conceived hour of departure came and passed I hadn't even packed my bags, still contemplating what of my few possessions to bring and what to discard.

I hadn't even had the time to meet with all the friends and family that I would have wanted, giving me a slight bad conscience.

It's usually how it goes. When I left for Australia almost three years ago I was still mopping the floor in my soon to be someone elses apartment at 6 AM when the taxi pulled up outside.

My oldest tab in my internet browser, several years and counting, is an article called How to Beat Procrastination by WaitButWhy. How to beat procrastination. It's right there. Some day I am going to read it, dammit! Yes, I have issues.

Several hours too late in the day Sofia and I finally and hastily put the panniers on the bikes, hugged the closest family goodbye and with dad filming we were on our way. 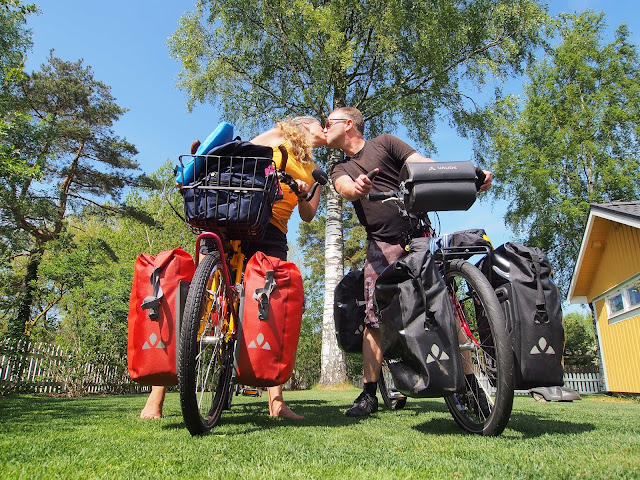 With “on our way” I mean that I was wobbling down the street on a bike that was on the verge of being completely uncontrollable. I had to fight both physically and mentally just going straight ahead while the handlebar did its best to turn itself left and right with a frightening frequency.

I have packed too much I thought. My normally overly sturdy front rack looked like it was made of noodles, twisting itself in unnatural ways. I am not going to be able to get very far this way.

Literally minutes earlier I had tried to calm my mom by telling her my purpose built bike was rock steady even under heavy load, but I had clearly lied. Maybe, just maybe, I should have tried packing the bike some time before actual departure.

The total weight, bike and bags but not water, is 60 kg. Heavy, but still less than what the manufacturers claim it can handle. I was not even 100 meters from home and my mind was already searching for something in my bags that I could throw away. On previous tours I've been traveling in warmer areas and the trip has been short enough to manage without shaving equipment and such, but this trip required some comfort items I never bothered with before. I couldn't think of anything I could get rid of, everything is indispensable. 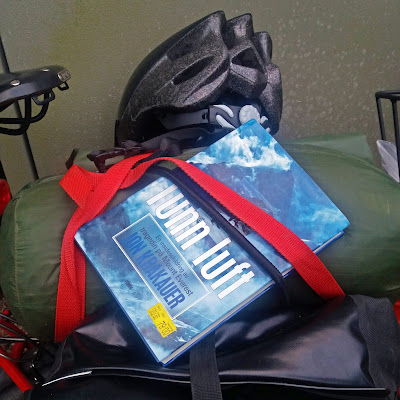 In retrospect, maybe carrying the hardcover of Into Thin Air wasn't completely necessary.

Somehow I learned to counter the free will of my front wheel and with constant concentration we reached our first goal and set camp.

Some quick research about weight distribution on a touring bike revealed the problem; weight should be put behind the axle, definitely not in front of it like my speedy setup had positioned it. Some adjustments of the pannier hooks and the bike was again as solid as it had ever been.

That was a relief, now I can procrastinate. 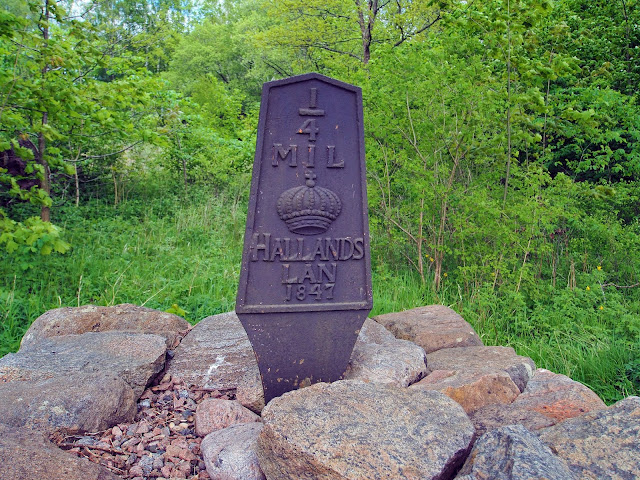 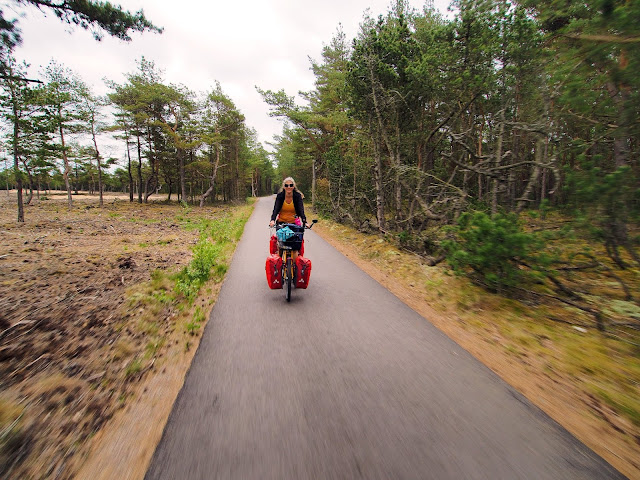 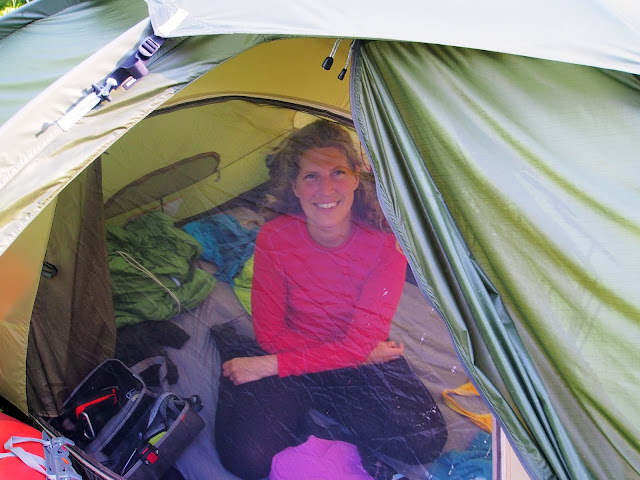