June 21, 2018
The geography shapes the culture, and the culture shapes the language. Or something, I'm not a linguist. It might not be true that the Inuit has a hundred words for snow, but it's quite telling that there is a word in Scandinavia for currently not raining.

If you sit at home in your sunny country and call your Scandinavian friend the conversation will very likely turn out something like this:

-"Hello there, my northerly buddy. How are things?", you say.

-"It's just great, my low latitude pal! It is oppeholesvaeder!"

-"Currently not raining? So, it's a sunny day?"

-"No, it's probably going to rain any second now, of course. It's just currently not raining. It's awesome!"

Uppehållsväder might be the dominant weather type in Scandinavia, at least where I am from. Overcast with a constant threat of a shower, but yet not raining.

It literally means a pause in the weather.

Our visit to Iceland has so far been dominated by uppehållsväder. We can often see rain in the distance behind us where we camped last night, and now and then we ride on wet pavement, revealing we just missed another shower. We have reached cafés or pitched the tent while the rain waited for us to get inside. 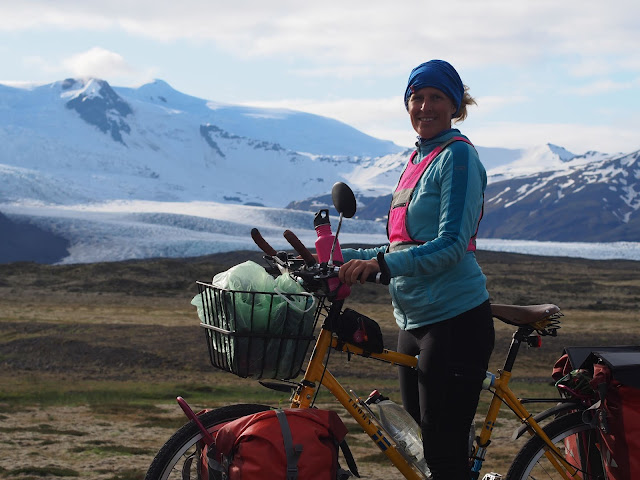 Don't be fooled, the weather sucks. 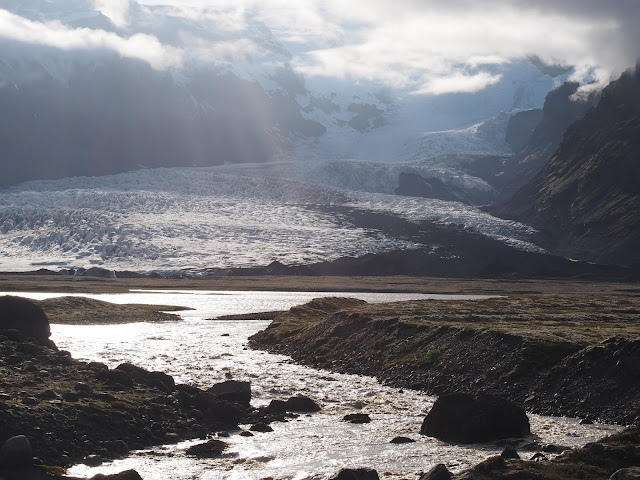 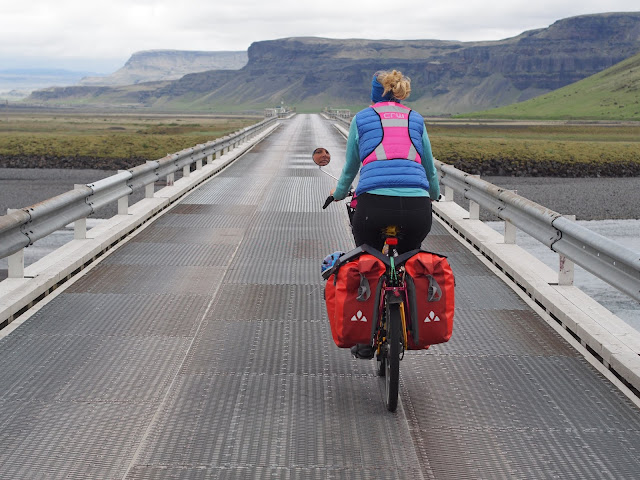 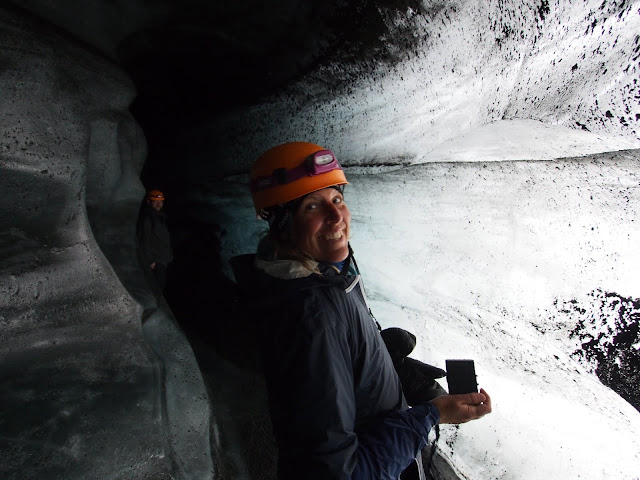 Closing in on Reykjavik the traffic and the number of tourists are increasing rapidly. Somehow, like with the rain, we have been fortunate enough to avoid the worst crowds. Sometimes we've reached a popular site early enough, before even the earlybirds have had time to drive from Reykjavik. Sometimes the lack of tourists were harder to explain, considering the buses on the parking lot, until we got to a pub filled with all the missing people. Apparently there is some kind of game going on, and Iceland is winning. As far as I can tell from the screaming. 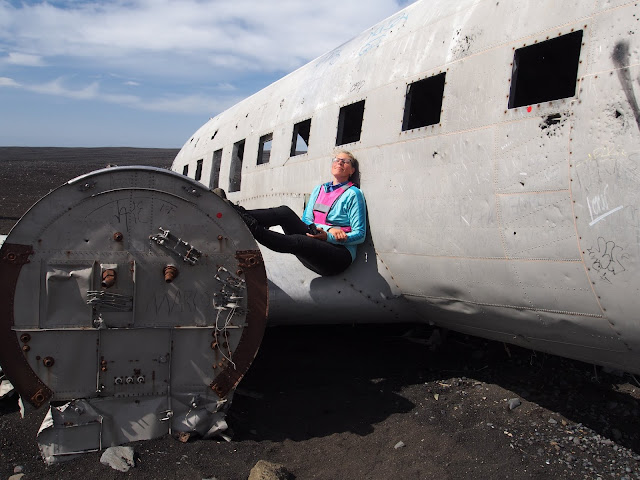 We made it before the masses, even though this US DC-3 crashed in 1973. 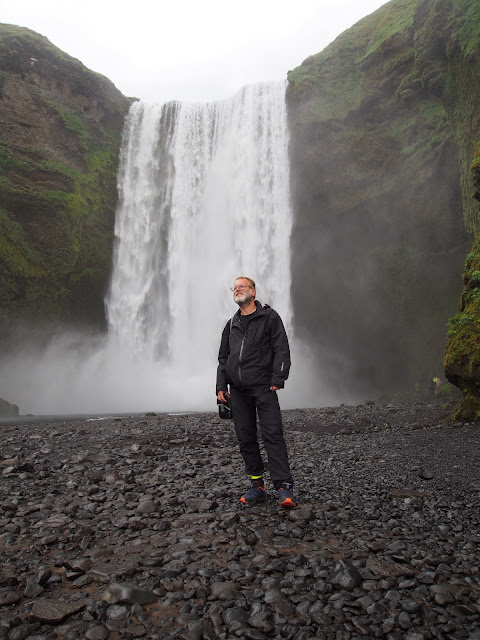 Meanwhile people are watching TV of other people running around. 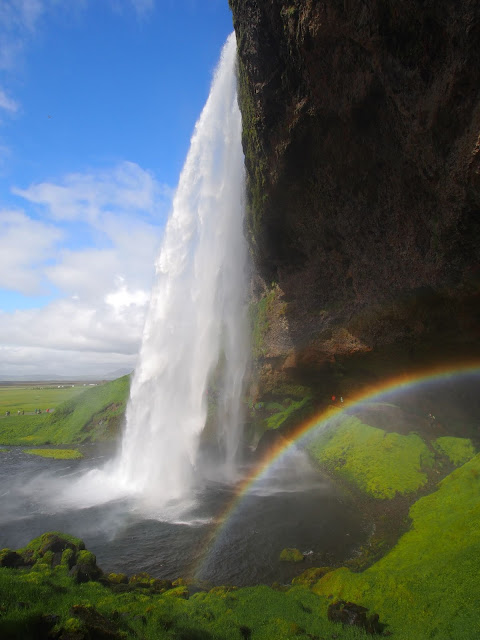 Seljalandsfoss is scenic despite the tourists. 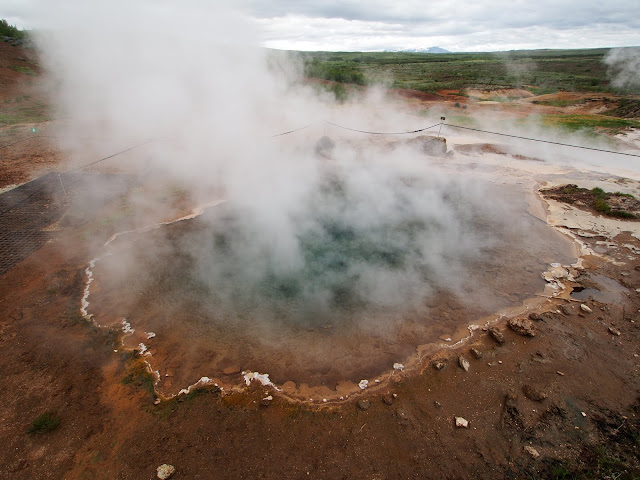 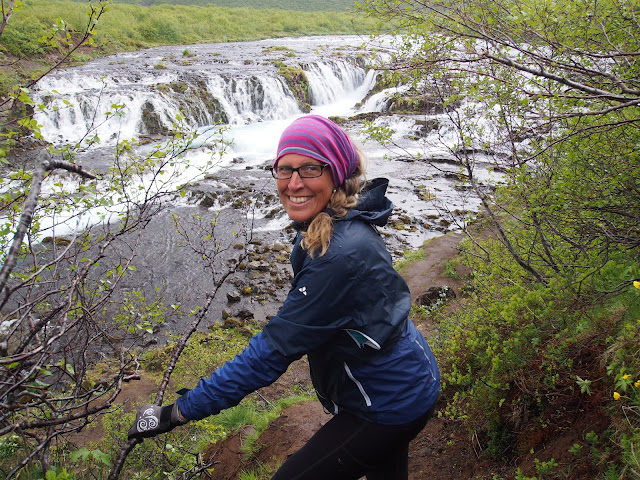 Bruarfoss, beautiful waterfall not yet ruined by tourism. 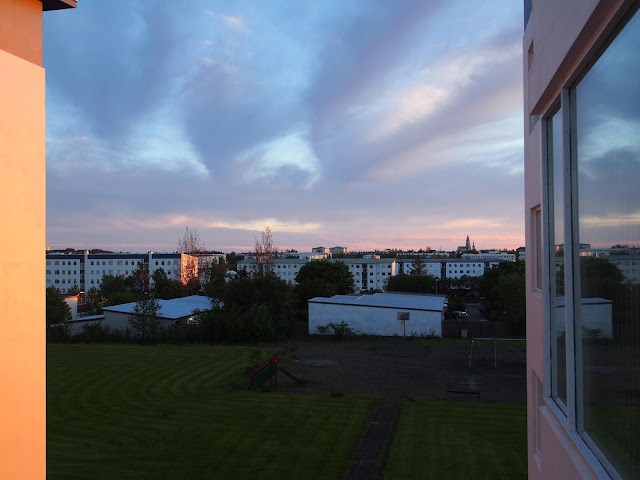 Finally in Reykjavik, view from apartment.