Warming up in Iceland

June 13, 2018
"What if the wind always blows counter clockwise around this island, and everybody but us knows this? What if we're going the wrong way?", I thought over and over and over as we were fighting against a brutal headwind, again.

This wasn't the first time this kind of paranoia hit me, and it's not going to be the last, because I never plan ahead for some reason.

We met Uwe on the ferry, driving an electric motorcycle, a first on Iceland. He knew exactly where he could charge his Zero S. Two German cyclists on the same boat knew precisely where to camp.

Me, I don't even know how I ended up in Iceland!

A month ago Sofia and I discussed whether we should go to the Faroe Islands for a week, or rather just hurry down to warmer climate. Instead, somehow, we are spending more than a month in the cold.

Sweden and Denmark are pretty flat, combined with the excellent weather most days were a leisure usually ending with a bottle of wine at the beach. 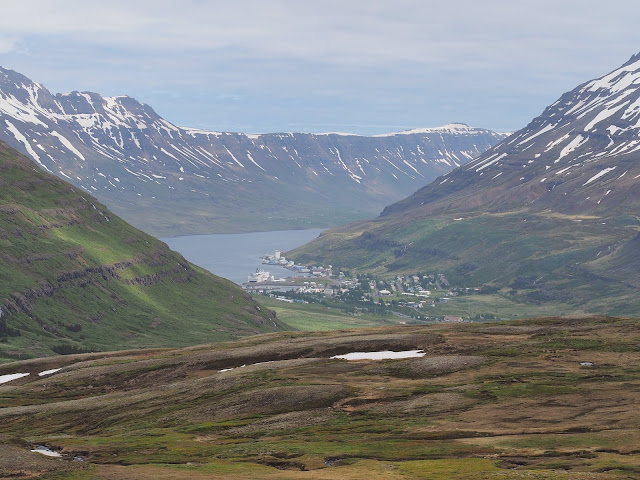 Looking back towards Seyðisfjörður about half way up the climb. 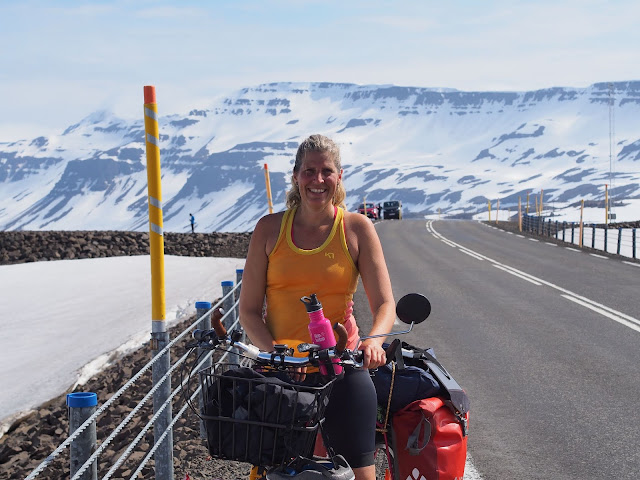 The top of Fjarðarheiði pass.

The weather was still fantastic, and combined with the more demanding cycling I got warm enough to remove some clothing. I got sunburned. In Iceland! 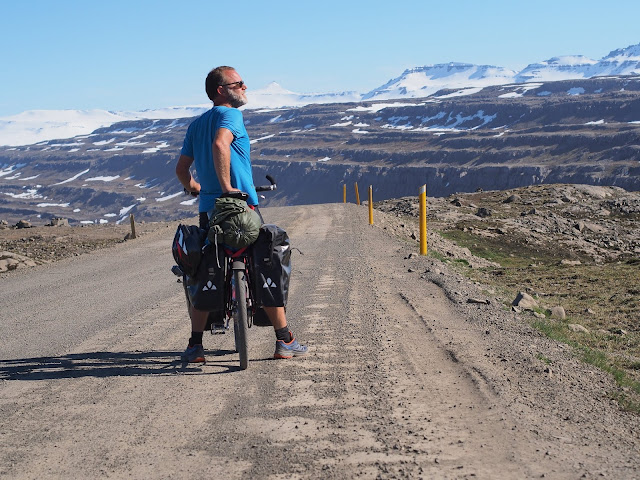 Don't look at the sun, stupid! At the top of Öxi pass.

The sunny weather didn't last more than a few days though, instead it got overcast and windy. Quite windy. Hence my paranoia. 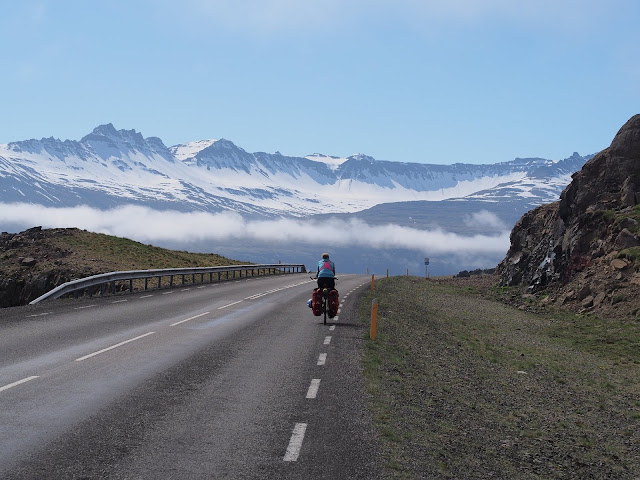 It's difficult to tell, but I'm sure it's a terrible headwind here.

Climbing a hill might be even harder than fighting a headwind, but mentally it's completely different. You know that the uphill will end at some point, hopefully to turn into a glorious downhill but at least it will be flat again eventually. With headwinds however, you never know how long it will last. If you are unlucky enough, it might last forever. Forever! 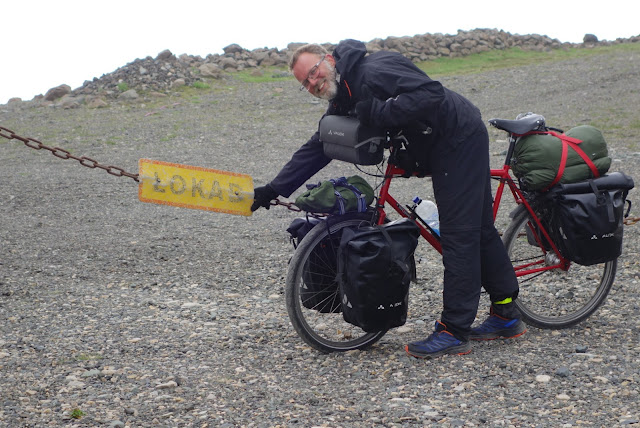 Climbing a mountain and finding the road impassable is almost as fun as headwind. Surely, putting the sign at the bottom of the road instead of the top would make more sense, right?

A few days of experience and some weather information from Vedur.is made me realize my paranoia was unfounded. In Iceland, you'll get a headwind no matter which direction you travel. Forever! 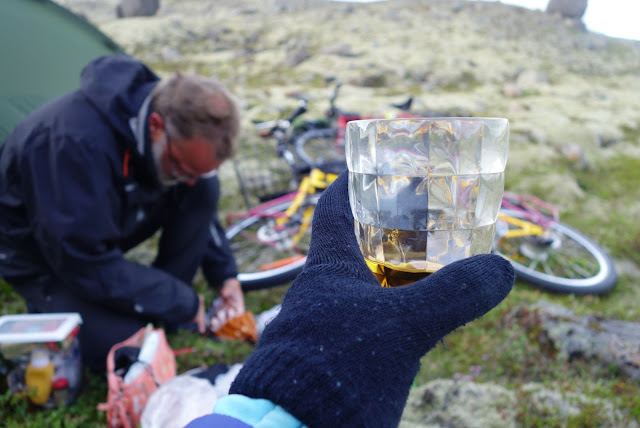 Sofia is having some whisky while I'm cooking. 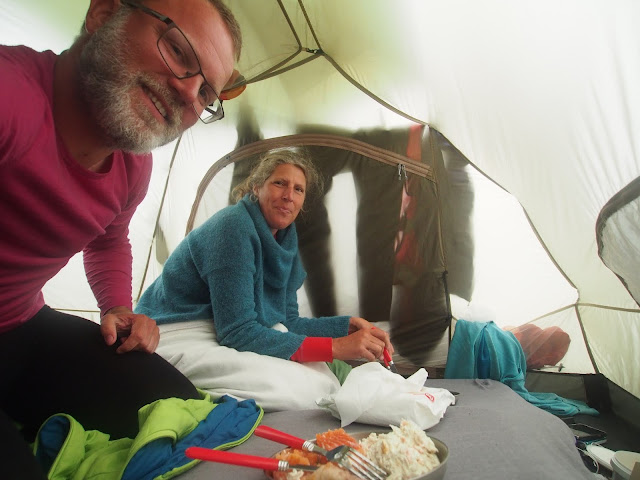 Having salmon and coleslaw in the tent is hard to beat though.