July 25, 2018
I've been back to Denmark more times than I can count, simply because Kastrup, Copenhagen Airport, is not only the major hub in Scandinavia, it is also very conveniently located for me and others living along the Swedish west coast as there is a door-to-door train straight into the terminal.

Usually, coming back to Denmark means looking out through the airplane window into a cloud cover, listening to the captain express the predictable words; “Welcome to Copenhagen! The local time is eleven AM and the temperature is currently 4 degrees Celsius. The forecast is light rainfall”. Light rainfall means, obviously, pouring rain with no end in sight.

Almost always I have arrived into these circumstances carrying not much more than a Hawaii shirt and some underwear. 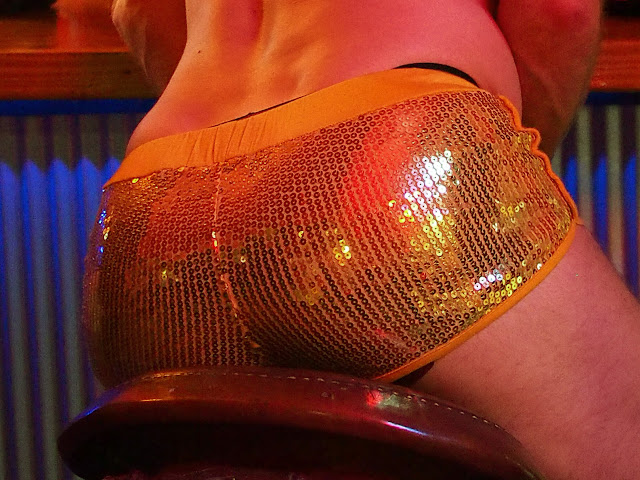 This time was radically different. While Scandinavia has had the hottest and driest summer ever, Iceland had the worst summer in recorded history. Having been cold and wet for a month, we rolled off the ferry into what felt like a tropical paradise. The tropical paradise Denmark.

More or less following the bike route Vestkystruten, Denmark continued to deliver an endless amount of amazing beaches and charming little towns. I had to remind myself that this is not ordinary Scandinavia, and I tried to mentally picture these places in November. Wet, windy and cold. 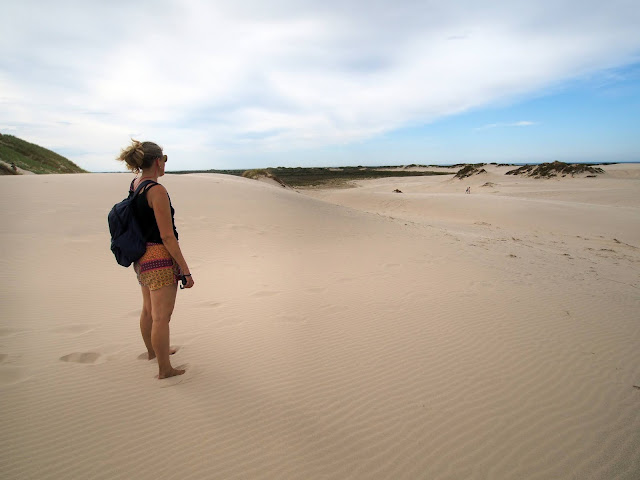 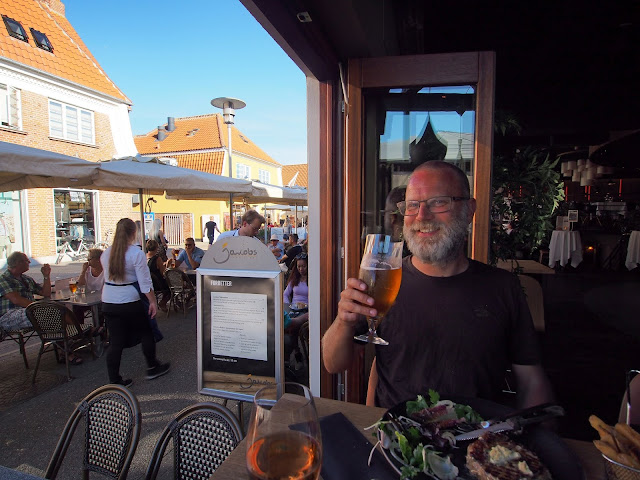 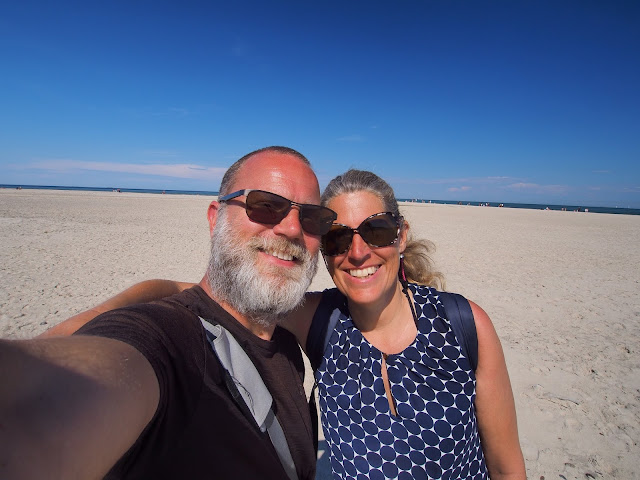 Grenen, the northernmost point in Denmark, with the exception of all of Faroe Islands, entire Greenland, and all the other Danish places more northern. 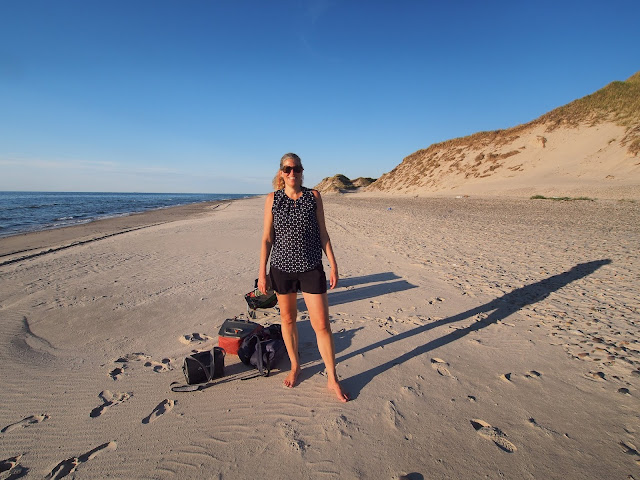 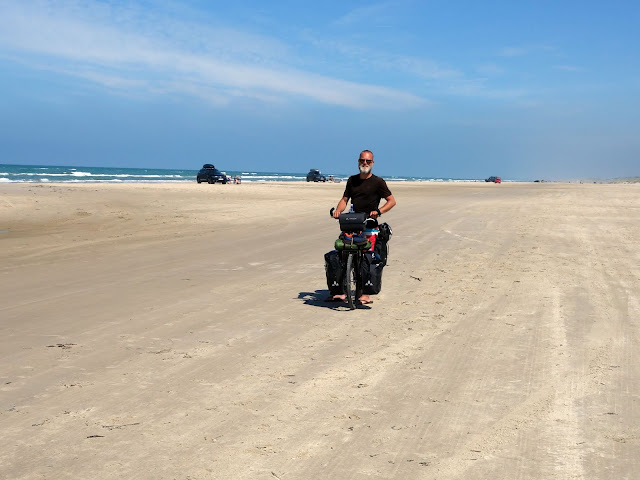 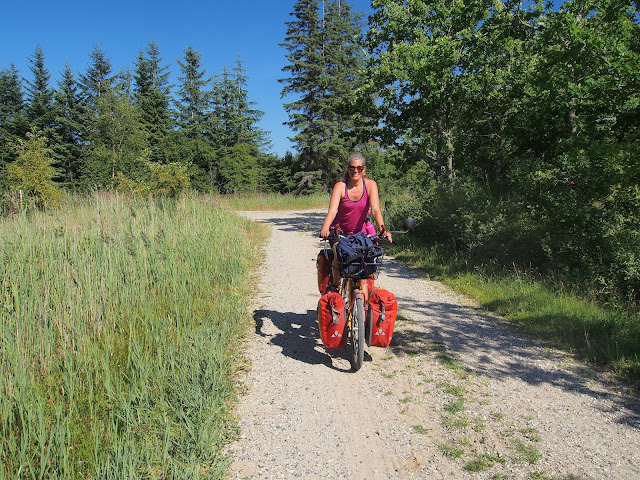 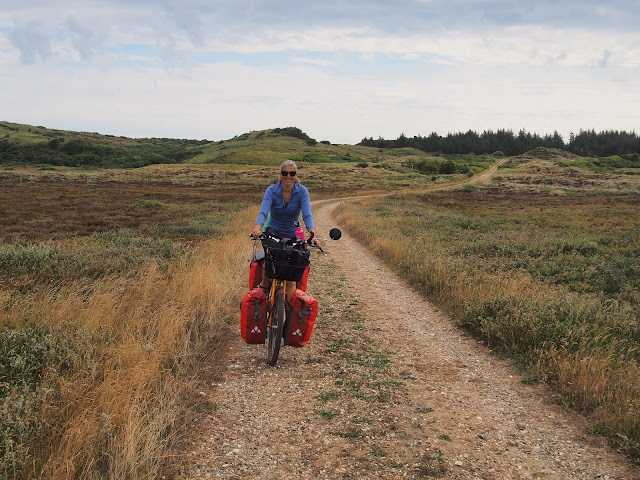 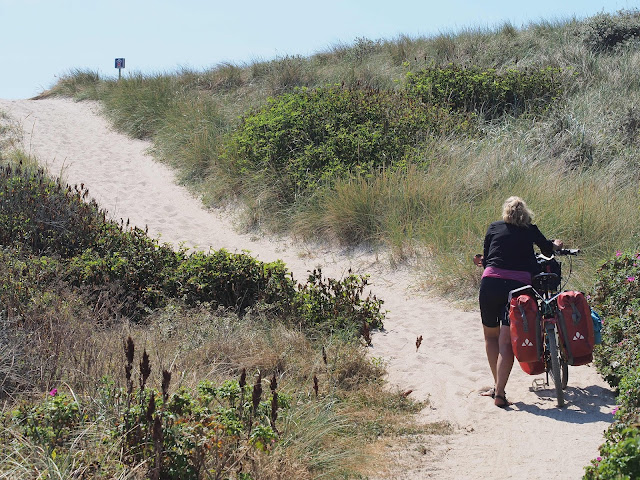 Not always the optimal cycle route. 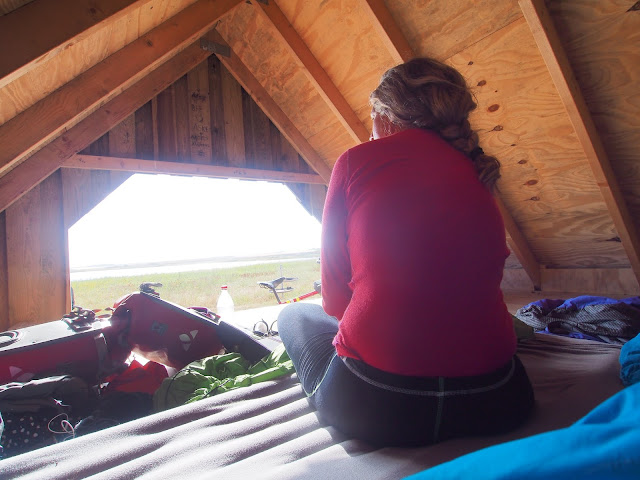 All over Denmark, there are free shelters for overnight camping. 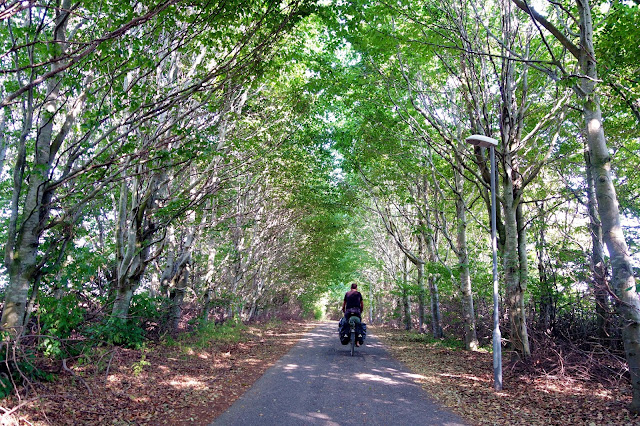 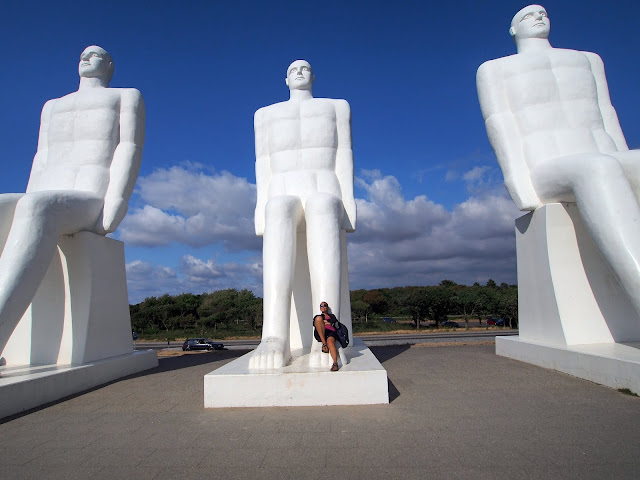