July 06, 2018
"The sunny north" it was called, I had read somewhere. I couldn't find the source for this optimistic statement, but Akureyri in the north only has a fifth of the precipitation of Vik directly south, according to Wikipedia, and in my mind I was already cruising along under a warm sun. Soon, I thought. Soon, the weather will be great again. 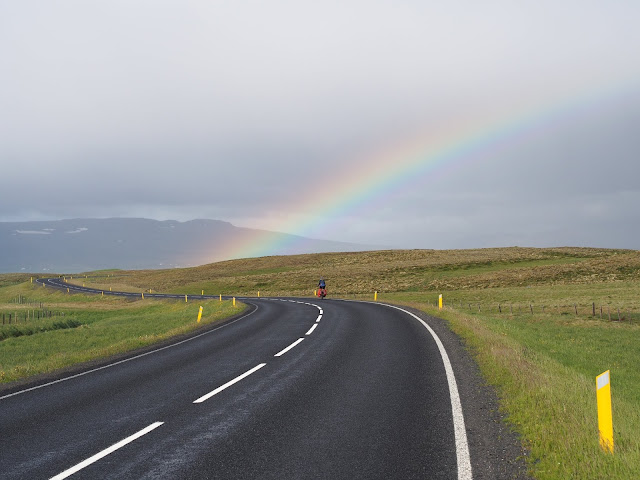 Maybe it was actually "The rainbowy north" and I got confused?

We didn't notice any improvement though. Actually, every day became a little bit worse, impossible as it may seem, either windier or wetter than the day before. While the wind at least no longer was a straight headwind, it was dangerously strong almost throwing us off the road at times and the constant rain caused stuff to mold in our bags. My shoes, they smell so bad, never being able to dry. 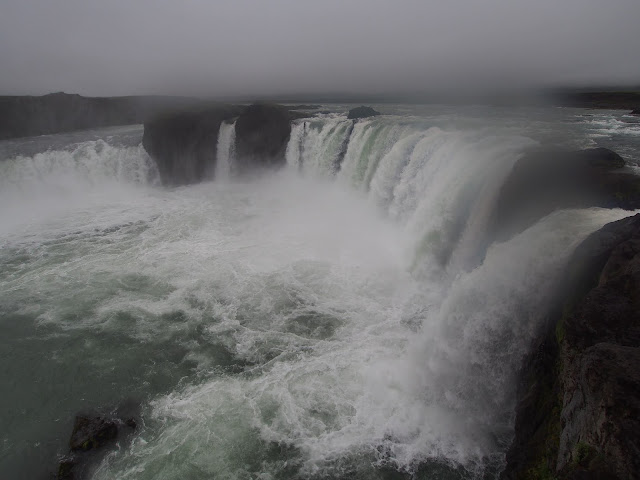 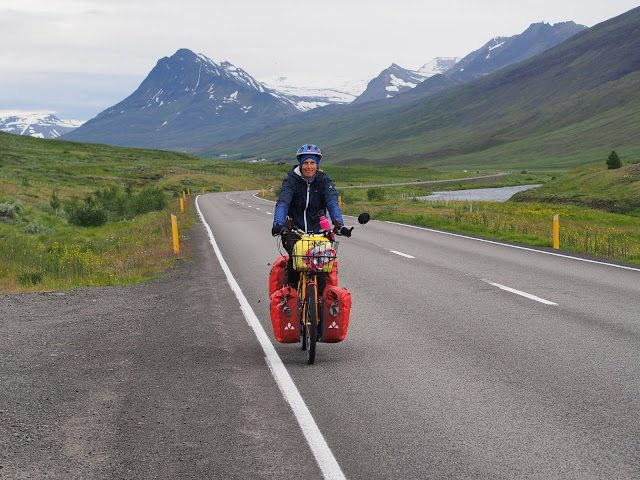 When it's clear, the scenery is usually spectacular.

Then finally, just as we reached lake Mývatn, one of the more scenic areas in already very scenic Iceland, the clouds dissipated and the great ball of fire in the sky brought warmth, colors and light. 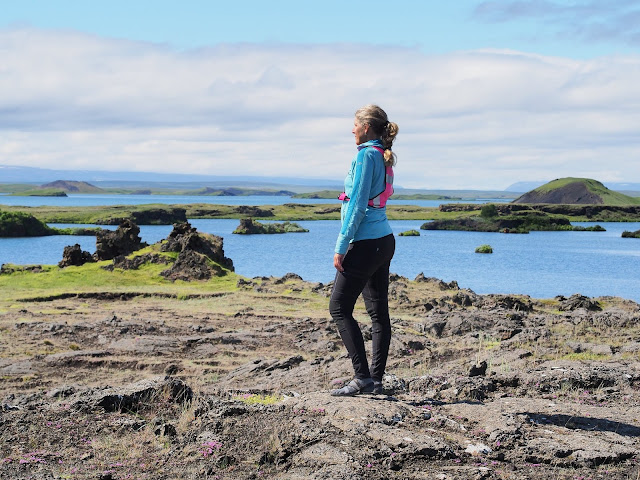 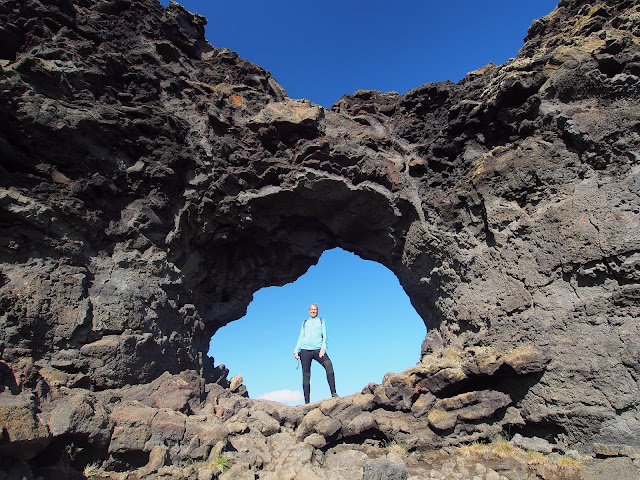 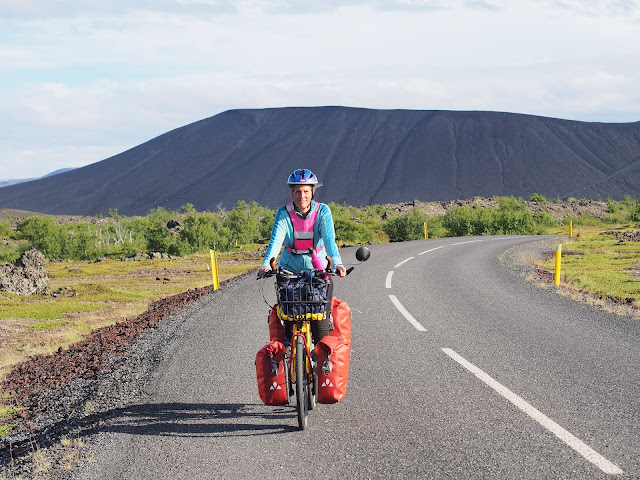 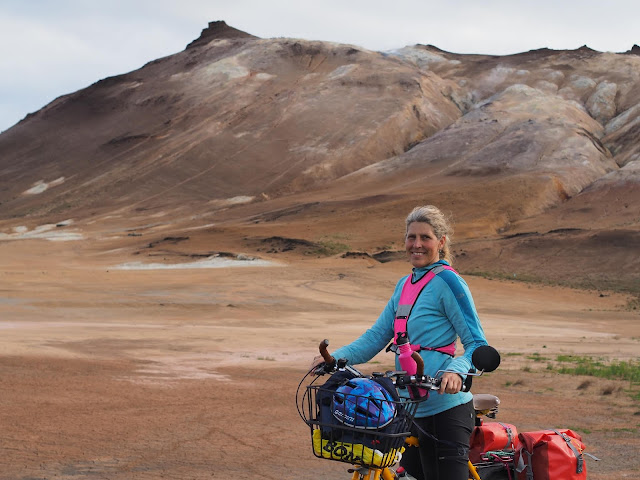 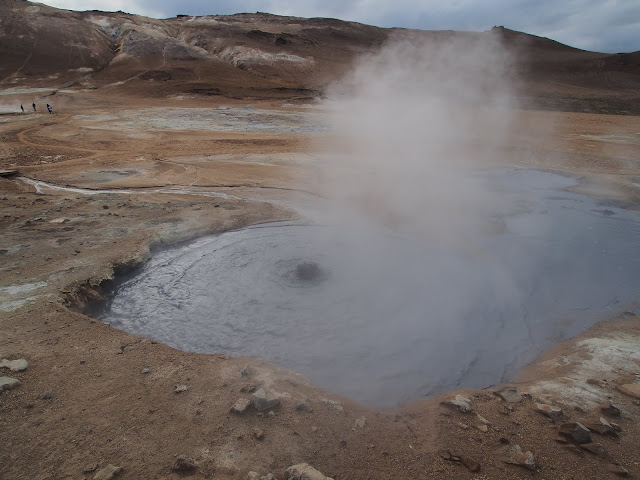 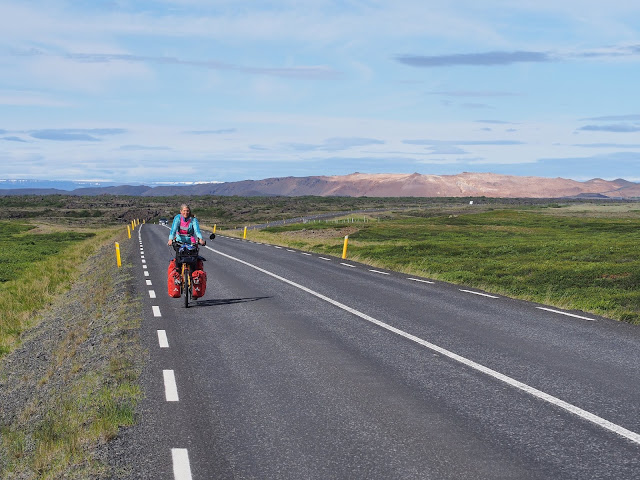 Less traffic this far from the capital region.

From there on, only two more days of cycling to complete our lap around the island.

I just had one stop left. A detour to Dettifoss, yet another waterfall. At the turnoff Sofia and I parted ways. We have seen so many falls of all shapes and sizes, and she didn't think this one was worth an extra 50 kilometers, and maybe worse; having to ride 25 km to the fall and then back the same road.

But I have wanted to see Dettifoss for years. It's the one thing I have longed for, maybe even the reason I am back in Iceland.

Dettifoss is featured in Ridley Scott's Prometheus, and while it isn't a particularly good film it is a prequel to the best movie of all time, James Cameron's Aliens, and I love all things Aliens. 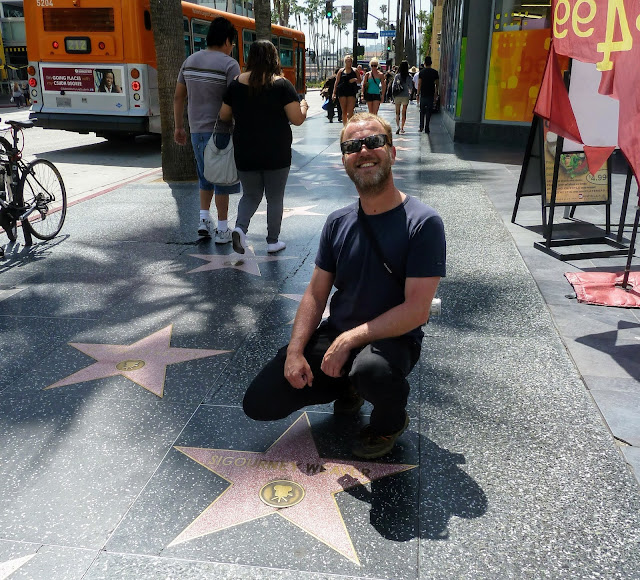 Including the ground touched by the star, Sigourney Weaver. Walk of Fame, Hollywood, May 2012.

There was never an option but to pedal. I could not pass this close to the fall and not visit. So I pushed on. Just knowing I was going to backtrack made me hurry, I wanted to get it over with, wanted to be back at the turnoff to continue forward. But when I reached the fall I forgot I had allotted myself a maximum of 30 minutes. I was mesmerized. 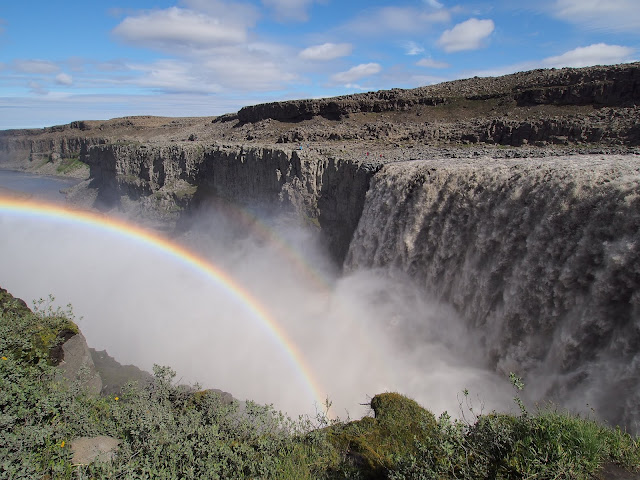 Or is it just me?

It was an amazing fall. It was also the last shred of good weather we had in Iceland. When I caught up with Sofia, she was waiting for me at a rest area, the wind had picked up again and as we camped the rain started to pour, again. We cooked underneath the outer tent. 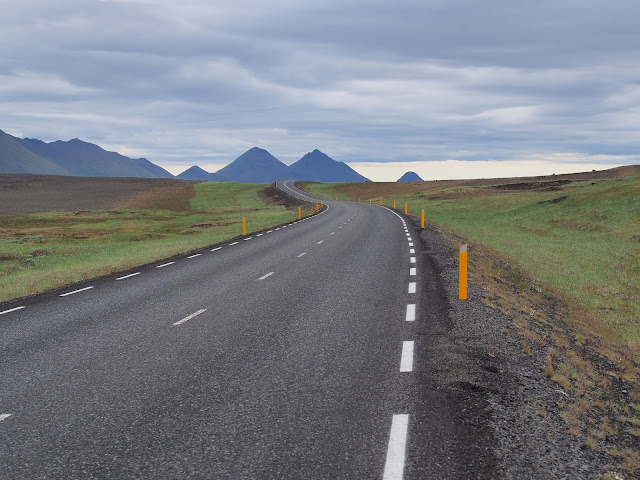 Catching up with Sofia.

Back to Egilsstaðir and over the pass to Seyðisfjörður was in a completely different environment compared to when we were here a month ago. Gone were the blue sky and the white pass, replaced by a grey fog and grey rubble. 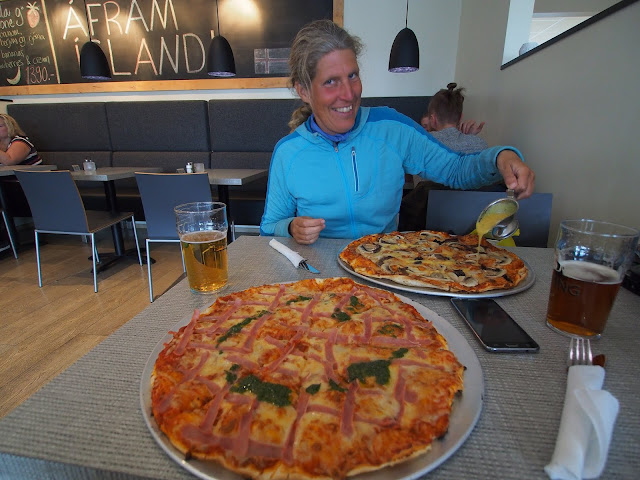 I was glad we arrived in great weather and left in bad, instead of the other way around.