August 12, 2018
Some people, well, actually most people, ask us where we are heading, what our route is supposed to be.

The answer most closely resembling a truth would be “We don't know”, but that doesn't register with people. Of course we must know where we are going, how can we not?

One of my many, many character flaws is the inability to handle routine. Doing repeating, and identical, tasks slowly but steady consumes my soul. I need to move forward, to see and do new things, if ever so slightly different from the last. Skateboard one thousand five hundred kilometers of a straight highway across a desert filled with little more than red sand, spiders and termite mounds? Awesome! Taking a wrong turn while cycling so I have to double back the same road for three kilometers? Horrifying!

That is my enigma; I want to visit every place one can go, see everything that can be seen. I want to experience every experience, try every endeavor. I want to drink all the booze, hack all the things.

I realize it is a monumental task, impossible by nature. I am also aware about the limitless number of childish but hilarious jokes one can make about such a statement. “You want to try everything? You really want to try ... ?” My rebuttal is that time is finite and some things are higher on the list than others.

So lets start with task number one; ”visit every place”. That is itself a significant undertaking. Can it be done in a lifetime? Probably not. What does it even mean, “every place”? Every square inch on the planet? Lets assume it means every object on Earth that has been given a name.

A lifetime ago, when I thought the greatest thing in life was to sit in front of a monitor all day, I studied Computer Science. Already in the introductory course we were given the task of finding the shortest path between two points. It turned out this problem is quite trivial, and several algorithms are widely used today, to an extent I couldn't even imagine in the prior century. 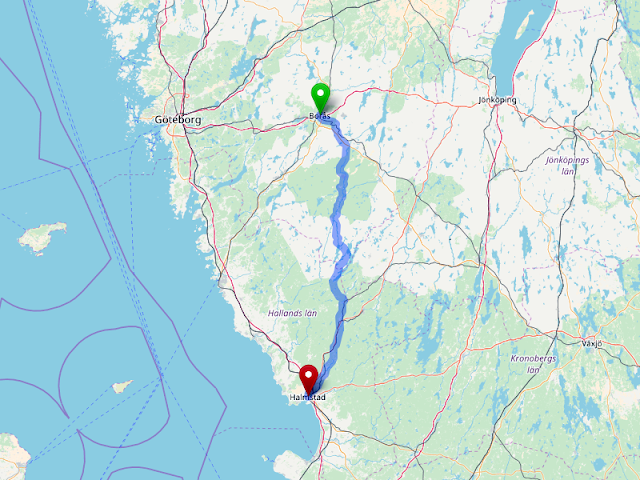 The shortest path to ride a bicycle between Borås and Halmstad according to OpenStreetMap and GraphHopper. © OpenStreetMap contributors.


A different but seemingly related problem was also covered in class. The Traveling Salesman Problem asks not what route is the shortest between two given places, but between all the places. That is; given a set of places, what is the shortest possible path that visits all of them? 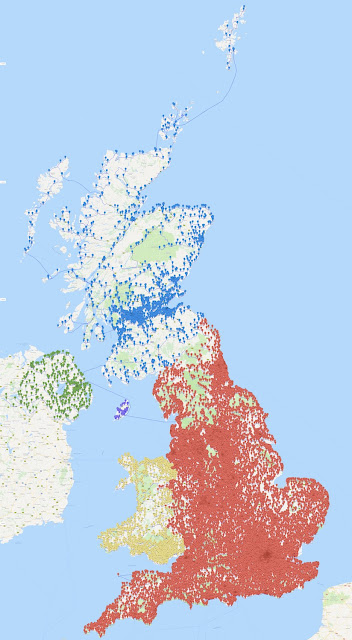 The shortest route to pub crawl every bar in the UK, according to University of Waterloo, Ontario, Canada. Copyright William J. Cook, used with permission.

Unlike the Shortest Path Problem, the Traveling Salesman Problem is a difficult task to solve. Very difficult, actually. It is so hard to solve it's not even known exactly how hard it is, and there is a cool million dollar prize if you can prove it. Until then, basically to find the optimal solution, the very shortest path to all the places, every possible path must be tried and examined. Unfortunately the number of possible paths increase exponentially with the number of places you add into the mix.

That is; Even with the fastest computer, to calculate the shortest path between all the named places on Earth would take longer, much much longer, than a slow paced stroll between these places would take.

So, what was the plan again?