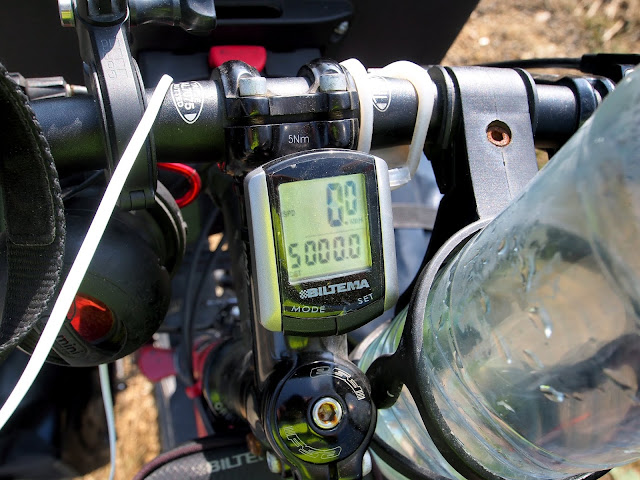 This is what the number Five thousand looks like in decimal digits.

Riding the shortest route starting from my home town of Halmstad, 5000 kilometers give or take would have brought me to Teheran, Iran, if I chose to go into Asia. If I wanted to cycle Africa along it's east coast, I would have been closing in on Cairo. For the African west coast, Boujdour in Western Sahara. 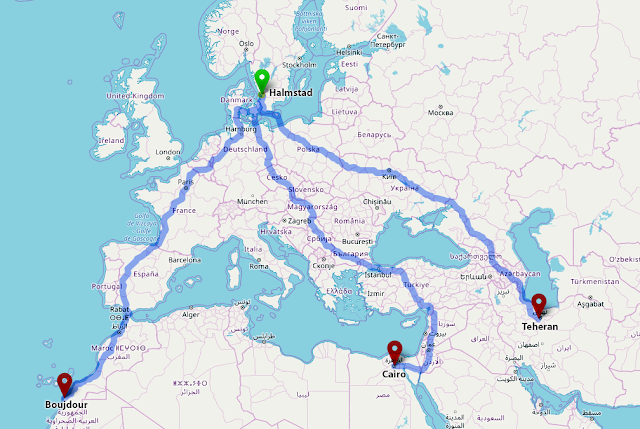 Three examples from Openstreetmap of where roughly 5000 km can get you, if you're from Halmstad.

But we're not in Boujdour, or Cairo, or Teheran. Instead we spent our 5000 km anniversary camping outside of the city of Nantes, Northern France, center of the world.

Wait,what? Nantes, center of the world?

Apparently, unbeknownst to me and probably to almost everyone else, Nantes is the center of the Land Hemisphere, the half of the world that contains almost all of the land. 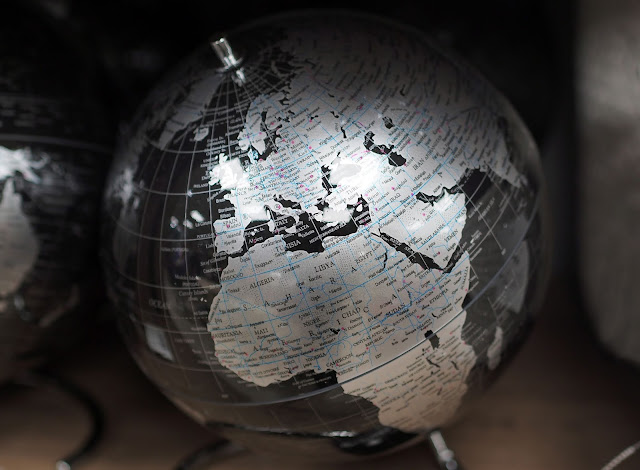 A globe. Or as they say in France; Un globe.

There are other ways to calculate the center of the world, for instance, Cairo is the geometric center. I'll write about those places when we get there.

The obvious reason we are not further south is we're not going the shortest route, instead taking the long way round. Also, the detour around Iceland added to the kilometer count. Not having a plan and not knowing where we are going doesn't help either.

However, from the D-Day beaches we started cycling almost directly south. The nights along the North Sea cost were starting to get a bit chilly and we had gotten rid of most of our winter gear since Iceland. We wanted and needed to get to lower latitudes.

The towns and villages slowly changed from the grey stone Normandie design style into a Mediterranean style with white or very bright sand colored stucco facades. 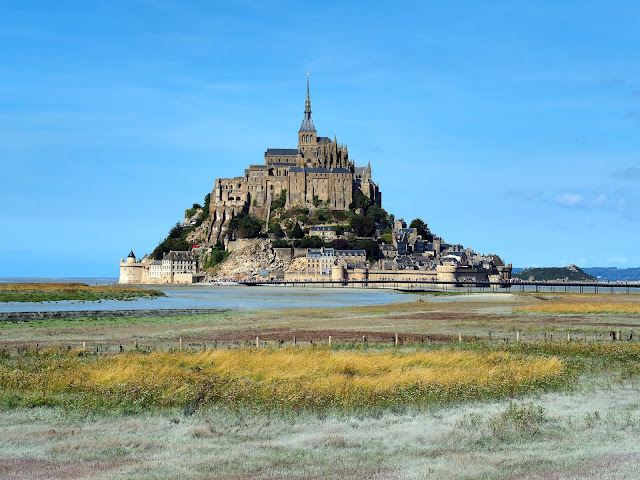 What architectural style Mont-Saint-Michel belongs to is a big mystery. Probably all of them.

The temperature increased and the cultivated land changed from cornfields into vineyards. The occasional palm tree showed up.

Suddenly we were hit by a horrible disease, a brutal cold. We had to stop for a few days to recuperate. Fortunately nice weather and good wine makes wonders. 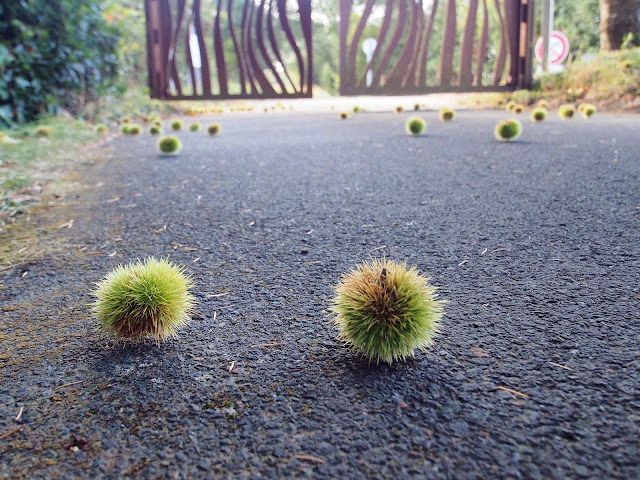 A lot of chestnut burrs, they don't look to bicycle friendly! 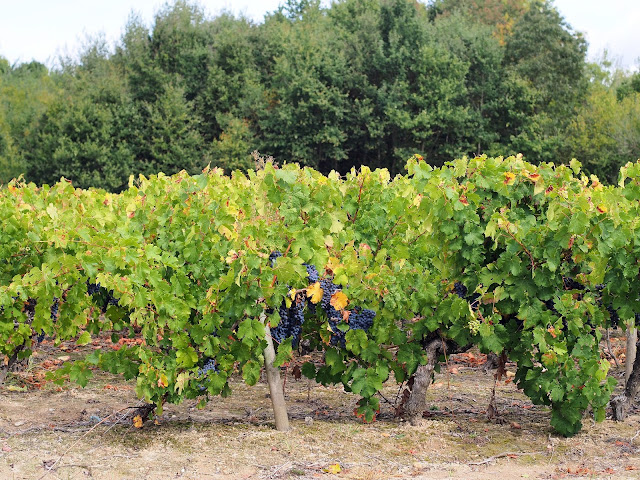 A lot of grapes too, that's something a cyclist can enjoy! 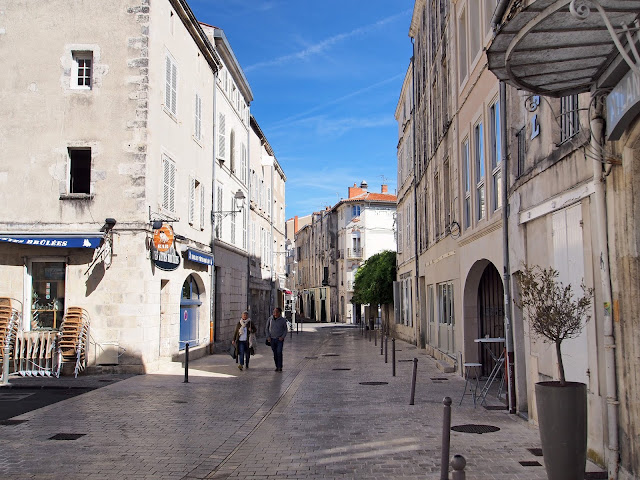 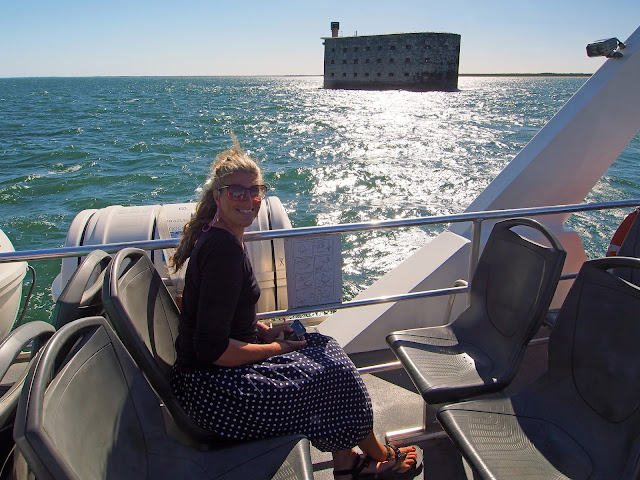 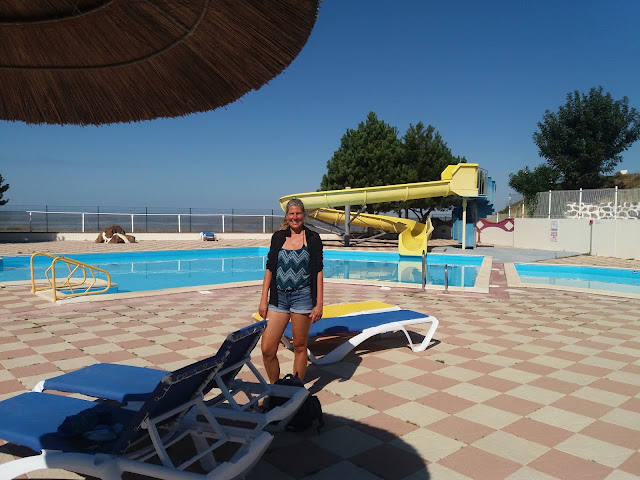 Camping in Fouras. Not too bad of a place for some rest and relaxation.