September 16, 2018
Paris syndrome. As Wikipedia puts it; a mental disorder exhibited by some individuals when visiting Paris, as a result of extreme shock from their discovery that Paris is not what they had expected it to be.

You know what it's like. You have paid for an expensive vacation and are looking forward to a romantic getaway, candlelit dinners and amazing art and architecture. Instead you find a place full of French people, rude waiters, blaring traffic and construction zones.

It doesn't necessarily have to be Paris, a lot of places are not what we imagine them to be.

There are two solutions to this; either you lower your expectations, or you go to Belgium!

We arrived at the border knowing little more about the country than it is located next to the Netherlands, and that there are a lot of EU bureaucrats in Brussels.

It turns out, not only do I have friends living here, the cities are amazingly beautiful, with all the charms anyone could ever have hoped for from a European city.

However, the first sign of entering a new country, except the sign itself, was the missing bike path. In Iceland we had to ride on the road, but since Denmark there have been an abundance of serene paths for cycling. Entering Belgium and we had to ride on a narrow shoulder in traffic. It was marked for bicycle use, but it was not a pleasant ride. Yet.

As soon as we reached Gent, we had forgotten about the traffic. Few cars but a lot of grand buildings everywhere we turned. From there on, we could cycle along rivers. In Brugge, we we're invited to stay with friends and had a wonderful time with Anneleen and Caro.

We expected nothing and got everything. 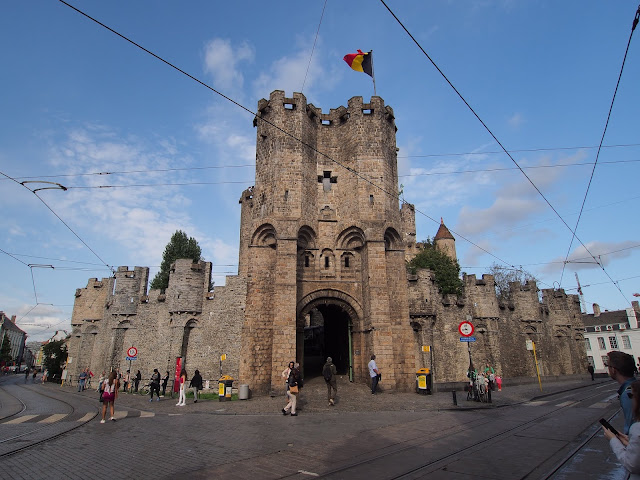 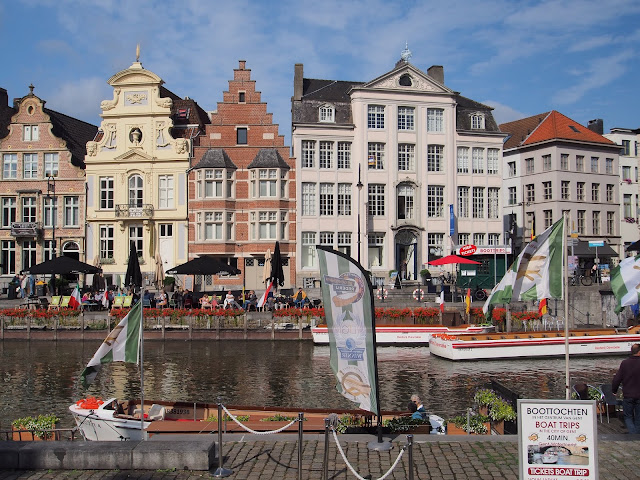 More Gent. Like many parts of Europe, only fewer French people and construction sites. 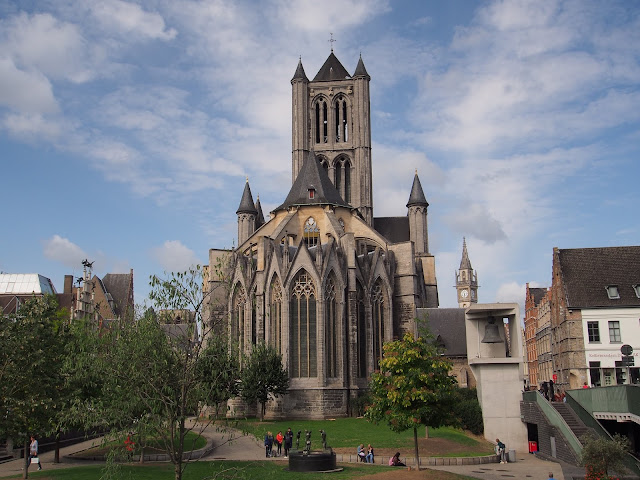 You turn around, and there is another massive church. 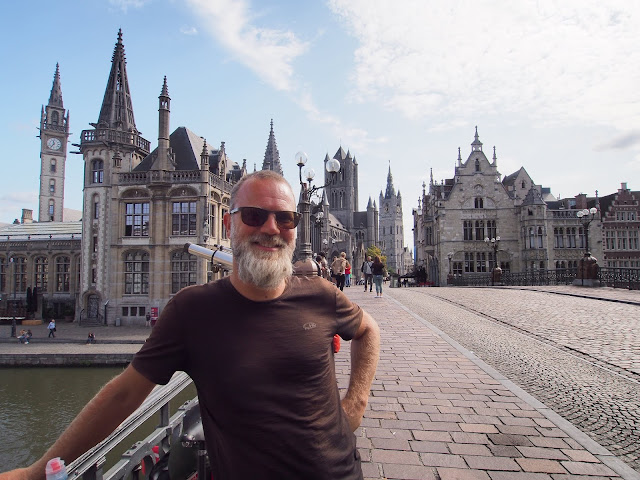 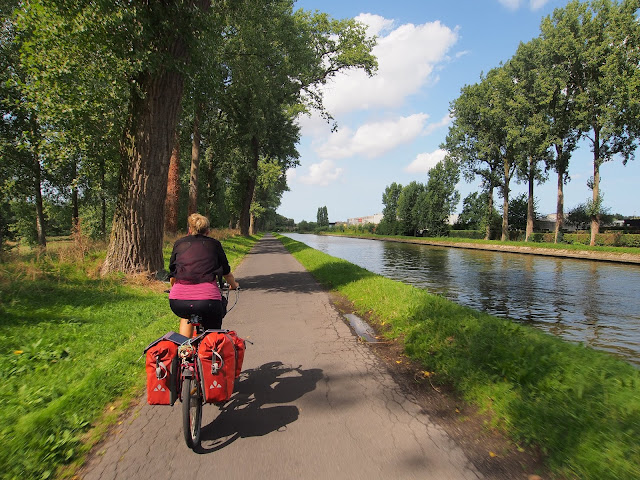 Some nice paths after all. 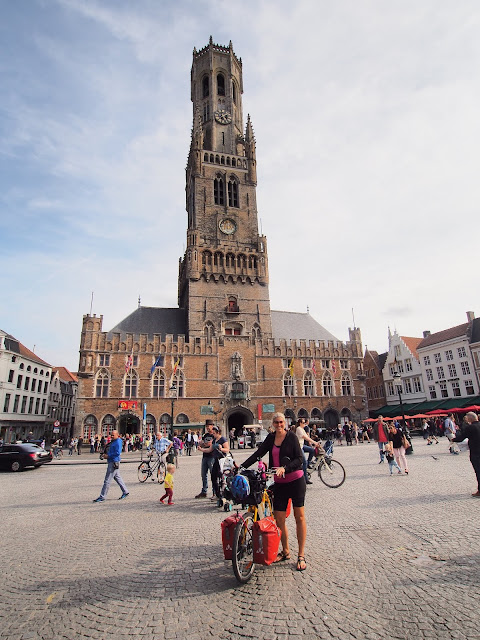 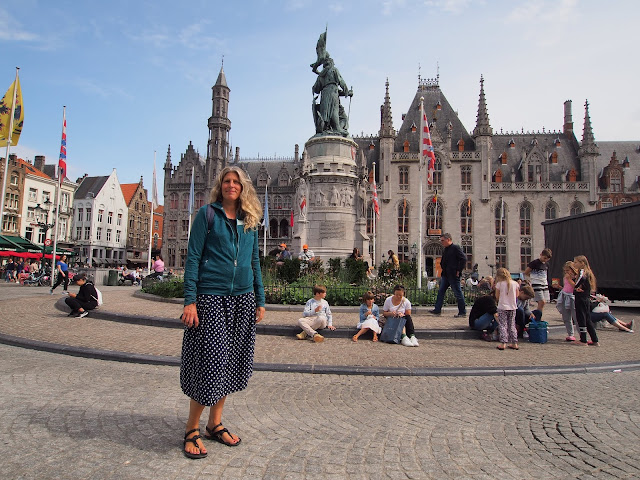 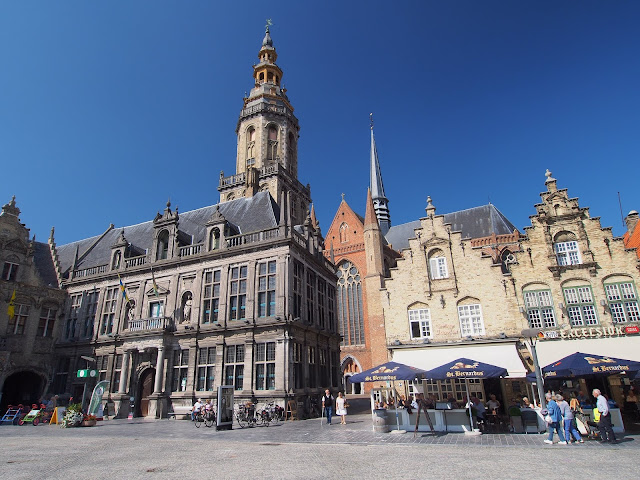