September 22, 2018
Like many people, I've always been interested in history. I have vague memories of watching the show Double or Nothing and knowing the correct answer to all the questions. I was five years old and the subject was dinosaurs. I probably remember things wrong, but when I studied History of innovation at the university, it was the best course I've ever attended.

It might be due to my desire to experience everything. It has always been bugging me that I can't visit other planets and that the past can't be travelled to.

Space and dinosaurs, I'm so unique.

Northern France is the setting for some of the biggest and most important events in modern history. The first city we reached after leaving Belgium was Dunkerque. Having just seen the movie about the evacuation during World War II, Operation Dynamo, or the Miracle of Dunkirk, I tried to get a feeling of how it must have been. 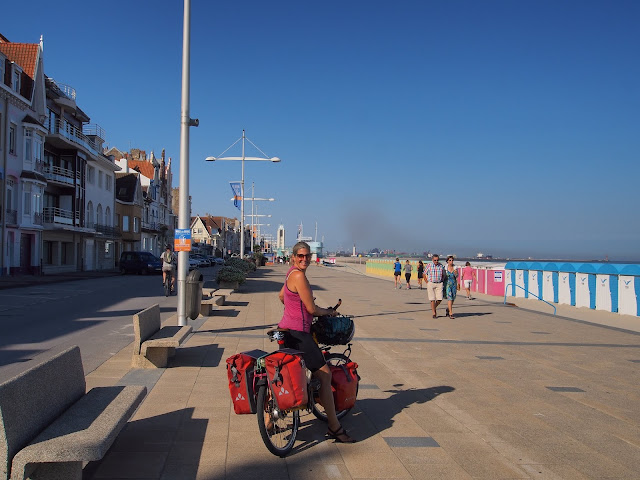 Unfortunately I have great difficulty to putting myself in history when I'm sitting at a beach bar with a cold beer in my hand. This is a recurring theme whenever I visit museums or historical sites. Not the cold beer, but having a hard time getting the true feeling of historical times. Also, a cold beer. 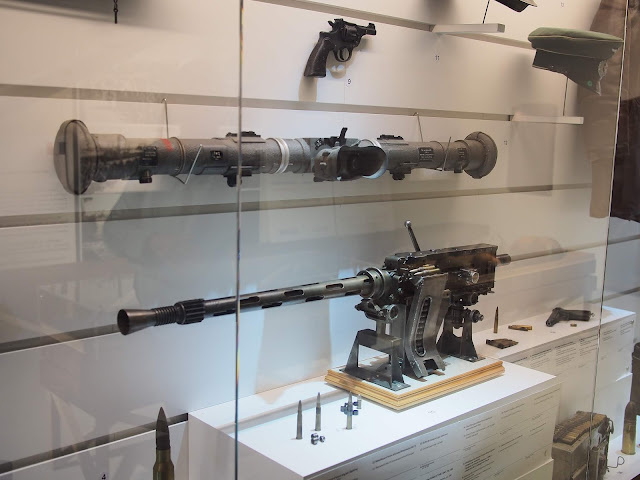 Museum of Operation Dynamo. The big weapon on the wall is a (yet) unidentified Swedish weapon. Anyone knows, let me know. It says "m/43". Edited to add: Andreas Lidberg found it to be a 1943 German Artillery Rangefinder optics manufactured by Saalfelder Apparatebau GmbH.

We slowly continued westward and the coastline changed from the dunes that had been prevalent all the way from the top of Denmark, into steep white cliffs. The landscape became hilly and the picturesque towns climbed the inclines. 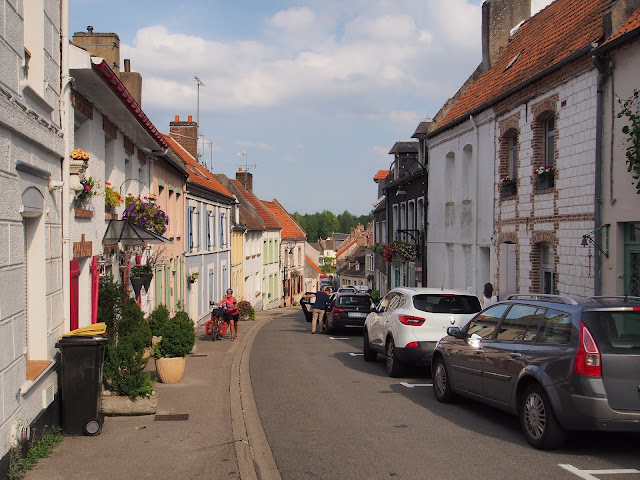 Pushing her bike up a road in Montreuil-sur-mer. 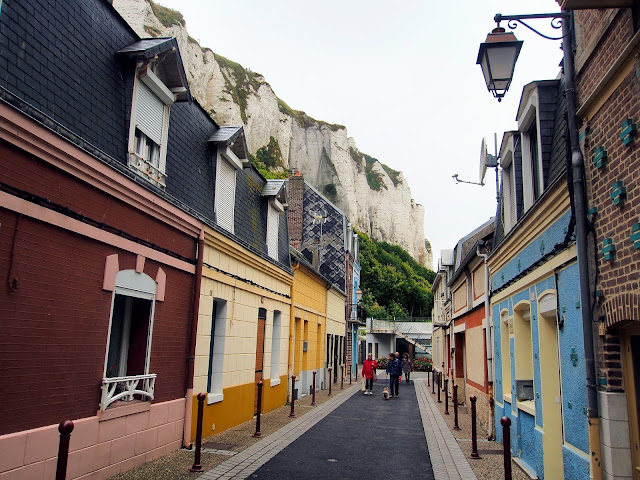 Le Treport below the cliffs. 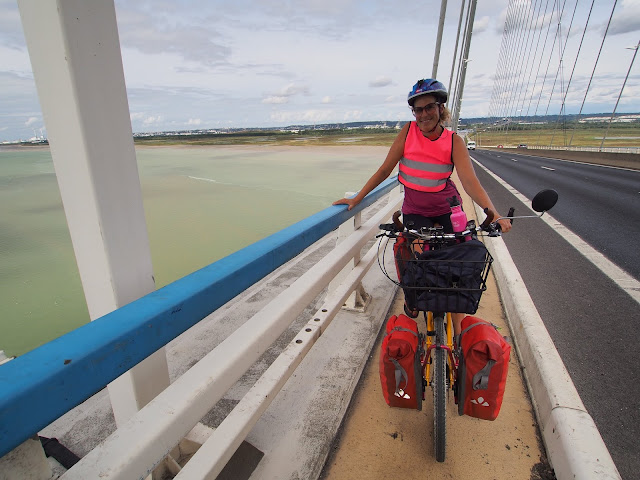 In Normandie we visited the D-Day beaches. The region holds the event in very fresh memory, even though few people who lived through it are alive today. Although I loved experiencing the area, I still had the problem of not being able to comprehend the hardship and horrors. Then again, it might not be something one really want to know. The landscape and villages looked just like I had seen from movies and games and I envisioned soldiers hiding behind walls and tanks advancing across the fields. 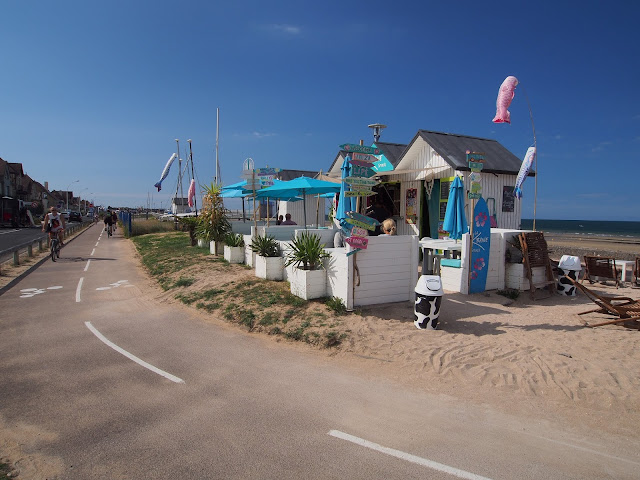 In the city of Bayeux we visited the tapestry the city is famous for. The cloth is 70 meters long and depicts the Norman invasion of England in the year 1066. I found it entertaining mostly because how the narrator told the invasion story in such a proud way. It makes you realize that even in areas celebrating freedom from oppressors more than anything, invasion is great, as long as you are the invader! 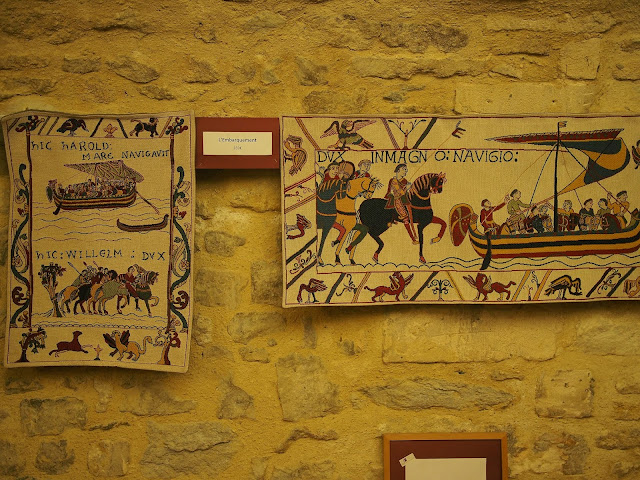 Not allowed to photograph the tapestry, annoyingly, so here's a picture of some souvenir crap. 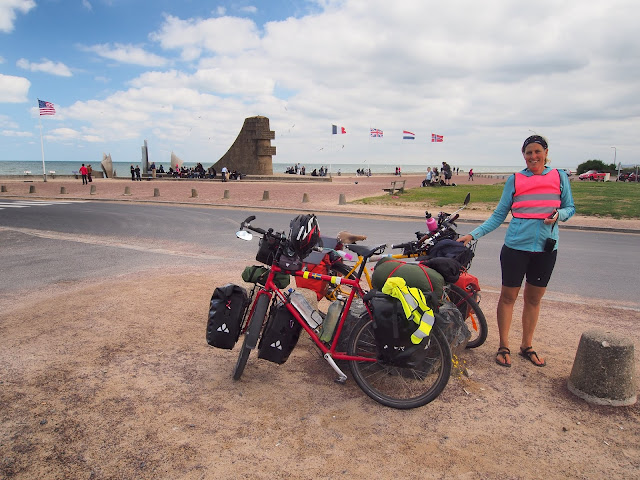 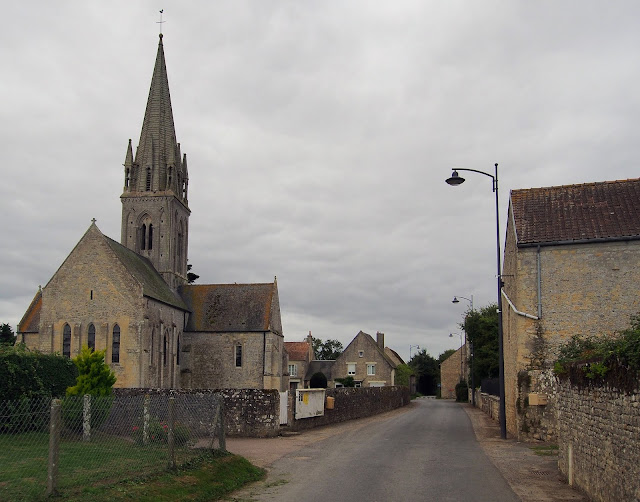