October 28, 2018
We have been spoiled with quiet roads or beautiful bicycle paths, up until our final leg in France. Our goal was a ferry from Toulon, requiring us to get to the other side of Marseilles, the second largest city in the country, but not the most bicycle friendly.

We did our best to cycle around it, using the various map tools available to us. At first, there were nice but sometimes muddy paths along the sea or the river Rhone or one of it's many subsidiary canals, but the closer we got the more we had to ride in traffic. Not enjoying being close to death several times a day we took whatever detour we could find. Unfortunately it is difficult to see fences and gates on maps, and some of these detours were dead ends. If there is something I hate more than death itself it is to backtrack the same way I came from.

It was on a busy major road into the city of Nimes where I got my first puncture. Sofia had had her first just a few days before, and by coincidence I got mine when I reached almost the same exact kilometer count.

Closing in on Toulon the rush hour made the traffic unbearable on the narrow and winding road. We stopped for a beer in the village of Le Beausset to wait for the number of vehicles to subside. One beer became two, and suddenly the sun started to set. Cycling away from the main road to find somewhere to camp, we were invited to stay at Fredericos beautiful villa and had a lovely evening with his friend Najib and three dogs.

We got into Toulon early, before the traffic picked up, with the entire day to spare before we hopped on the ferry to Mallorca, Spain.

But now we're going to Mallorca! Finally, we are in warmer areas! 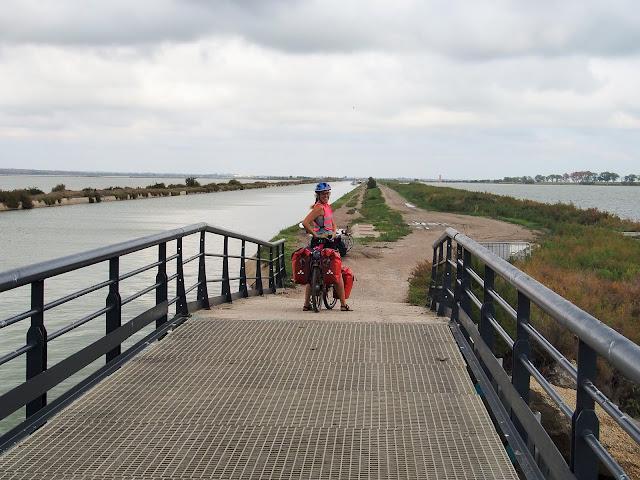 A nice but muddy bike path. 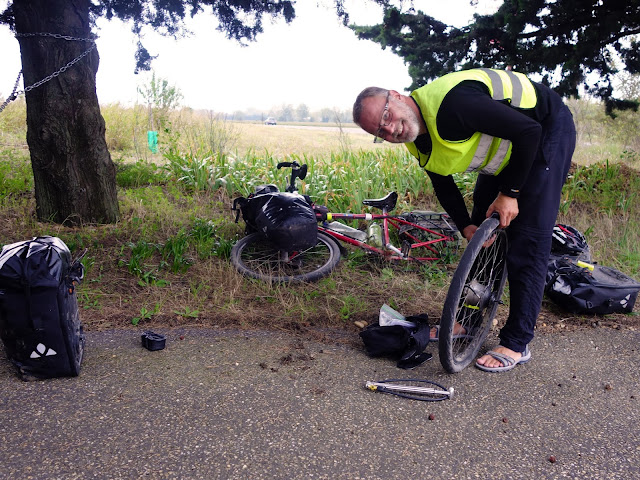 What am I smiling for? 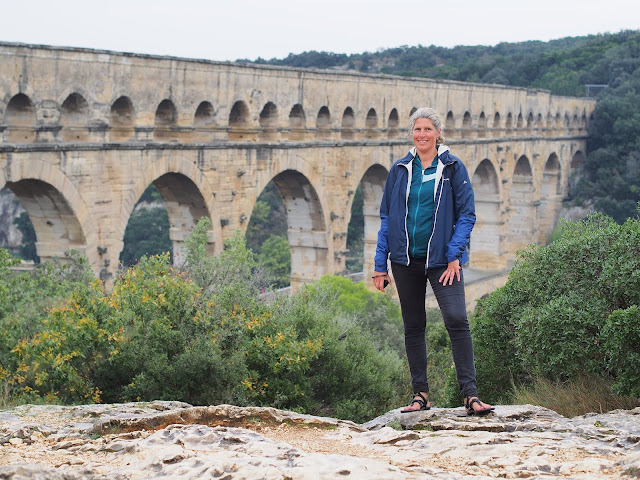 Pont du Gard, the highest of all the Roman aqueducts and an UNESCO site. 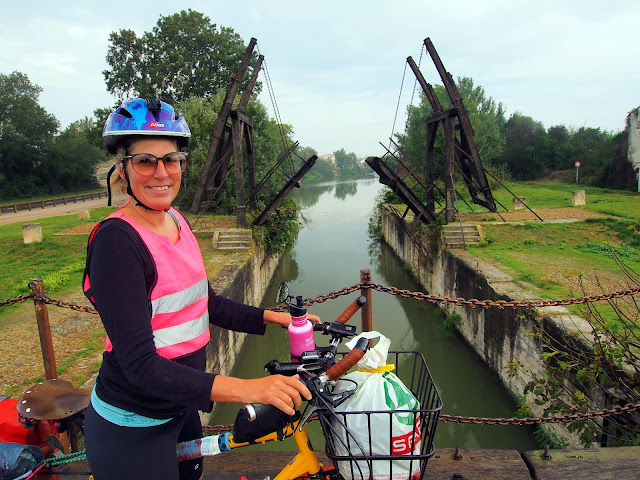 Sofia in front of the Langlois Bridge, the subject of several Van Gogh paintings. 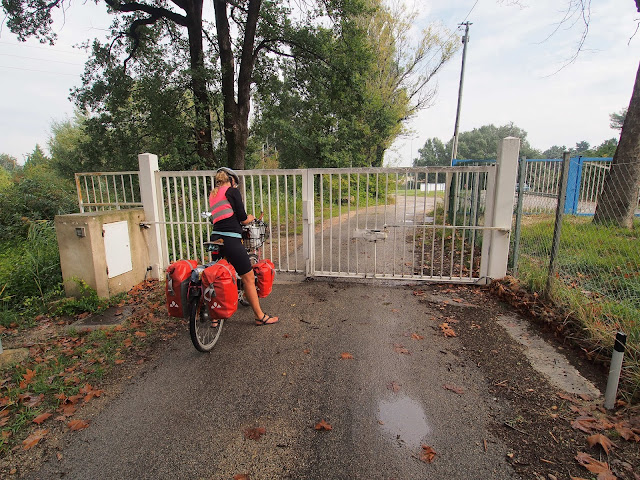 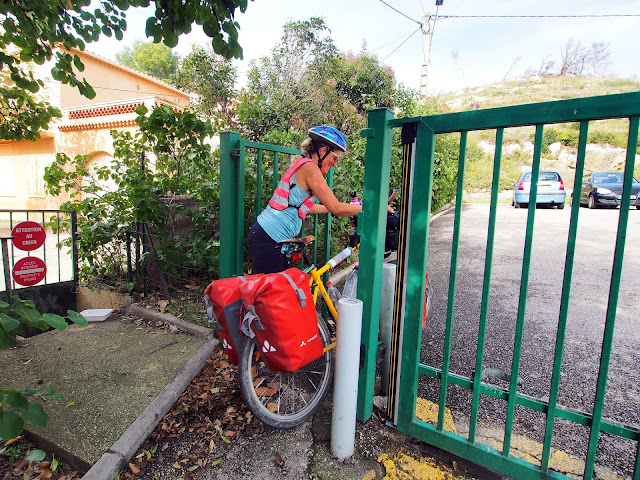 Maybe we can take this way? No, dead end. 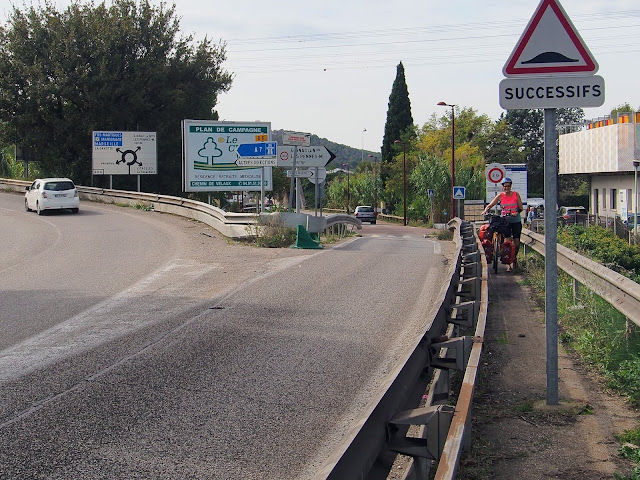 No other way to get out of this town. I'm guessing pedestrians and cyclists aren't the highest priority around here. 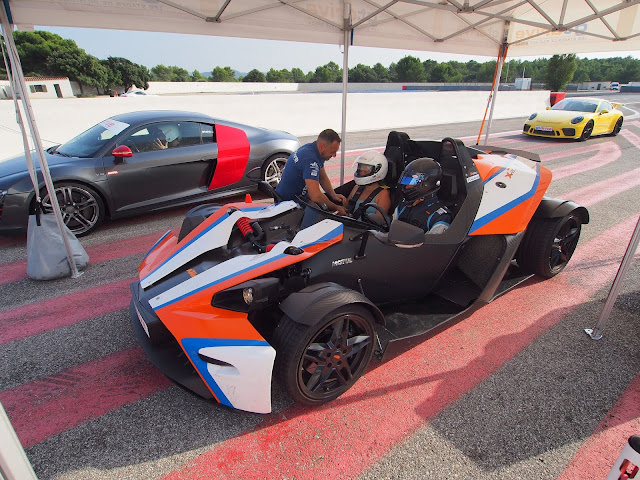 Getting a ride in a KTM X-Bow R at the Paul Ricard Racing Circuit. 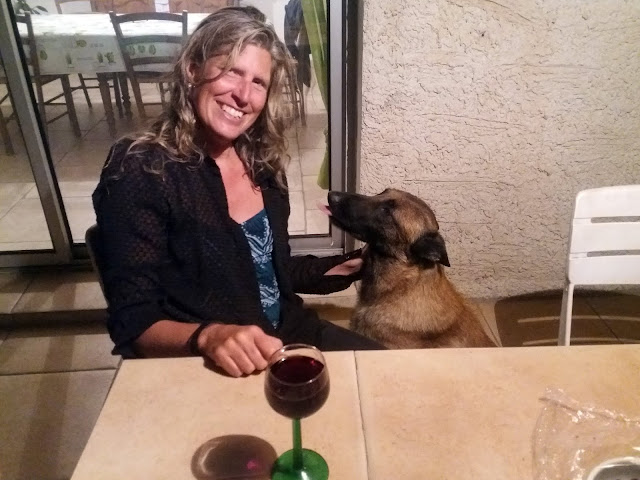 Wine and company at Fredericos place.