October 18, 2018
- "That's a really bad wine, the kind we might use for cooking", the cashier at the supermarket in La Réole told me. "I'm going to get a better bottle, hold on!", he said and he left the register with no regard for the line of people waiting patiently behind us.

The message was clear; in the Bordeaux area, you don't drink wine that is anything but excellent! 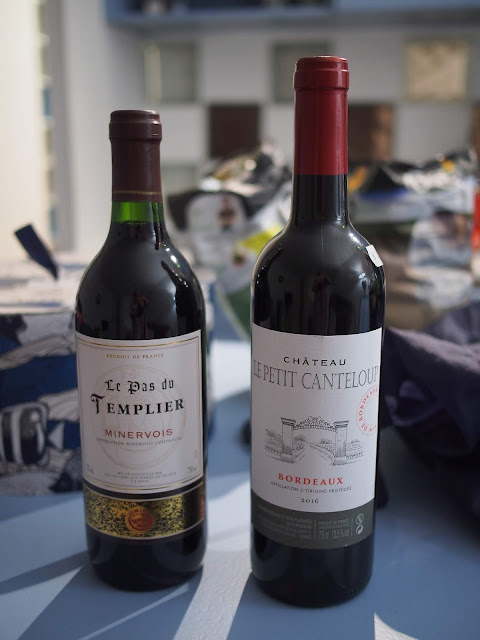 Fantastic wine for about €3 per bottle.


The weather was lovely. The autumn leaves changed color and started to fall, but the temperature was still in the high twenties as we had progressed south. However, our original plan was for us to cycle along the Atlantic coast west down through Portugal, and it sure looked a lot colder by the ocean than to the east, towards the Mediterranean sea.

So far in France, even though we came across the occasional bicycle path, we have mostly cycled on rural roads through tiny villages, tractor trails across fields or muddy paths in forests. However, crossing the country there is a bicycle path from the Atlantic coast all the way to Mediterranean. Almost all the way, at least.

Said and done, we once again changed the route and began cycling inland. For days we rode either through one vineyards after another, or on a stunning bicycle path along the Canal de Garonne.

We started getting reports about a storm coming our way, a storm severe enough to cause floods and even causalties. The weather got a little bit colder and clouds started to cover the sky. The forecast said every day it would rain on us, thunder and lightning even, but for the most part we were lucky. It rained a bit now and then, but often during hours we were not cycling. Thanks to it being the off-season, we found fantastic hotels to stay at for very little money, and since we thought every day would be the day the storm hit, we used them a lot.

But the storm never came. Suddenly it was somehow behind us. Places we visited just days ago became flooded and sadly even more people had died.

When we reached the Mediterranean sea the temperature once again rose to the high twenties and the humid air felt almost tropical. 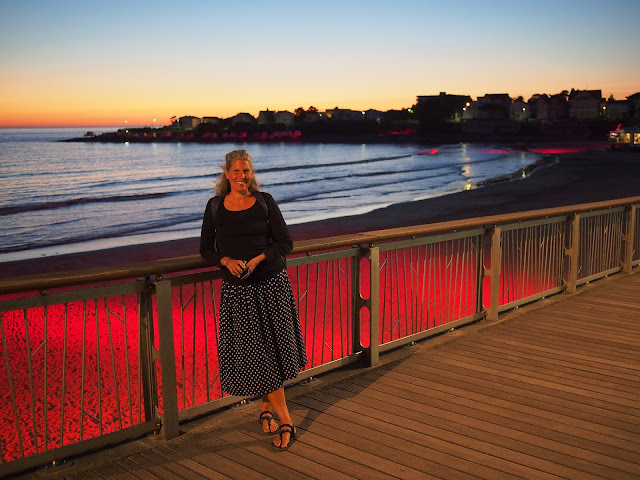 Sunset in Royan. Also, some kind of red floodlight for some reason. 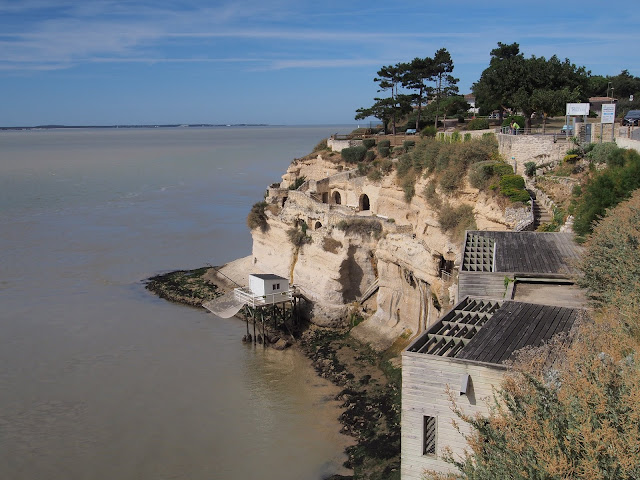 Grottes de Régulus and a carrelet, a fishing hut, at Meschers-sur-Gironde. 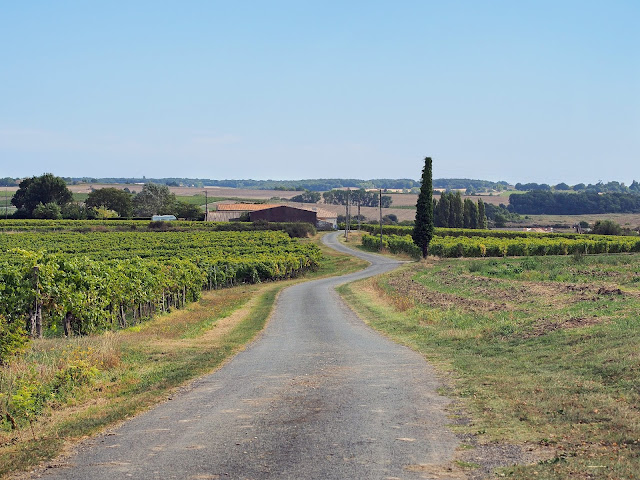 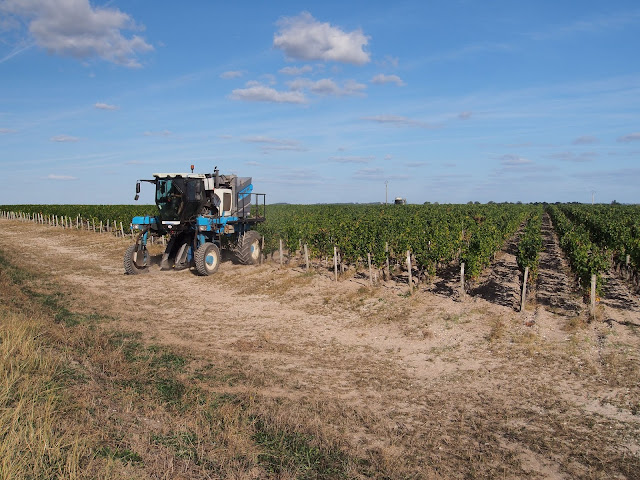 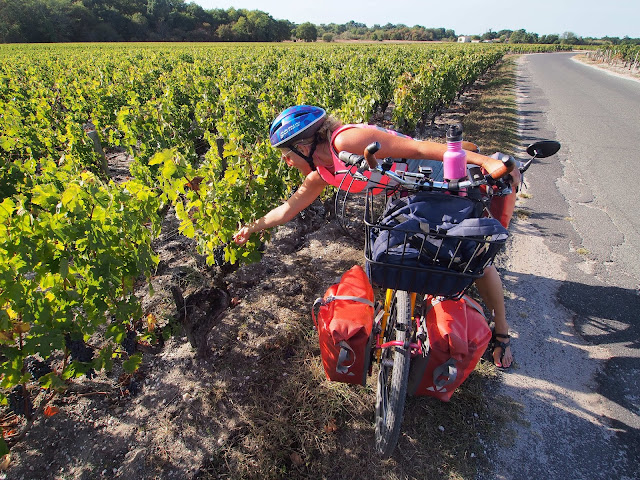 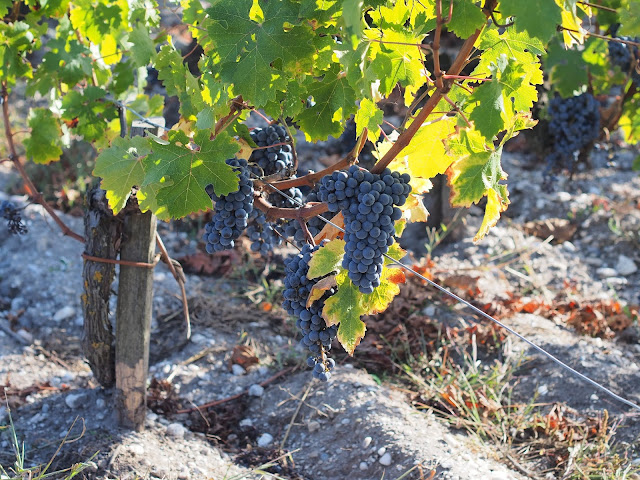 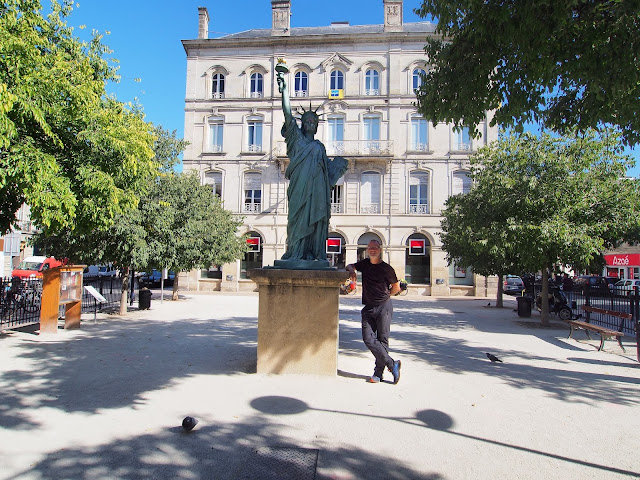 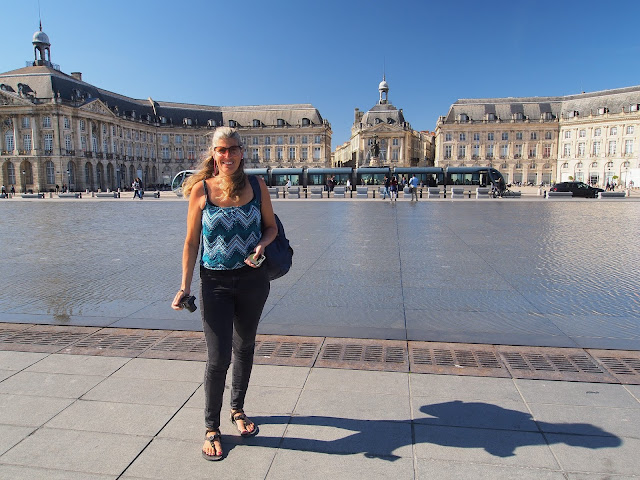 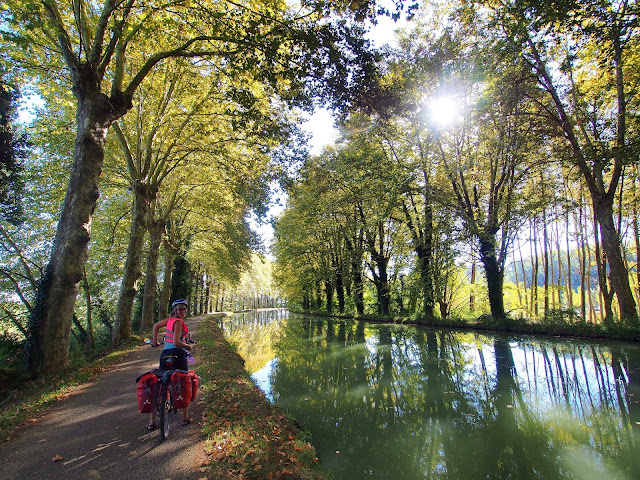 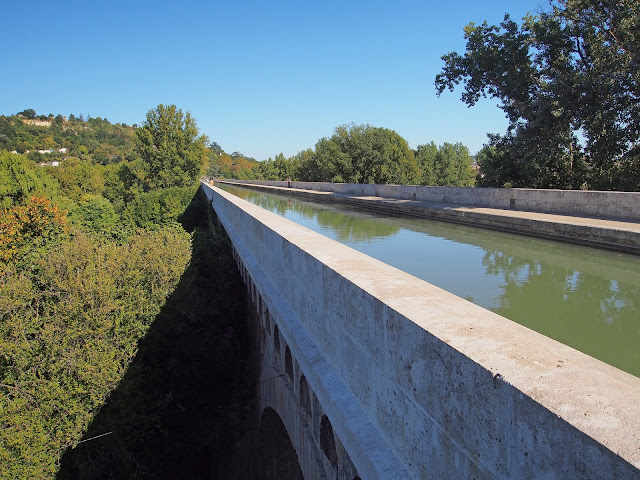 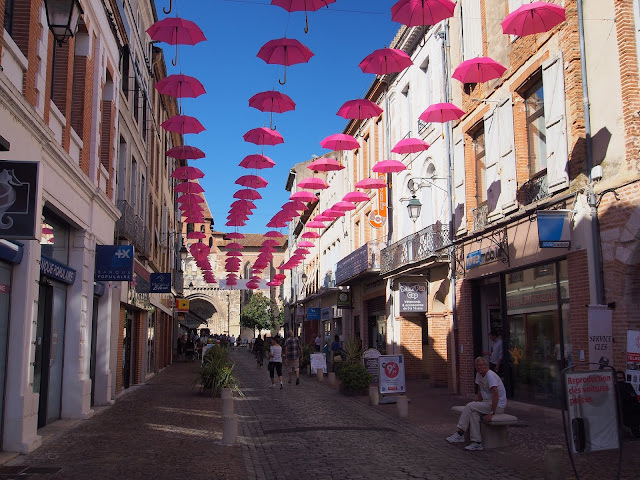 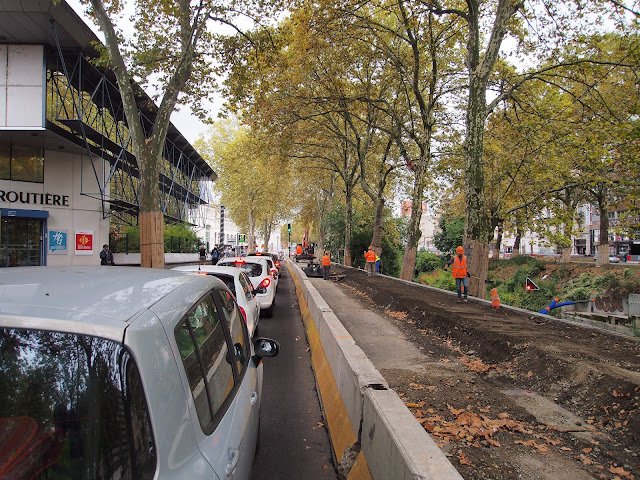 Stuck in traffic in Toulouse. 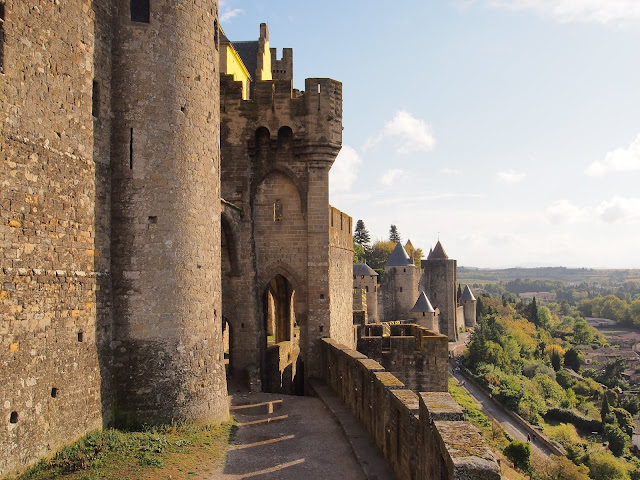 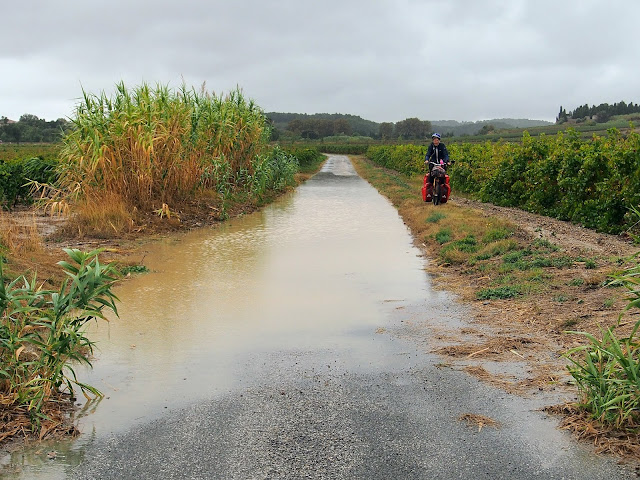 On our way to Cuxac-d'Aude. 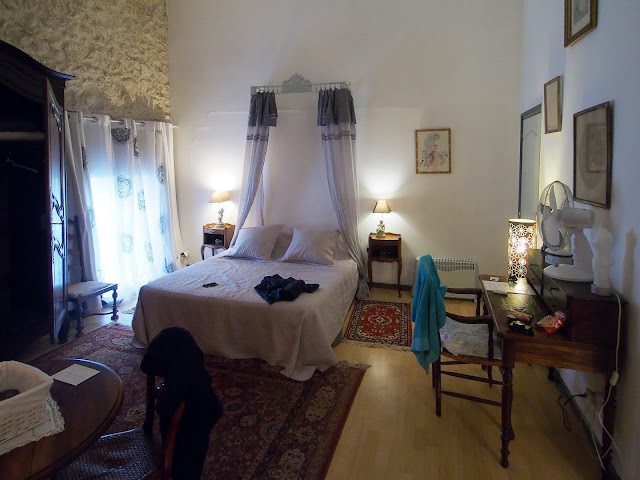 An example of what a cheap room looks like. 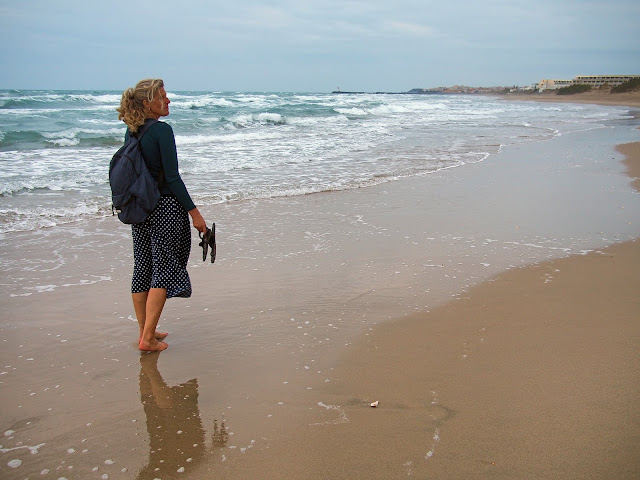