November 21, 2018
It took a few days to cure my hangover, but we finally left Valencia to slowly ride south. 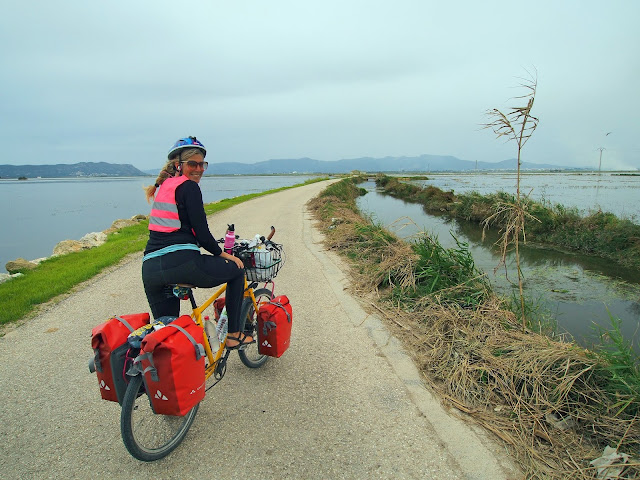 A group of high rise buildings interrupt the flat landscape now and then. Tourist resorts scattered along the coast, reminding me about summer vacations with my family, 30 years ago.

Now, it's not summer but November, these towns are empty and silent. Stores have their shutters rolled down and restaurants are closed regardless of what opening hours they state on the internet. We had to eat at Burger King, to my delight. 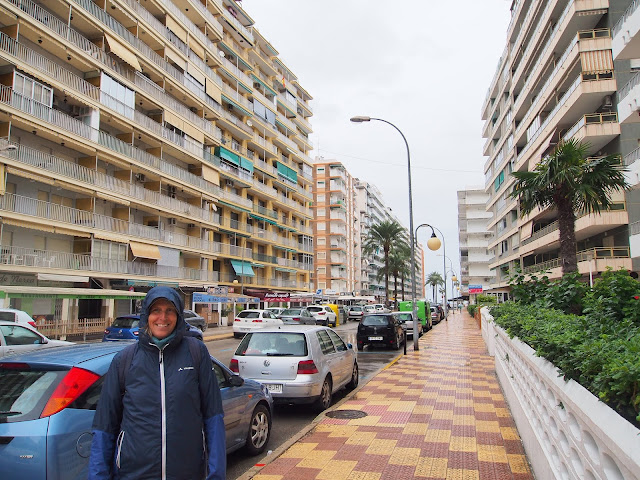 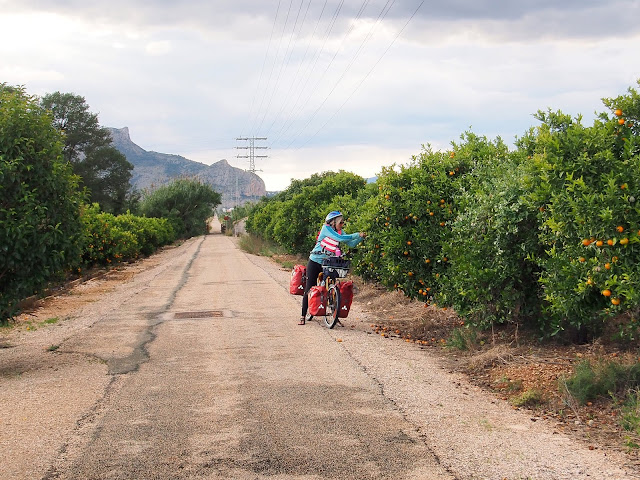 The road started to get hilly, to get further south we needed to climb Sierra de Bernia. The shortest route across was either the highway or a steep gravel road. We chose the latter, an easy decision. Downhill, we were rewarded with an amazing view of the coast and Penyal d'Ifac, a massive limestone.

On this side of the mountain, the tourist season was not over. Hordes of people occupied the bars of Benidorm and we hurried out of the place. 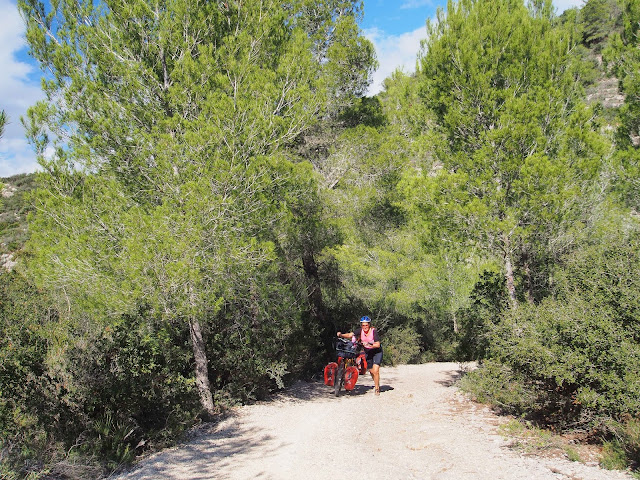 If you stop cycling, it's to steep to start again. 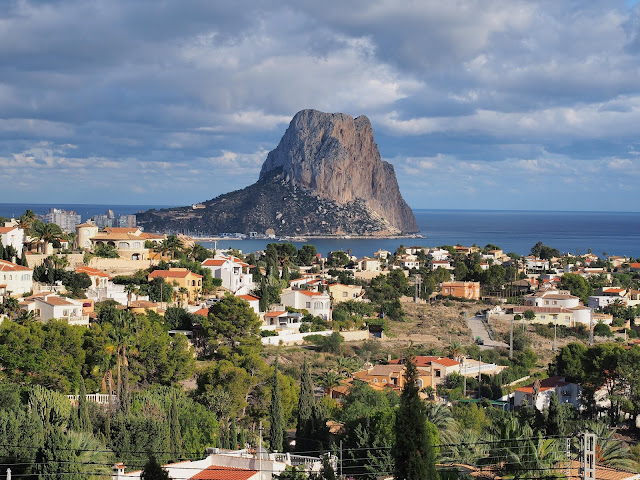 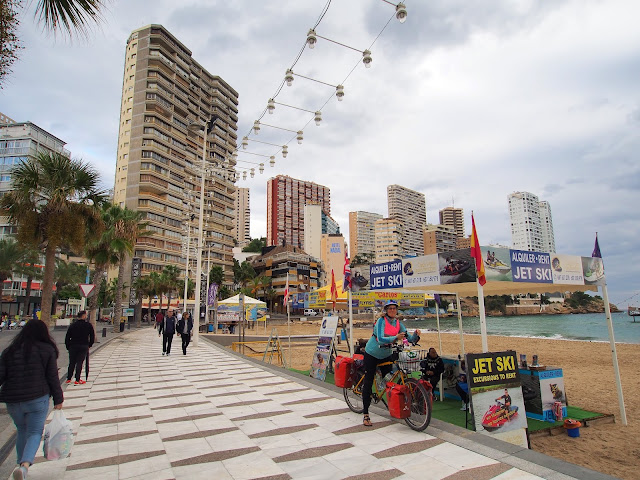 Now and then we came across ghost roads. Perfectly fine road networks that seem to have been abandonded and nature has started to reclaim the earth. Trash piling up, but no buildings. Maybe someone planned a resort or a residentual area at some point, built the roads and then ran out of money. No matter the reason, it's perfect for cycling. No traffic and great pavement. 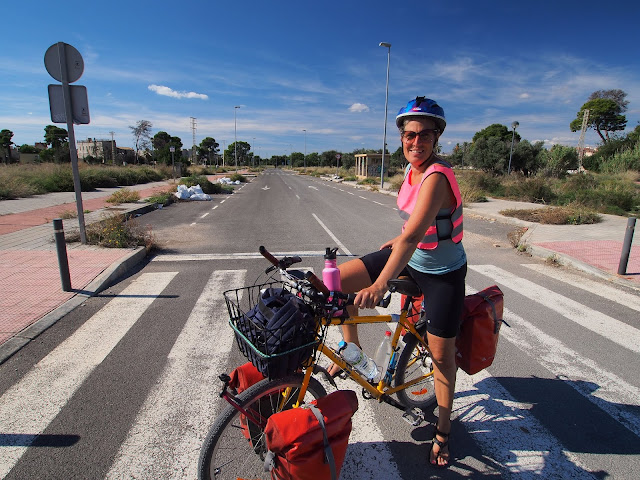 A bit eerie though.

We passed small towns of two very different kinds. They were either a cozy village with not too many tourists, or the complete opposite, collections of almost identical houses purpose built to cater to northerners escaping the winter and instead spend time golfing and drinking with an ocean view. Here, no locals could be found. Not much else could be found either, really. We tried to avoid larger towns like Murcia, Torrevieja and Cartagena. 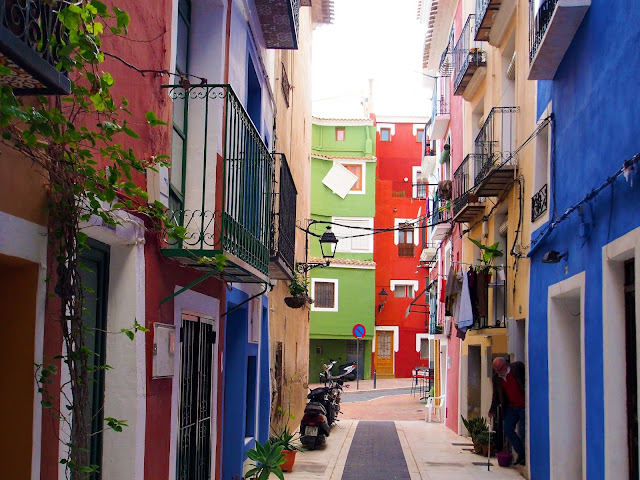 Entering the natural park Cabo De Gata in the southeast corner of Spain and the number of tourists decreased a bit, but the number of ghost skyrocketed. The area was once the setting of a gold rush and with its dry climate and abandonded buildings one can easily understand why this area was used to film many of the Spaghetti Westerns.

I doubt Clint Eastwoods career would have been the same if they filmed in Benidorm, but what do I know? 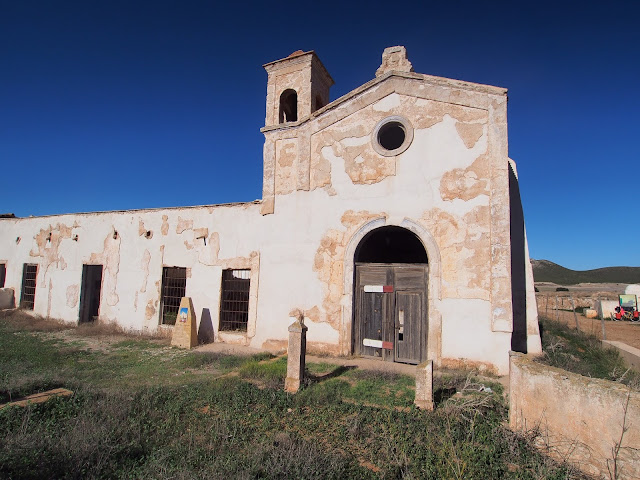 Cortijo del Fraile, a ruined farmhouse featured in The Good, the Bad and the Ugly. 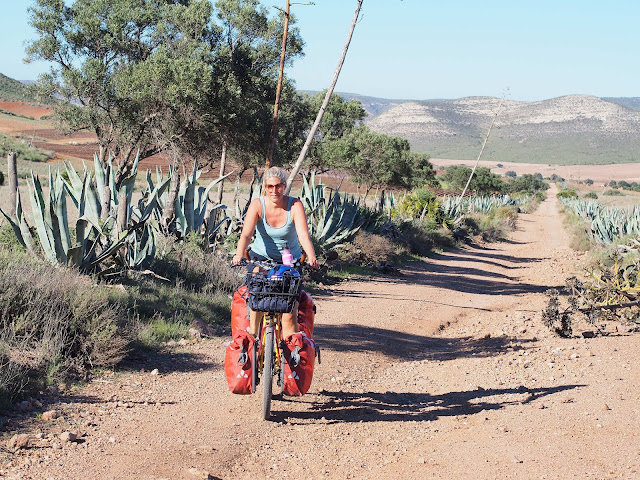 Cabo De Gata is the only region in mainland Europe with a true hot desert climate. 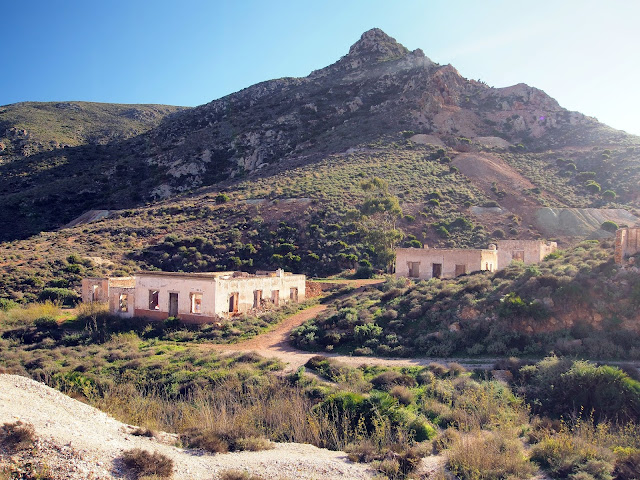 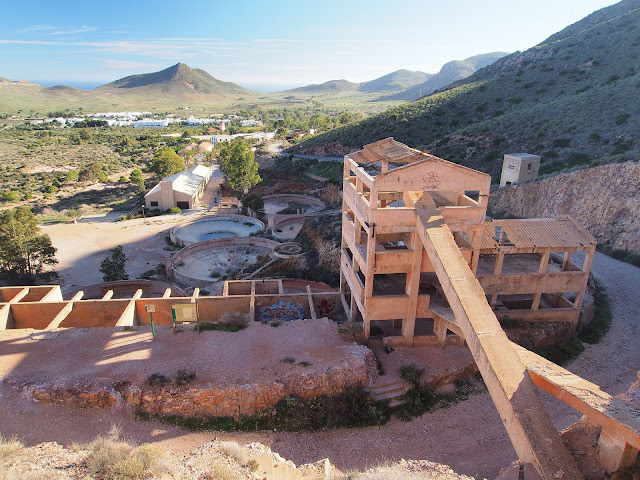