The Queen of Vaginas

I wasn't sure what to make of it, but since I am the stranger at this party, my knowledge of Spanish idioms is very limited and the man in front of me is the best friend of the hosts, I decided to not reach for any conclusions and just listen.

Sandra, the woman he was referring to, cleared it up.

Ah, that would explain it. That, and the fact that Sandra could speak fluent English.

Sofia and I had graciously been invited to stay with her and Eloi despite it being Eloi's birthday and they had their hands full with preparing the party. Their friends arrived one by one and they all made their best effort to make us feel included, along with insisting on keeping our glasses full.

We had a ferry to catch the day after, but it departed 11:30 and we didn't worry too much. It was a problem for tomorrow, not now. 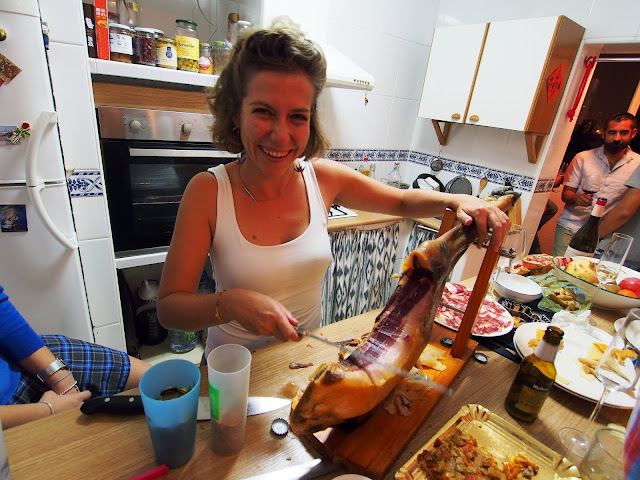 Sandra is expertly cutting thin slices of the classic and mandatory Spanish ham.

The next day did arrive eventually, however, and we dragged ourselves out of bed still a bit intoxicated. The first task was to carry our bags, and the bikes, down three flight of stairs. It was 7 kilometres to the dock, but we had plenty of time. We thought.

For some reason, when you need to be somewhere in a hurry, signs pointing you in the right direction are nonexistent. When we finally got to the ferry the loading personnel waved at us asking us to please hurry, the boat is leaving now. We were the last ones on board.

Eight hours to cross to Valencia, and I was hungover the entire time.

The prior days in Mallorca had been much calmer. Several days of rest and relaxation only interrupted by one day driving around in a rental car. A long time ago I worked as a delivery truck driver. Those days feel very distant, since driving a car today does nothing but stress me out. Combined with the fact that both Sofia and I had visited Mallorca before made the car excursion feel less enjoyable.

It becomes even worse when you order a pizza and realize that you can't have a beer!

That is no way to live! 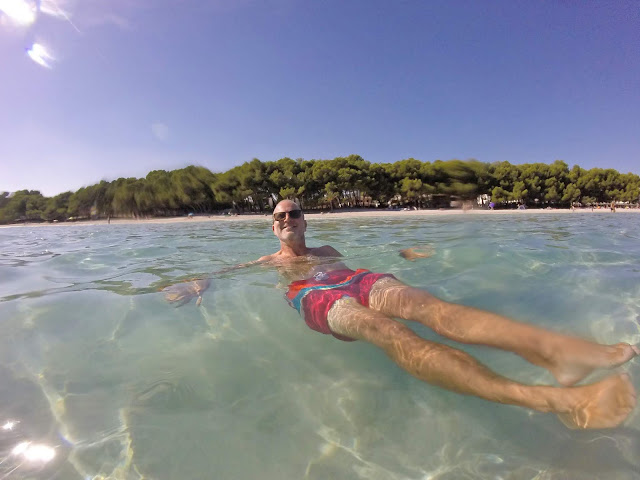 It's October you say? I wouldn't know. 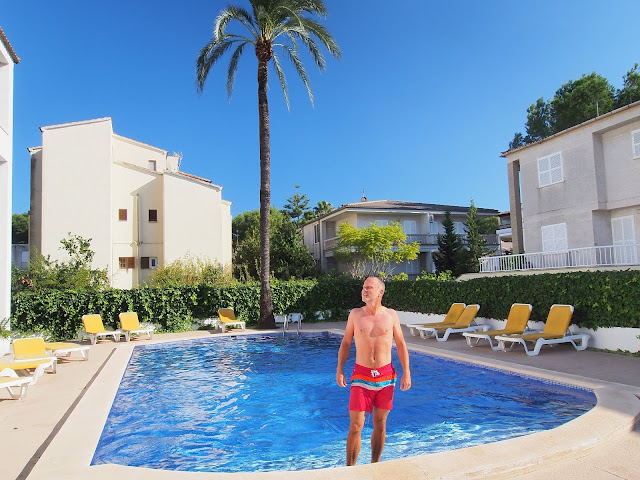 Home for a week. 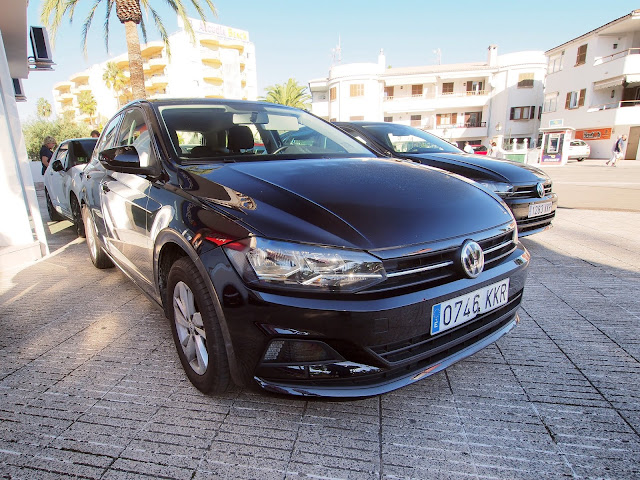 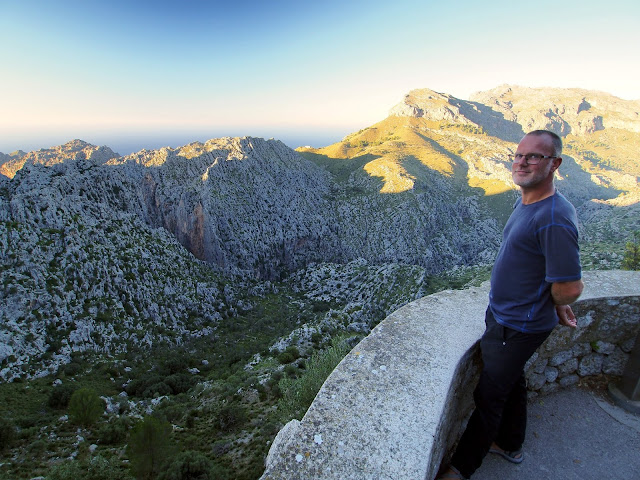 The view is nice, but it tastes better if you catch it yourself. I mean cycling makes it better. Because of the effort. I see myself out.