December 18, 2018
The neighbor walked out on his roof terrace, smiled, and waved at me. I hesitated at first, then waved back a bit awkwardly.

It felt awkward because I was inside, in my bathroom, having a shower.

I turned my back on him pretending he wasn't there and soon the glass had fogged up enough for me to be alone. I wouldn't personally put a panoramic window towards the neighbors terrace in my bathroom, but other than that, this was an amazing apartment in central Cadiz. Our final stop in mainland Europe.

The past month have progressed slowly. Very slowly. For once, the weather was no longer a concern. Even though we have had fantastic conditions almost the entire trip, except for the one cold wet and windy month in Iceland, keeping up with summer has been a constant race due south. Here we were now. Due south. No need to hurry any more. Also, my parents were flying down to visit, and the set date meant we had plenty of time.

We clung to the coast, only cycling for a few hours every day, stopping for a beer ever so often. We passed diverse towns, some pampering the tourists, others built around agriculture. Some quiet, some vibrant. They had one thing in common though, in Andalucia, having drinks almost always includes free tapas! 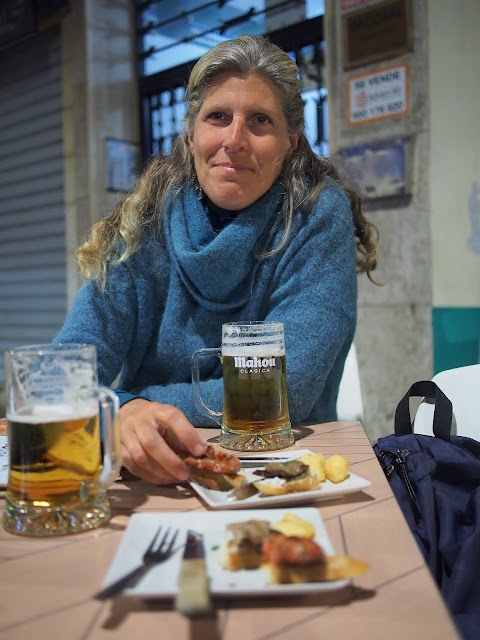 Tapas and beer in Almeria! 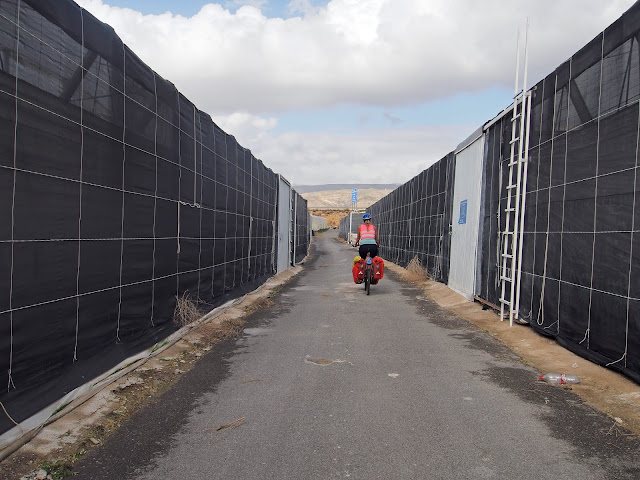 Almost an endless number of greenhouses in the region of Almeria. 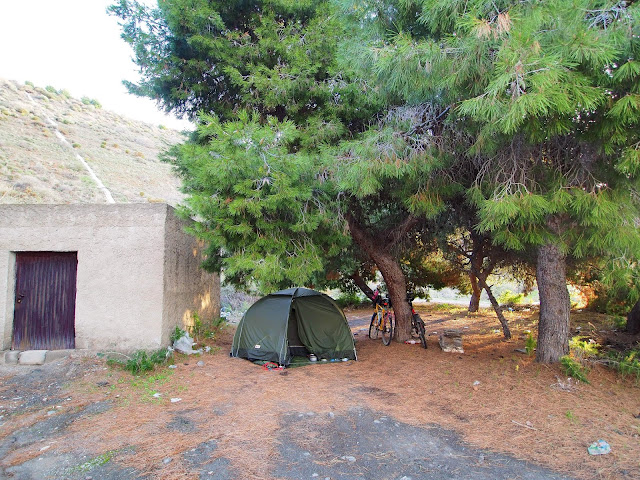 In populated areas, a spot hidden enough for freecamping is often a spot found by someone else before you. Someone who doesn't care much if he is leaving his crap behind. 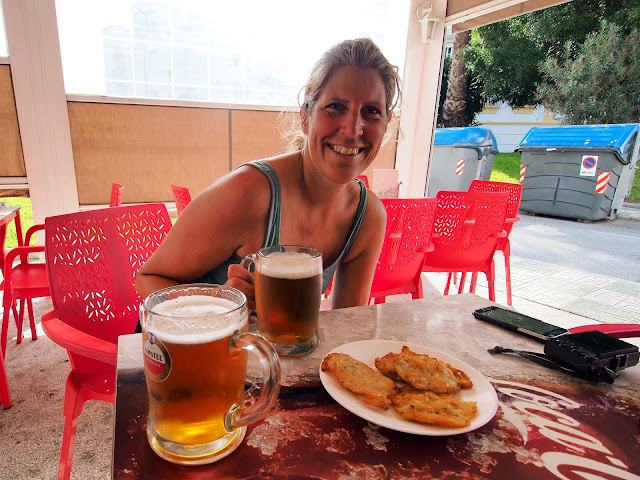 Tapas and beer in Salobreña! 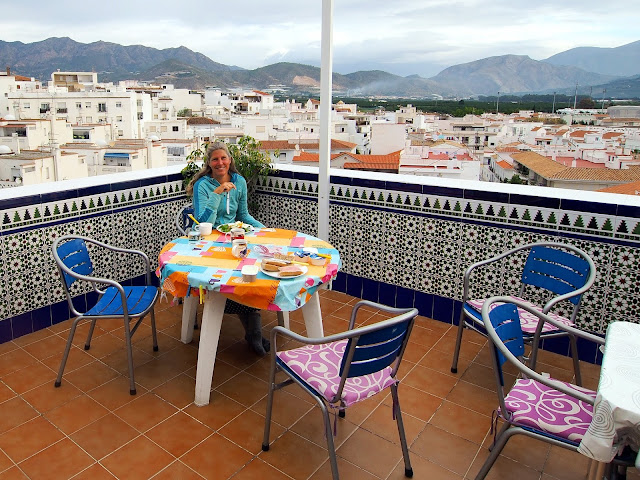 Breakfast on the terrace in Salobreña.


We reached Nerja the day before my parents would arrive from Malaga. For the first time in weeks, the weather forecast didn't look too good. It was going to rain! Sure enough, when my parents arrived they brought the clouds with them, and it basically stayed that way the five days we had together. When they left, the sun once again shone on us. Might bad timing be a inheritable trait? We had a great time though, a clear sky is not as important as mom and dad.

Dad is subjected to a "Mexican tradition". 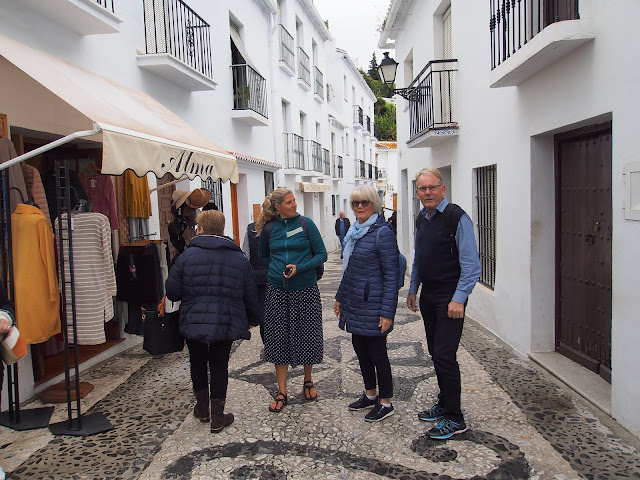 Daytrip to the cozy village of Frigiliana. 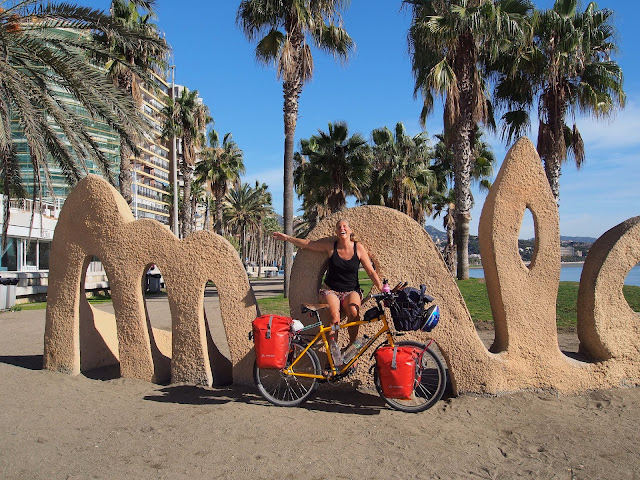 
After Malaga we left the coast for a while. Not so much because it was a shortcut to Cadiz, but because of a hike I have wanted to do since I heard about it for the first time back in 2012. Or not so much heard about it, as I saw a terrifying vertigo inducing video. Back then Caminito del Rey was one of the most dangerous hikes in the world, a narrow and broken walkway along steep walls of a gorge. Today it is renovated, safe and tourist friendly. Probably for the better, about half a dozen people fell to their deaths the past decades. 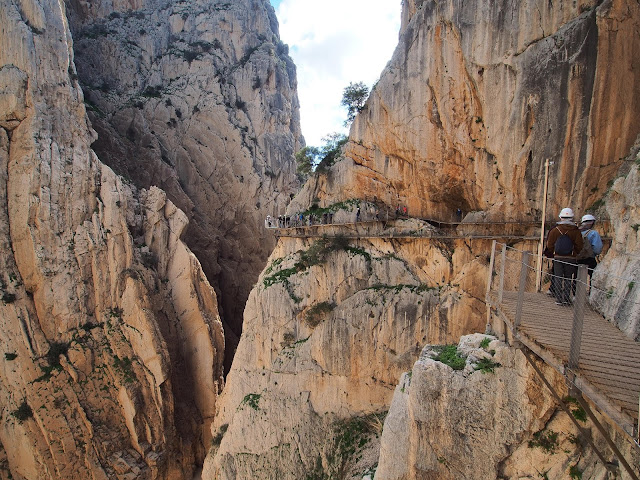 
While I do enjoy traveling, to challenge myself and taking risks, the purpose of it is to live. The living part is important. 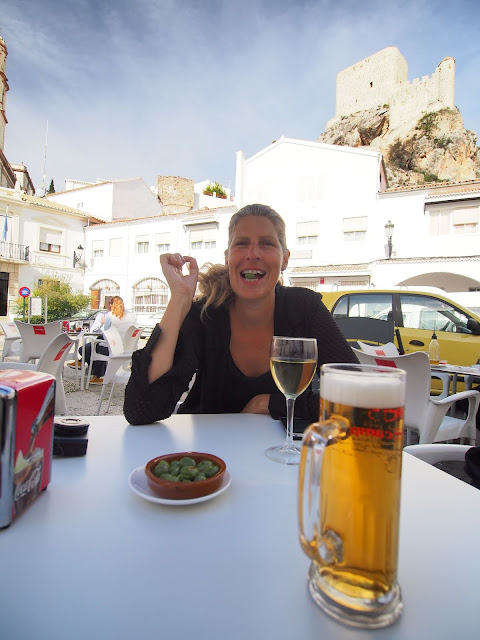 Tapas and beer in Olvera! 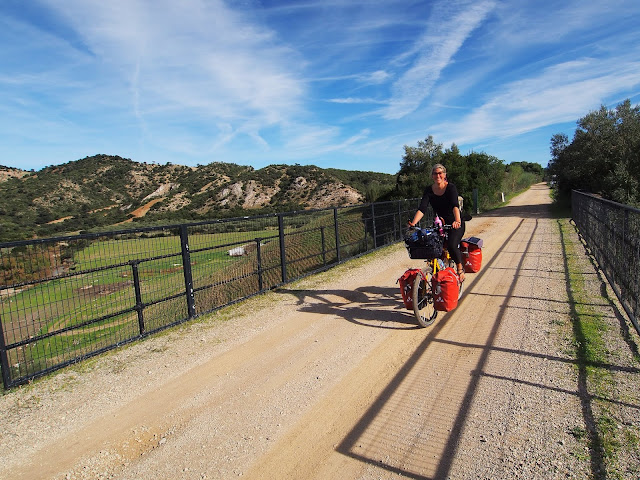 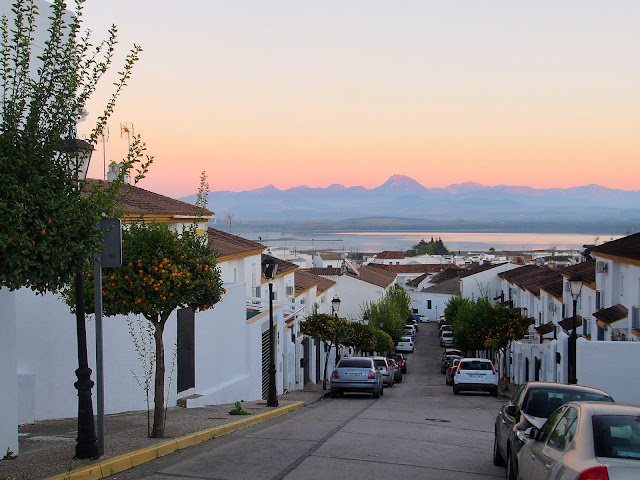 The picturesque village of Bornos. They had tapas and beer here as well. 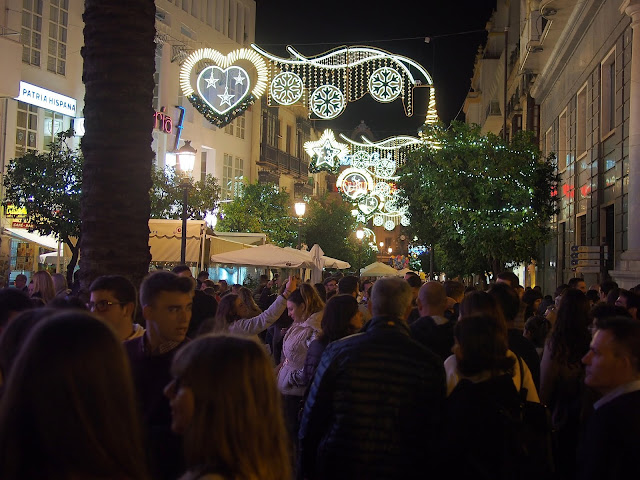 Crowded in Jerez de la Frontera, when it's Constitution Day! 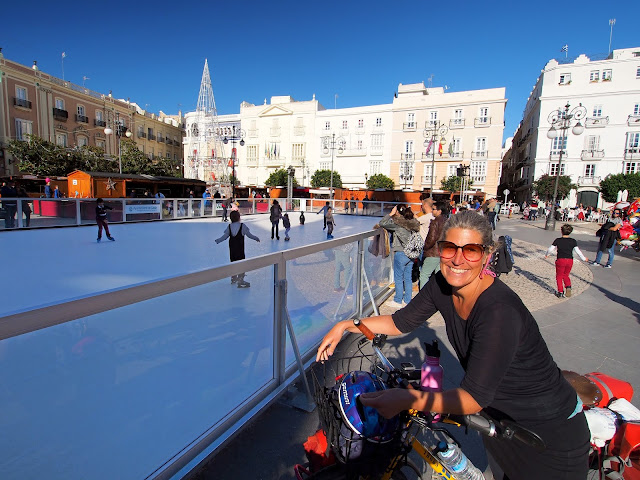 Arrived to Cadiz! Believe it or not, but that is not real ice!