January 29, 2019
We were sitting at the docks in Cadiz waiting for the ferry that would bring us to Gran Canaria.

As almost always the case when boarding a ferry, the complete lack of signs or any useful information were a source of stress. However, something felt different. Unlike most other times, the staff didn't seem very concerned.

“Do you have tickets?”, the man asked and we acknowledged that we had. “Have you checked in?”, he continued and again we nodded and said Si. “Go on then”, he said and pointed the way, without even looking at our documents.

We were still on the mainland but the pace had already tuned to the islands, as had the timezone. The clock was adjusted to one hour earlier as soon as we got on board. The 40 hour trip was spent eating, six meals were included, and trying to sleep in our chairs. 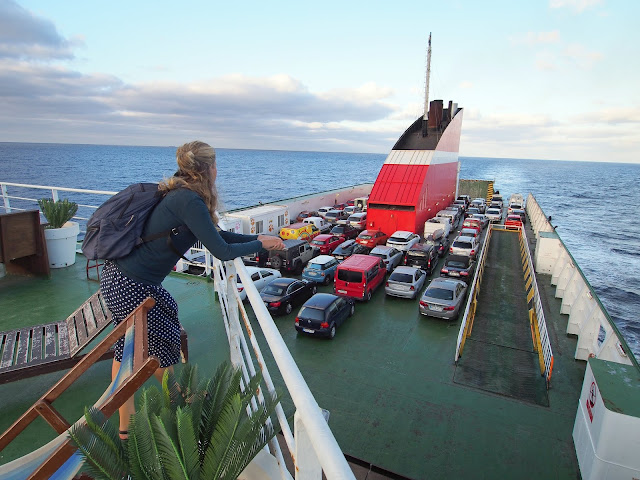 
Arriving to the Canaries marked the end of our plan, what little plan that we have had, if any. We stayed for a day in Las Palmas, hosted by fellow cyclist Anna, who showed us the town and it's selection of bars. Just the way we like it. 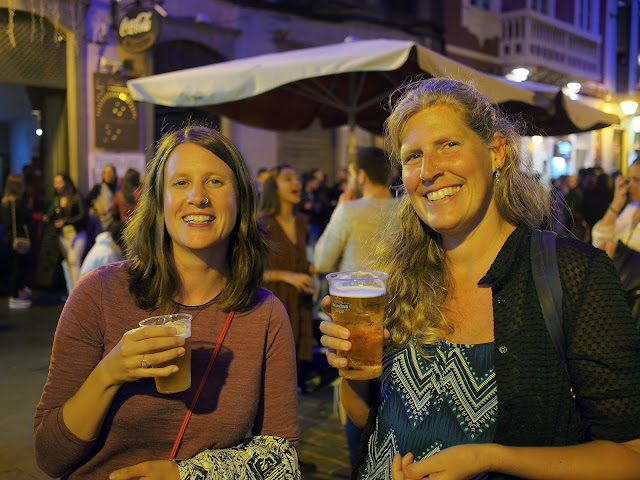 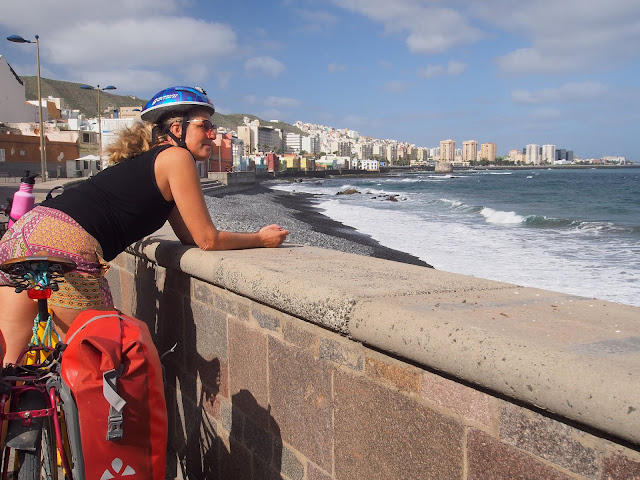 Looking back towards Las Palmas.

Hanna, sister of Sofia, flew down to visit us again, this time to celebrate Christmas. They did a fantastic job creating an atmosphere. Some traditional food is difficult to find abroad. Apparently not everybody appreciates things like fermented herring. Who knew? 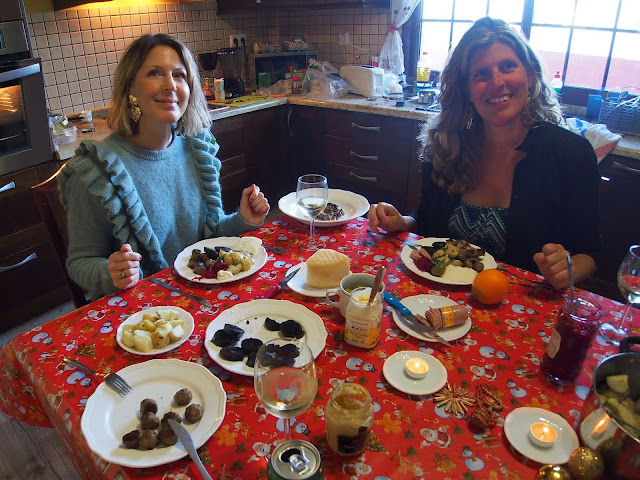 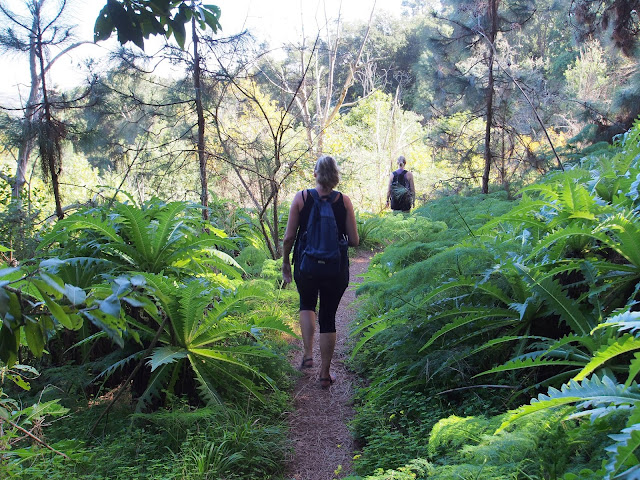 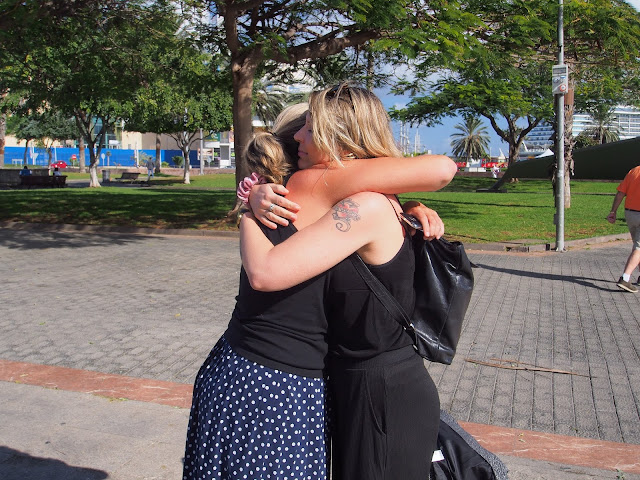 A long time ago I visited the Caribbean island of Saint Barthélemy, the only colony of note Sweden has ever owned, sold to the French in 1878. It still has a strong Swedish heritage and I remember thinking how great it would have been if my country had kept a slice of paradise.

Now I know how that would have turned out, because Sweden apparently DO own a place in the sun, and it is called Maspalomas. Having maybe the best weather in Europe during the winter months, Swedes completely dominate this town in southern Gran Canaria. Swedish banks and real estate brokers are present. Restaurants and stores sell Swedish food, employing Swedes or sometimes Swedish-speaking locals. Swedish health centers and hair salons, dentists and manicurists. 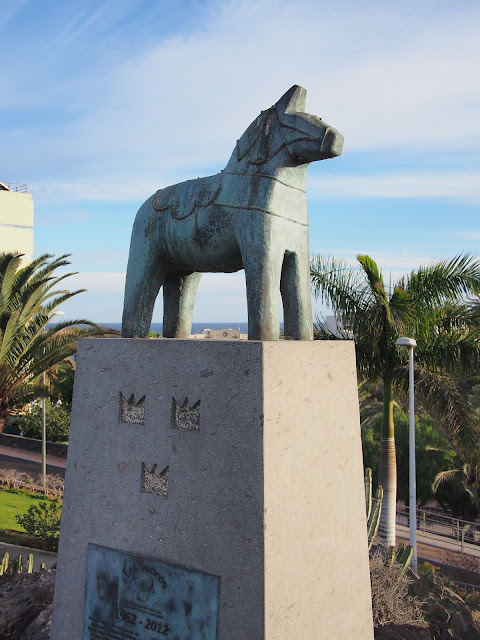 A statue of a Dalahäst. Didn't expect that. 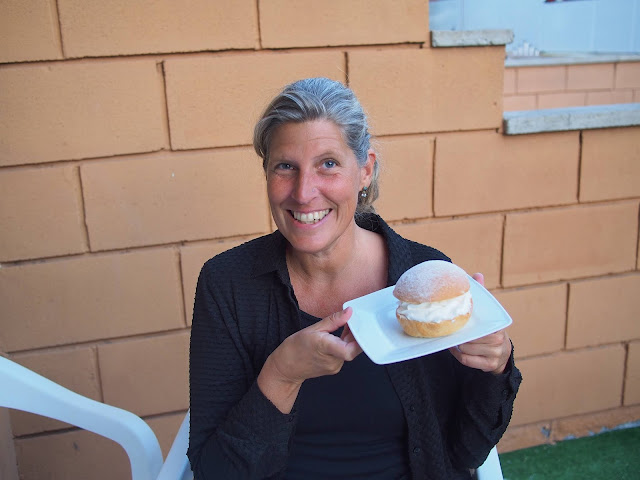 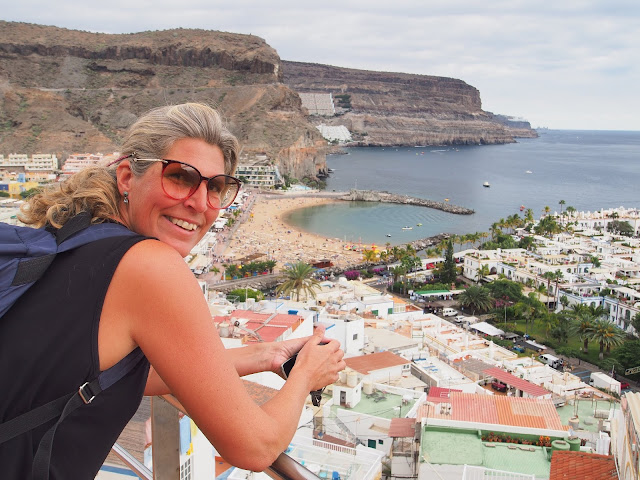 Here, we found ourselves an apartment. A sunny south facing terrace and a community pool felt like what we needed to plan our future. As always, the planning part took a backseat to the drinking beer part. I am 42 years old and I still don't have a clue about what to do with my life. I want to climb the highest mountains, hike the lowest valleys. I want to raft the widest rivers, cross the largest oceans. At the same time, I just want to look at the stars and have a beer.

Fortunately, life on an island provides all of that. 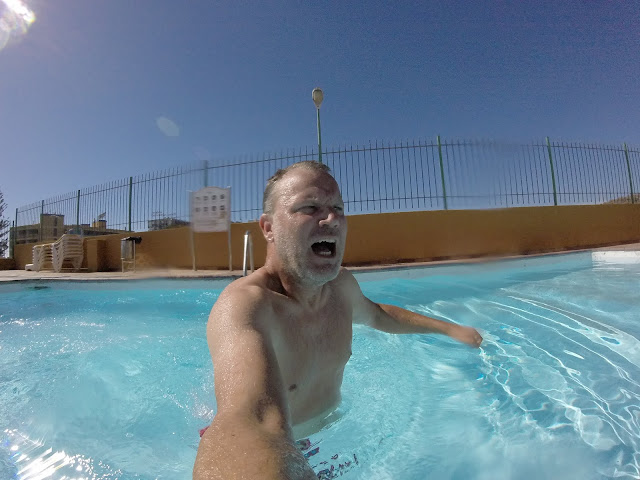 Our pool is really, really cold!