February 19, 2019
One meets a lot of people on the road, fleeting relationships fueled by a common interest of travel and often similar views of the world. In rare cases you run into each other again, later in life. I've traveled with Rob both in Thailand and in the US several years apart. I took the opportunity to catch up with Dan when he was in Copenhagen only a short train ride away from my home town. Me and Sofia stayed for over a week in Sneek when we were cycling in The Netherlands, because our friend Jan happens to live there. The key to a recurring relationship seems to be a three letter name.

I need to make sure to meet Anna and Flo at least once more, because when I left them, I was the reigning Asshole. The loser. The danger of playing card games the last evening is that if you draw the short straw, you are going to be the loser forever. Or until you meet next time. At least Flo is spelled by three letters, greatly increasing the chance of me handing over the title at some point in the future. Until then, I am the Asshole. 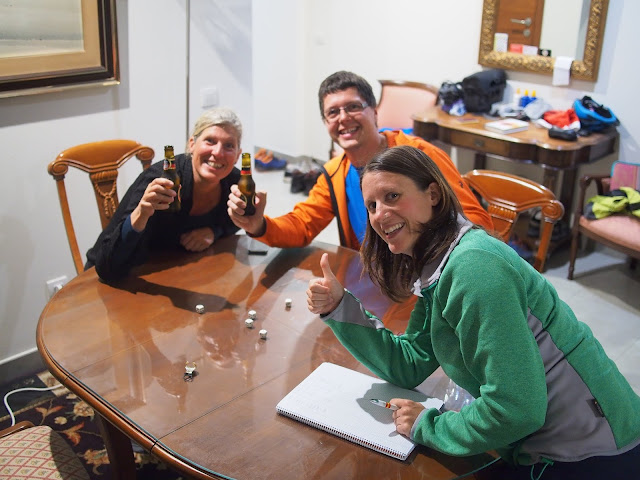 Sofia with her six 1 on the first roll, Flo and Anna. The Asshole is behind the camera.


Sofia and the Asshole took the ferry the next day, to the island of Fuerteventura. An island so close but yet so different. Rugged and sparsely populated it is much easier to find spots for our tent. We set camp on the rural beach of Cofete, a beach where each visitor gets a mile of their own during the busy hours of the day. For a while I seriously contemplated if I should just stay here and become a beach bum. Unfortunately we had only brought food and water for three days, so eventually we had to leave this tranquil place. 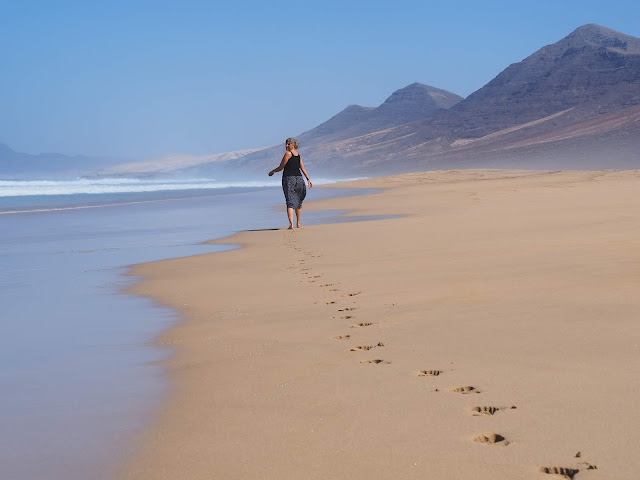 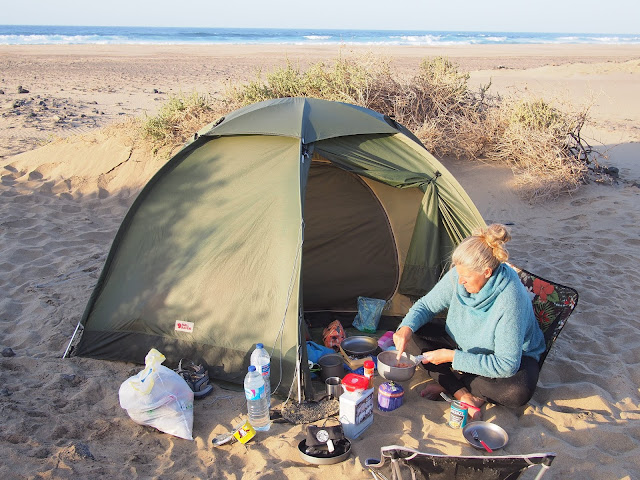 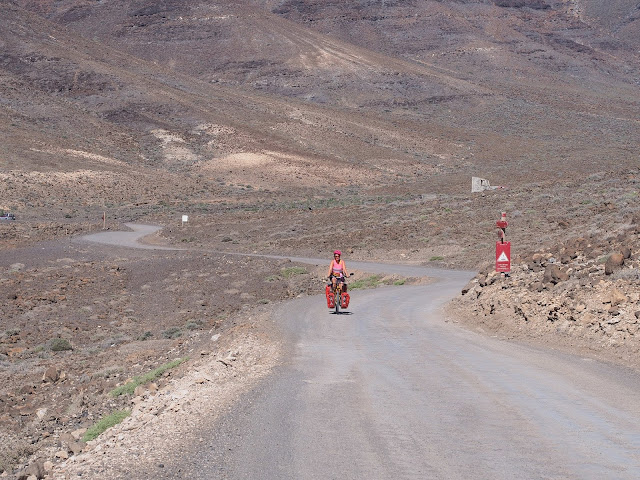 In search of food and water. Maybe a beer as well.


For some reason, most of the hotels on Fuerteventura seem to be all inclusive resorts. Usually we book a night at a cheap hotel when we feel like having, or need to have, a shower, but just one night at an all inclusive is a waste of money, isn't it? You need at least a full day to get your moneys worth in Gin & Tonics, so we made sure to take a rest day. A day of rest from the hard work of living on a beach. 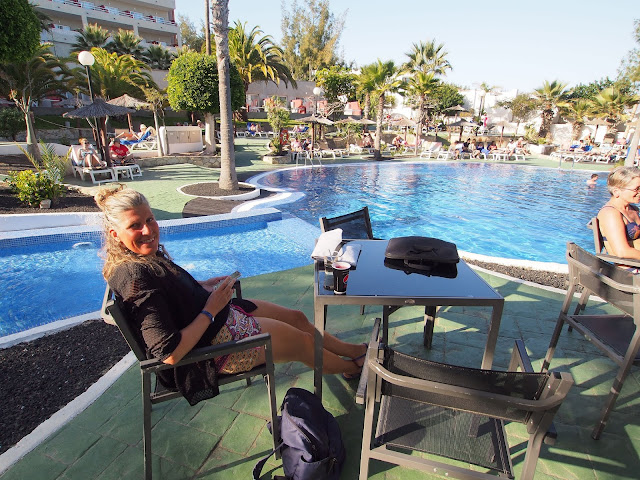 The beach, the pool. What's the difference?

We continued cycling north on the island and we needed another rest day, and then another. It was almost a relief taking the ferry to the third island, Lanzarote.

We desperately needed a day of rest from all these drinks and buffets.

Life is hard. Especially if you're an asshole. 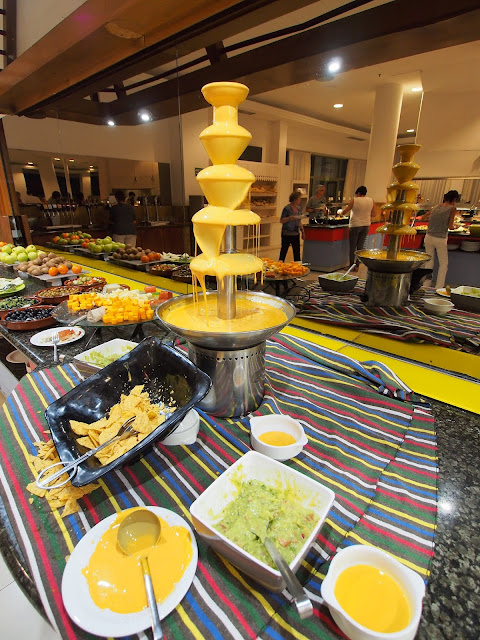 Just look at that nacho-thing!