Death is lurking below the surface.


Floating around in waist-deep water we tried to avoid touching the bottom as it was rocky and full of marine plants.

“No, there is nothing”, she said. “Wait, maybe one or two tiny puncture marks!”

The pain was starting to become unbearable but yet still increasing. I hurried up to shore and I limped over to our sunbed while trying to keep my grunts quiet.

“Google it!”, I replied, instantly realizing what a stupid request it was.

I put my towel in my mouth, partly to have something to bite hard into, and partly to muffle my screams. Not making a scene seemed important. 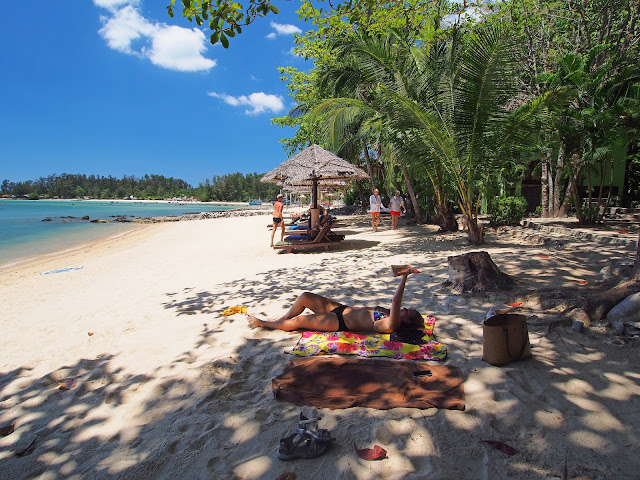 Don't want to ruin the reputation of the place, right?


“I'm going to get somebody!”, Sofia said with some panic in her voice.

The other girl on the beach quietly packed her things and left. So much for not making a scene.

I was sitting there rocking back and forth while screaming into the towel when Sofia got back with the bartender. He had a glass full of limes and he smiled while applying lime juice on my toe. It did nothing to ease the pain.

“Do we need to go to the hospital?”, we asked him hoping he would know, but I could not tell anything from his bad English. By now the pain took almost all of my concentration and I could barely focus on anything else. The affected area slowly, very slowly, grew larger. At least it was going to take a very long time until it reached the heart, but would I even survive the suffering for that long? I realized that regardless of what I had stepped on I needed to get to the hospital, if for nothing else, to stop the excruciating pain. I would easily have cut off my toe to stop it right there at the beach, with any sharp object, if I had thought it would have helped.

By now my screams had started to attract attention and a small crowd formed. A woman said she was a doctor and asked about my symptoms. Do I feel dizzy? Do I have chest pains? “No. No. Just hurts. Worst pain I have ever felt, by far!”, I managed to tell her, while hyperventilating.

I tried to think of what could hurt more. Slowly pulling the toenail with a pair of pliers? No, that would not feel as bad as this. Burning the toe with a welding torch? Maybe.

I don't know how much time that had passed when I was carried to the flatbed of a pickup truck that had driven down to the beach. Sofia got on the flatbed with me and the car was speeding to the emergency room. It was just a few kilometers but it still felt like eternity. We passed a lot of scooters and more than a few got a surprised look on their face when they saw one of the passengers screaming his lungs out.

I was put in a wheelchair, got separated from Sofia and quickly put on a bed. A doctor asked me a lot of questions “What stung you? Sea urchin? Snake? Stonefish?”. “I don't know, I don't know, it hurts bad!”. “What beach were you at? What hotel do you stay at?”, she tried. “I don't know. I can't remember! It hurts bad!”.

If I had been able to think straight I could have told her that it was definitely not a sea urchin or a snake, and that I stayed at Loyfa, just 5 kilometers north of the hospital.

“Do you take any medication? Any allergies?”, “No, no. But I got some painkillers from a doctor at the beach. My girlfriend took a photo of its packaging”. Sofia was brought back to me.

My foot was put in hot water and a nurse started to give me different shots. I lost count of the number of needles but it felt good getting distracted for a second. I was a bit ashamed of being the only screamer in a room full of injured people.

Later I learned hot water, temperatures above 45C, breaks down the toxin from the stonefish, something I think the personnel at the hotel should know, instead of applying the stupid limes.

I asked the doctor if I was going to die. She turned to the nurse, talked in Thai, then walked away. Alright I thought, I guess they are trained not to answer such stupid questions.

A tube in my hand fed me intravenously with some painkiller, and suddenly the symptom started to subside. Soon, the toe felt like I had hit a door frame as hard as I could, and that sensation felt amazingly good in comparison to the crippling pain I endured the last half hour or so. 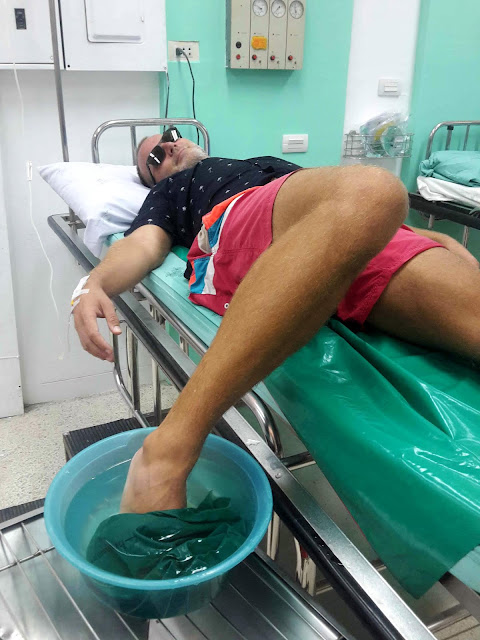 Up in the sky with diamonds.


I enjoyed the absence of pain and the high from the drug for a few minutes and relaxed, and then the emotions came over me. The shock and sadness from what I thought was an ongoing near death experience I still did not know I was going to survive washed over me, but I also felt an immense relief that it was I who stepped on the fish and not Sofia, or worse, one of my nephews.

I cried a little.

After the blood tests revealed it was not a snake and I was feeling a little bit better I was given a bag of medicine and a schedule to return every six hours over the next day for new tests. 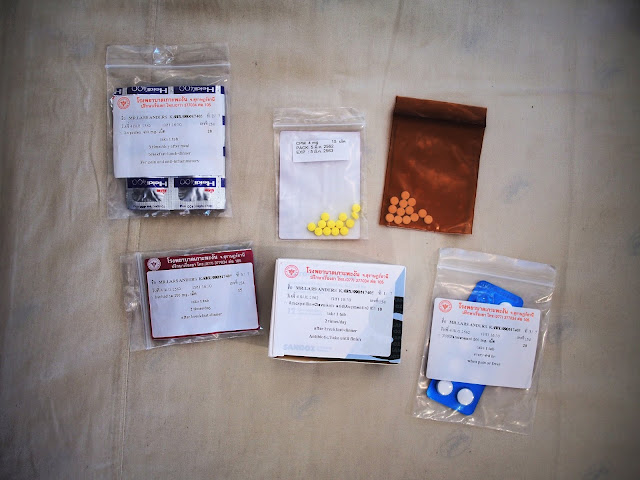 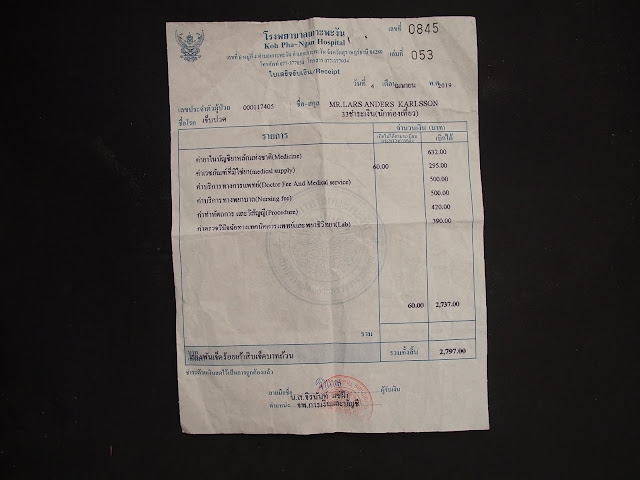 
Walking out of the hospital was a weird feeling. The toe still hurt like I had hit it very hard, but unlike a normal injury it hurt the same regardless if I put weight on it or not, so surprisingly I could walk normally. Besides, this level of pain was nothing. I felt like I had successfully endured a session of torture without revealing any secrets, but the truth is I would gladly have said absolutely anything to stop the hurting.

Reading about stonefish makes me appreciate I was so close to a hospital. I found horror stories where people on excursions or remote beaches were in agony for up to five hours. Fatal outcome seems quite rare. It's the 10/10 level of pain that gets you. 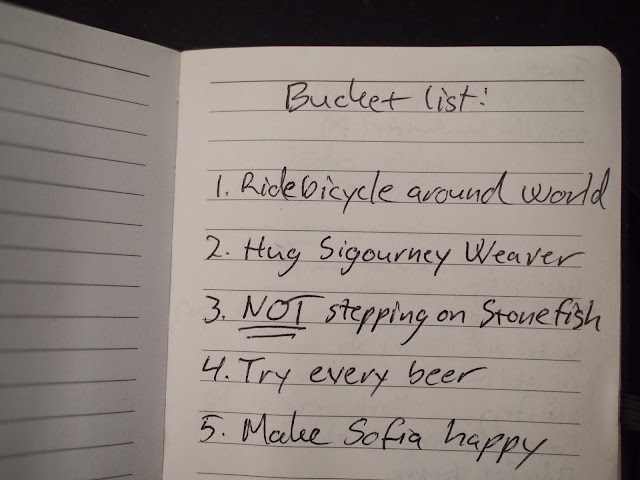 
A couple of days later I could no longer remember the feeling. What had been so real was now unimaginable. It does not matter how hard I try, the worst pain I can think of is at about the level of stubbing the toe or so. My brain has chosen to forget, apparently.

I sat at the dock at Koh Phangan, on our way to the airport for our trip back to Europe, contemplating about the ordeal, about looking out for myself. Be more careful. Avoid dangerous animals.

It was then a pigeon pooped on me.