The mystery of the missing meat

August 20, 2019
Many cyclist live off of pasta. It's cheap, it lasts, is easy to carry and there an abundance of pasta sauces to purchase in every supermarket.

However, some of us are trying to avoid carbs. 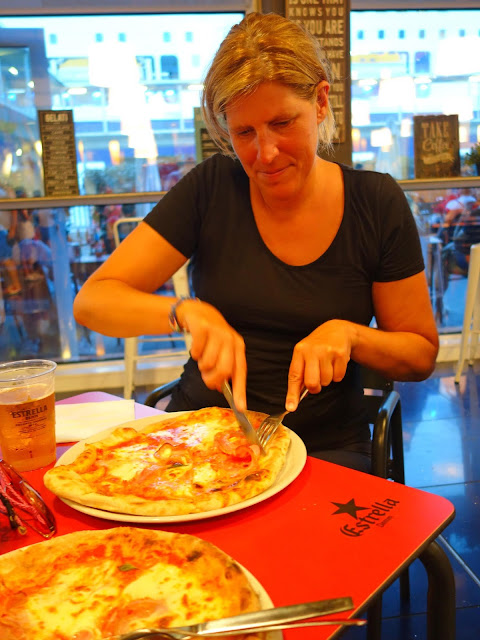 
Usually we shop fresh food on a daily basis buying some meat and vegetables. But we also carry a few days worth of canned food for emergencies, whenever we don't find a supermarket, or if we simply don't feel like shopping. Browsing the grocery store is the worst part of the day. It feels like work, almost.

Most canned food is of low quality, but our staple emergency dinner has been a can of corned beef complemented with a can of baked beans in tomato sauce. Add some spices and it becomes a tasty and reasonably healthy chili dish, low on carbs but full with proteins and fat.

Throughout Europe we have found corned beef in almost every well stocked supermarket, but in Lisbon we did not. We didn't think much of it, we had purchased a can in a small village just south of the city, but it turned out to be the last can of corned beef in western Europe. For the rest of Portugal and across northern Spain we failed to find it anywhere.

For emergency food we had to resort to canned food of lesser quality but found meatballs with peas to be decent enough. Weirdly though, every time we ate our two cans there were an odd number of meatballs. An odd number from two cans. I feel there should be more research about this.

We returned to our bicycles after having spent midsummer in Sweden and took a ferry from Barcelona to Sardinia, Italy. The country of pizza and pasta made it even more difficult to keep the carbs low, while cyclists we've met praised how easy it was to buy quality pasta. Still no corned beef. 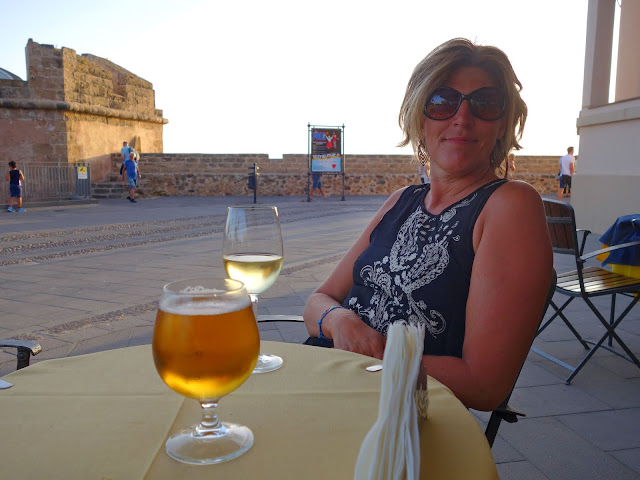 Some more carbs in Alghero, Sardinia. 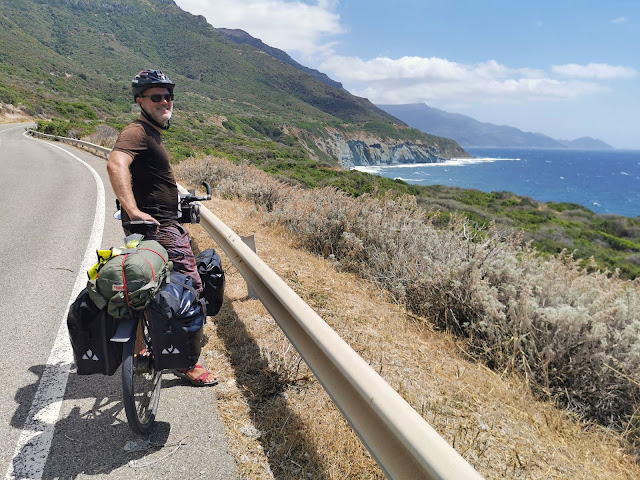 The west coast of Sardinia.


We had planned to cycle large parts of the island but after just a few days we got stricken with stomach flu. Spending several days in bed instead of circumnavigating Sardinia we decided to make up for lost time by skipping it altogether and take yet another ferry to mainland Italy. Weak from having had only yoghurt for the last couple of days combined with a heatwave that struck southern Europe, made the hilly landscape exhausting and it was hard to keep the humor up. Finally, back to the harbor town of  Porto Torres and a relaxing cruise to Genoa. 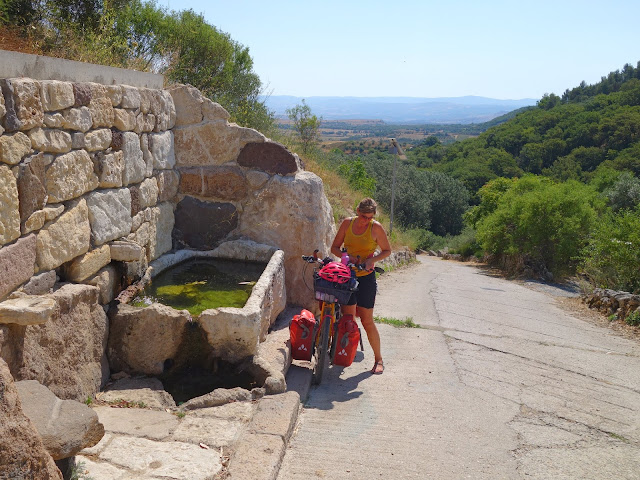 Finding a cold water spring in the hot and hilly interior. 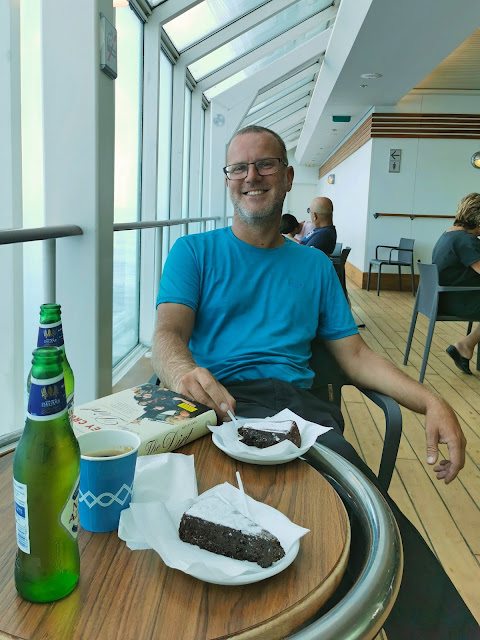 Trying to avoid carbs on the ferry to Genoa. 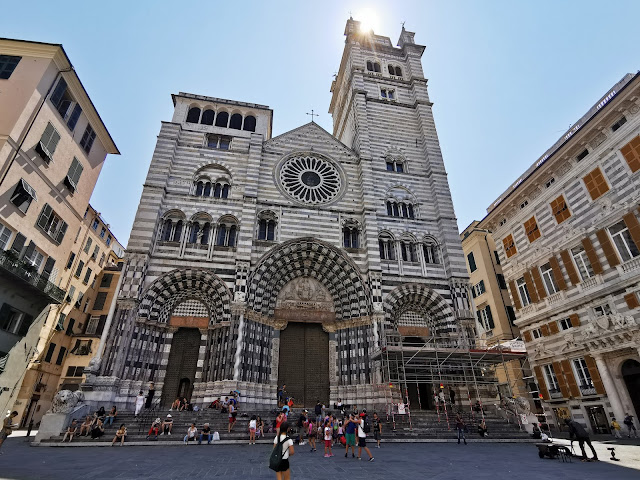 A day of rest and the hills north of Genoa were easy to climb towards our next goals, Lake Garda and Venice, the last stops in Western Europe for a very long time.

Cycling through Italy however beautiful it is, I couldn't shake the feeling of it being just a transit country. The last state before we go East, the last nation before adventure begins. This is not a rational feeling, I know, there's nothing wild and uncivilized about the Balkan countries, Greece and beyond, but as a milestone after over a year of cycling in Europe it felt important. 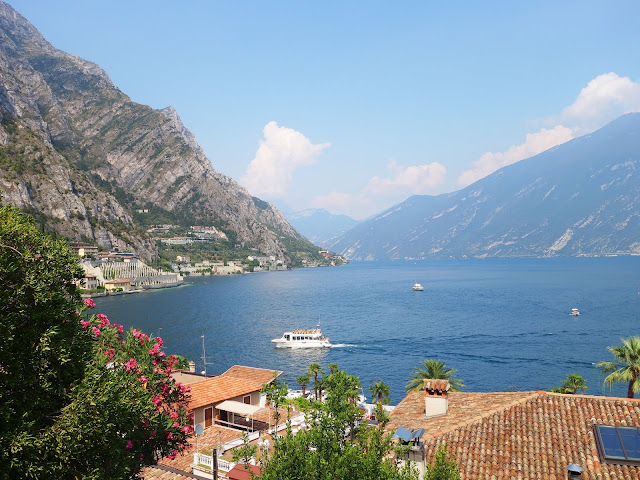 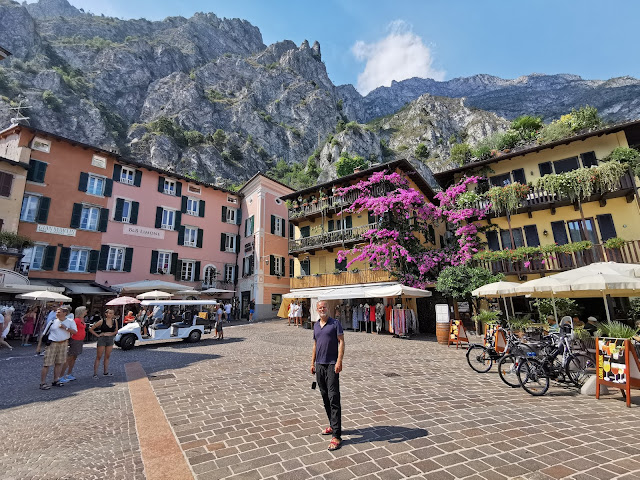 
We had a few relaxing, and very drunken, days at Garda Lake before moving towards Venice. The city itself is quite unique as there are no vehicles, only pedestrians, besides all the boats in the canals. We cycled and used ferries along the islands around the Venice Lagoon, parked our bikes at our hotel and used our daypass to ferry ourself into the city. From what we have read and heard from others, we were prepared of it being tourism hell, but either our expectations were low or we were lucky, because I enjoyed Venice much more than I thought I would. Sure, there were a lot of tourists, but my funds didn't get wiped out by having a few beers, as I had feared. 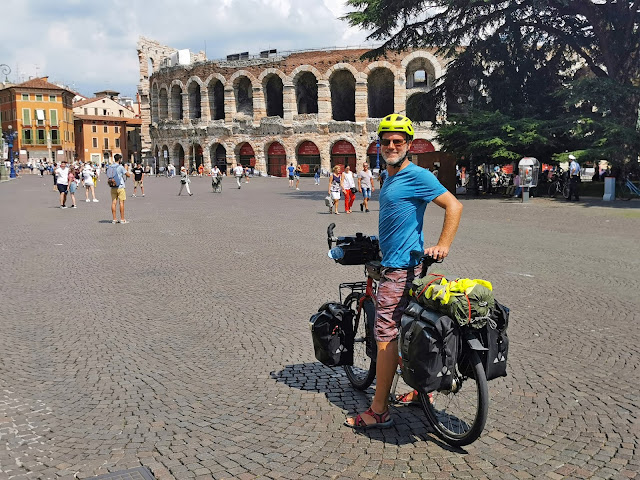 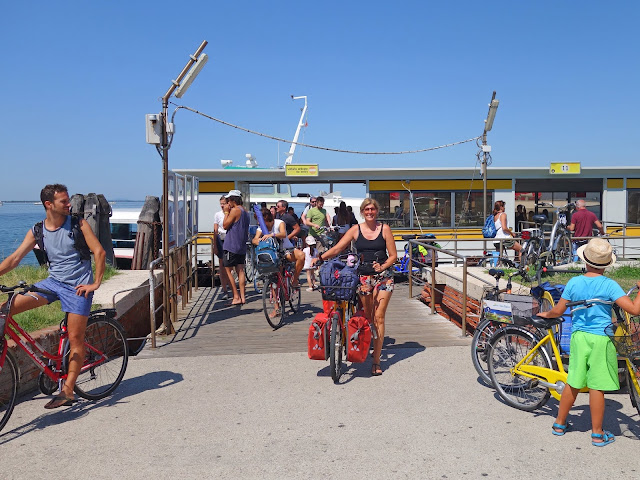 Ferry-hopping across the Laguna di Venezia, the source of the word "lagoon". 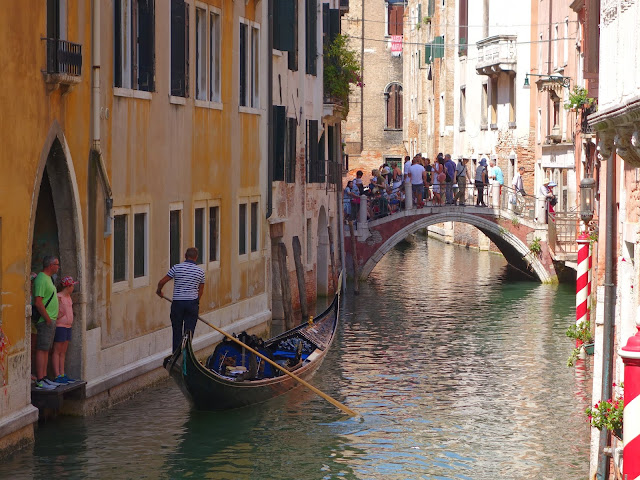