And then she fell

October 30, 2019
We arrived in Çeşme, western Turkey several weeks later than anticipated. Not that we had a timeline or anything resembling a plan, we just didn't want to be caught by winter until we got to Georgia, a country where we could stay during the cold months without worrying about visa restrictions. We figured it was going to take about two months to cross Turkey and we arrived in late September. 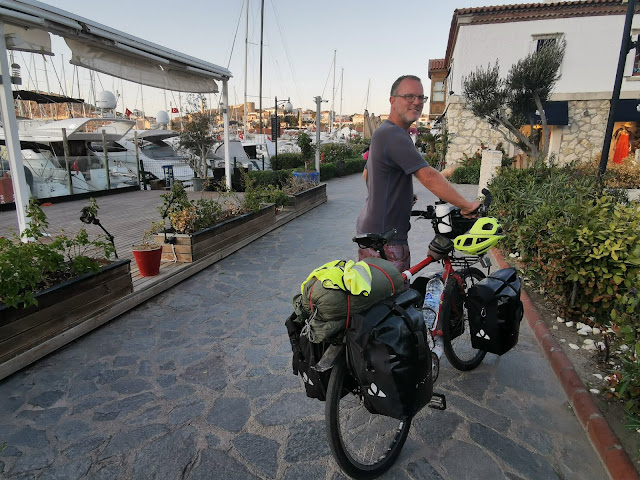 Fresh off the boat.

Our route skipped Istanbul. We are not overly fond of big cities and it's a pain to cycle through them. Istanbul is the largest city in Europe with 15 million people and crossing Turkey straight across the highland would avoid the larger cities, we thought. It was therefor a bit of surprise when we approached our next stop, Izmir, and it turns out to be the third largest city in the country with 4 million inhabitants. So much for avoiding the stress of metropolitan traffic. It says something about the effort we put into planning. We look at a map, choose a path of least resistance, try to find something that seems to be interesting along the way and tell ourselves it's good enough for us. 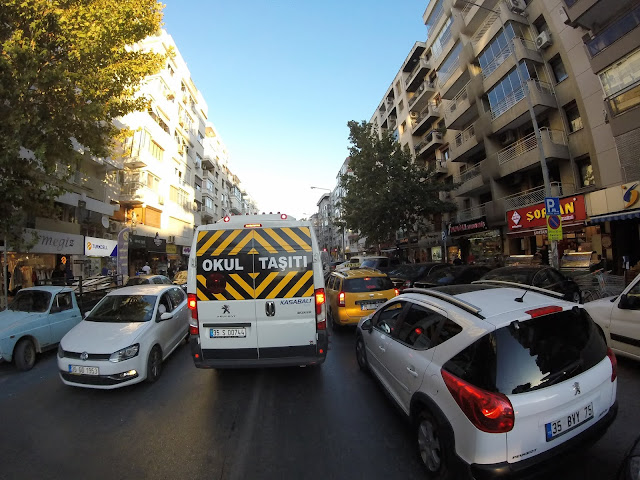 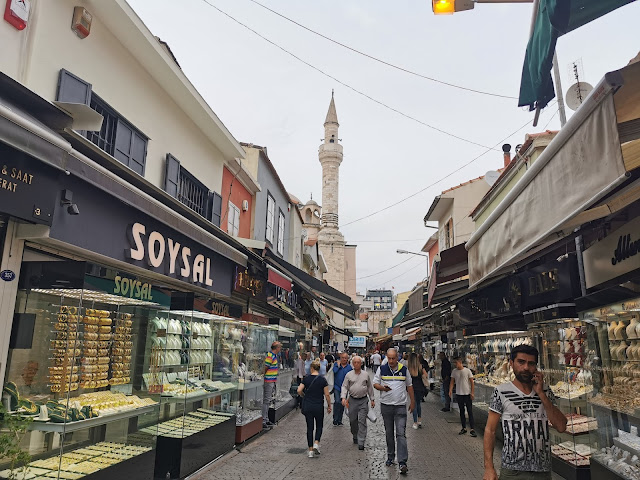 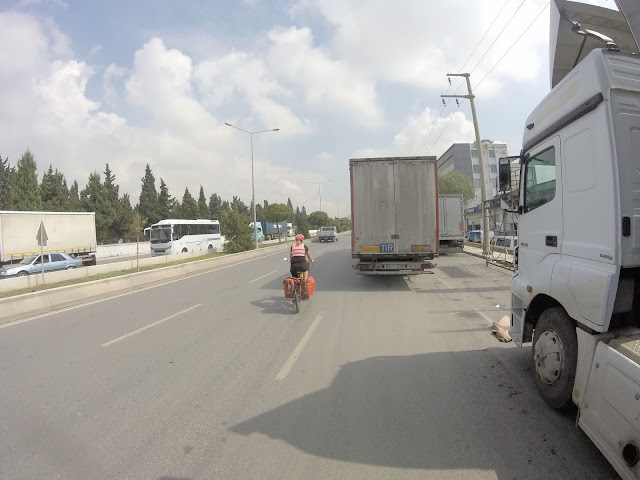 Continuing eastward we passed city after city which looked small on the map but each and every one of them would be on the top list of populous places if located in Sweden. 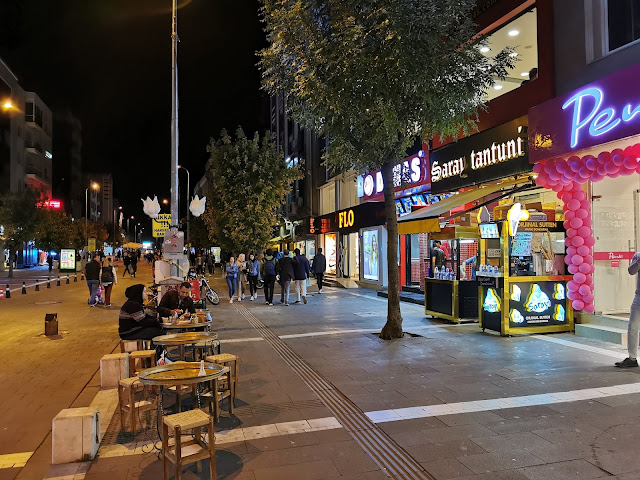 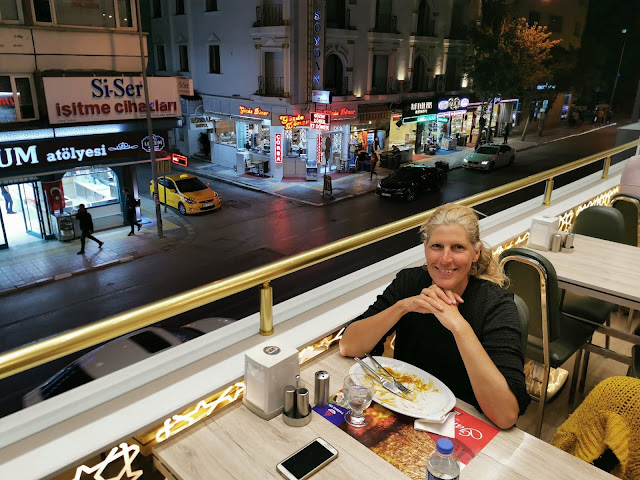 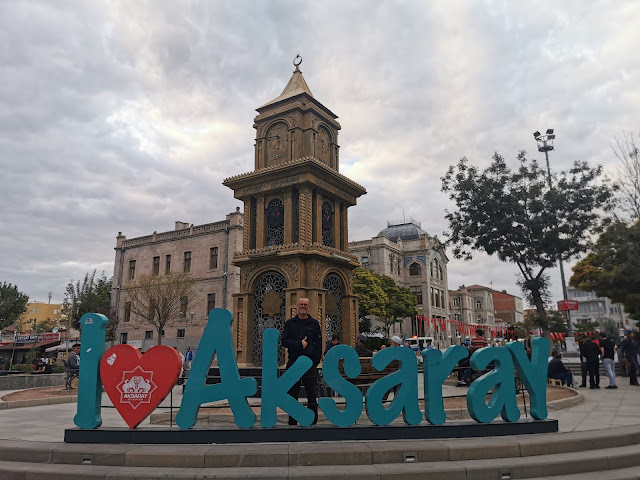 The landscape was hilly but largely uninteresting. We mostly stayed on the rather big D300, for the most part due to the lack of alternative options, but sometimes because it is simply the fastest route and had a nice wide shoulder. The traffic is moderately light, and unlike in the crowded urban centers there are usually plenty of space on the two lane road. 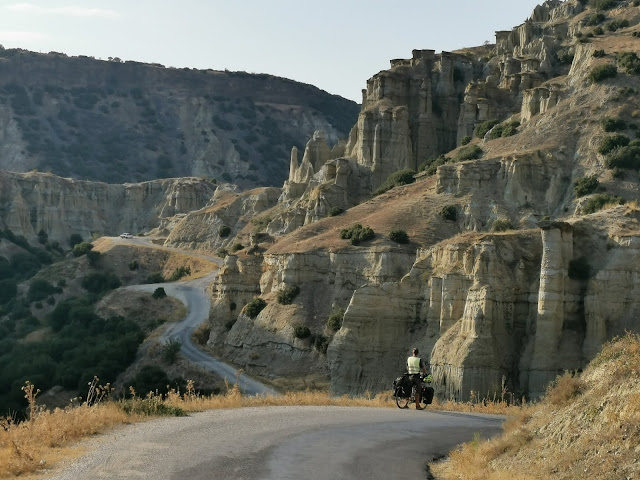 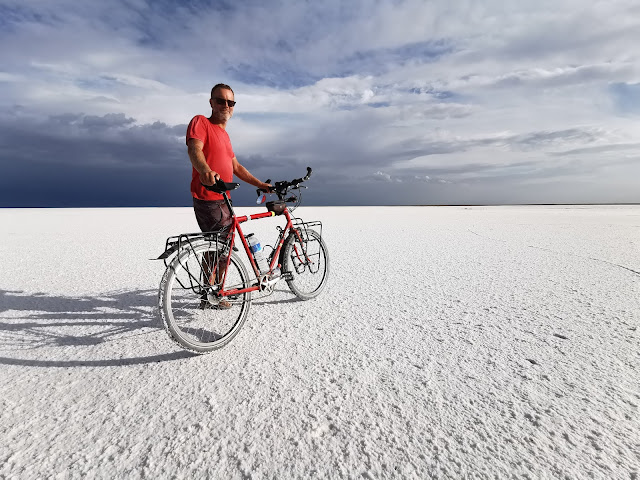 One of the first cultural difference we noticed as soon as we entered the country was the sudden difficulty of having a beer. In tourist areas there are bars, for sure, but we were far away from most tourists. Apparently many people think of alcohol as equivalent of using illegal drugs, and when we found one of the smaller markets that sold some Efes they always bagged the bottles in black plastic bags to hide the content. These black bags were also signaling everyone that here comes the addicts. Finding these rare stores became a way to get to know the place but walking back to the hotel with these bags became the walk of shame. 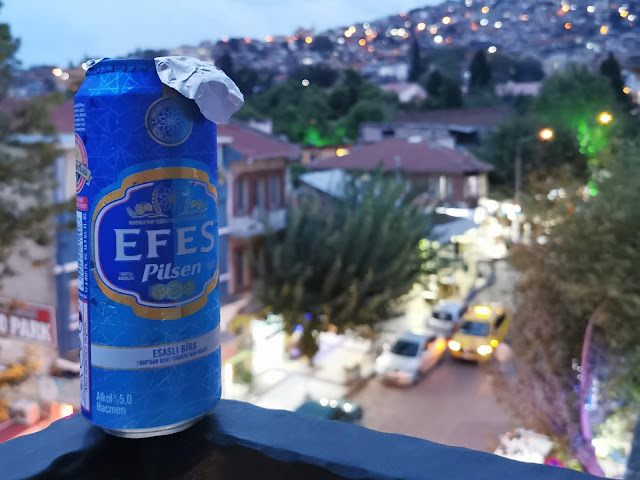 A can of Efes.

Tea, or çay, is a lot easier to find. We get invited for a glass of çay almost on a daily basis. A glass is not the right term, unless you put your spoon on top of the characteristic glass or otherwise makes it clear you are done, it will be refilled over and over again. 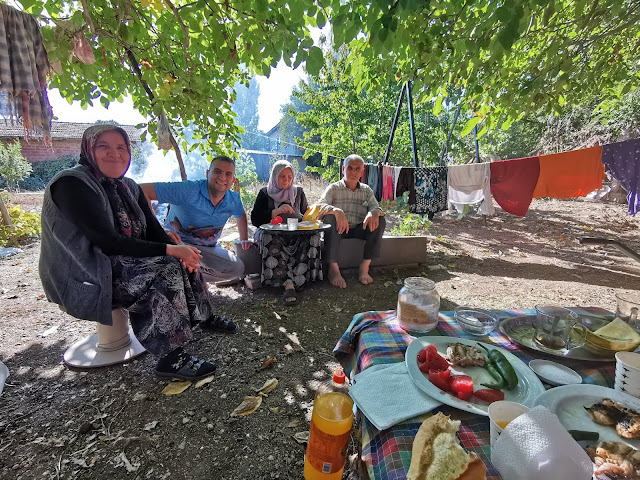 Invited for çay, got a full barbeque.

“30 times a day if you are a teacher”, was the response to our question about how many times a day one drinks tea in Turkey. We had, again, been stopped for a cup of çay, when we were invited to visit a school. The English teacher wanted us to talk to his students and we could not pass this opportunity up. There hadn't been tourists in his town since a pair of Koreans visited two years ago, he said.

Wearing my bicycle shirt, full of holes, and not having had a shower in a week, we stood in front of two classes of students answering their questions. They were all very well behaved, standing up when we entered the room, raising their hands for attention and not one of them commented on our appearance. 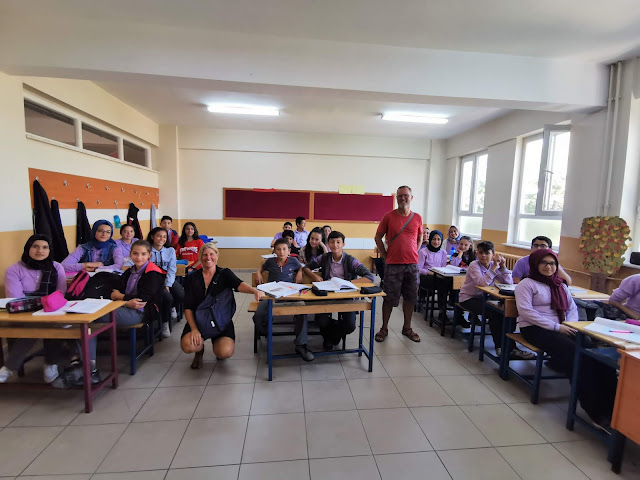 Can you smell me?

We continued east with a good pace, we both felt strong and the hills we had been cautioned about were easy to climb. Soon we were closing in on Cappadocia, having made about a thousand kilometers, almost half way across the country, in only two weeks. The weather was still very warm during the day and mild during the night. We would make it to Georgia before the winter!

And then she fell.