Anders; “Hello there stranger, my name is Anders!”

Anders; “Hello Jake, but my name isn't John, it's Anders.”

Anders; “Well, if it's too difficult you can call me Andrew. Andy works too.”

Jake; “Thanks but I'll stick to John.”

Sounds pretty insulting, doesn't it? However, that must be the reality for some countries. Like Hrvatska and Hellas. Or Croatia and Greece as we call them.

Remembering names is a challenge, but it helps a lot when you experience the place firsthand.

I remember the name and the atmosphere of every little town and roadhouse in the Australian Outback. Places such as Larrimah, population 11. I recall every place I cycled through in South East Asia, like Nakhon Sawan in Thailand or Lak Xao, Laos. I clearly remember cycling into the little town of Höfn, Iceland, or Husum, Germany, a little over a year ago. All of these places and so many more, I can immediately point out on a map and tell an incidental anecdote.

But something changed this spring around Sagres, Portugal, the southwestern point of continental Europe. From then on, I don't really remember the names of most towns. Sure, we stopped in Lisbon and Porto, but all the smaller places are a blur. I can hardly tell on a map where we spent the nights. This amnesia kept on when we crossed Spain and Italy.

Hopefully it is not due to age or beer consumption. My best guess is routine. Maybe cycling doesn't feel as adventurous as it used to. I hoped this would change as we left the comfort of Western Europe and entered Slovenia. But it didn't. 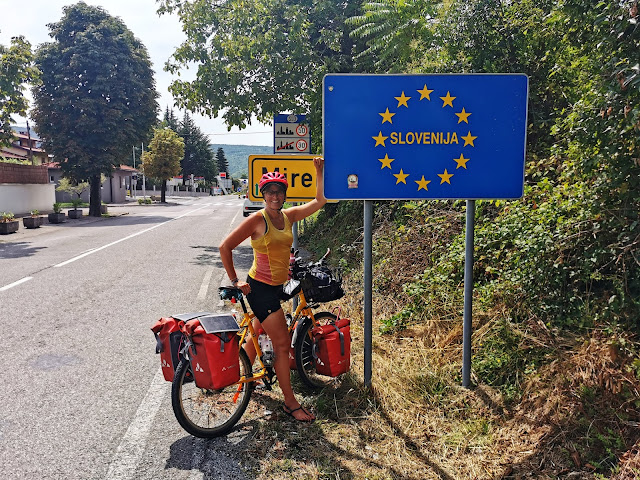 Can you tell how uncomfortable we have become?

Maybe it is due to the number of places we pass through. After a while many of them start to look pretty much the same. What is more insulting, refusing to learn someones proper name, or forgetting about them altogether? I'm not sure.

Regardless, Slovenia was a nice country and I do remember the capital, Ljubljana, even though I never learned to pronounce it correctly. Lyo-blahna. I think. 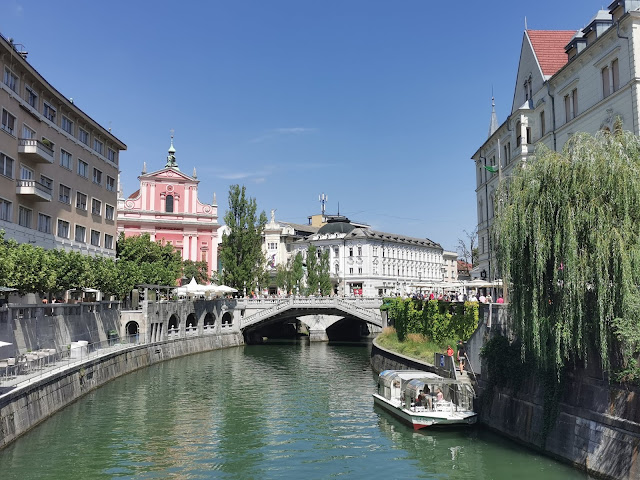 While I might forget about many of the places I do remember events that happens and people we meet.

We cycled with Georg from Norway and while Sofia and I always try to be as sneaky as possible while freecamping, scared of being discovered, he played his ukulele and sang like we were all alone in the world. 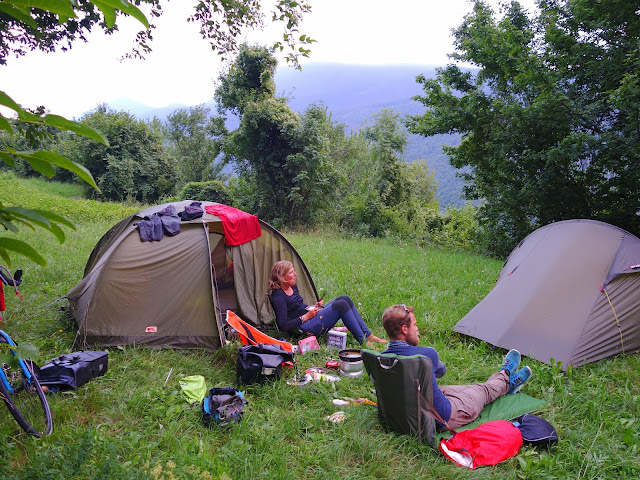 Georg thinking about what song to sing next.

In Zagreb I remember hanging all of our clothes, freshly cleaned, to dry on the balcony only to have baby diarrhea pour down from the balcony above. It was a great relief when it turned out to be a broken compost bin. The smell was just as bad, but we no longer felt the need to throw all the clothes away and were content with washing everything once again. 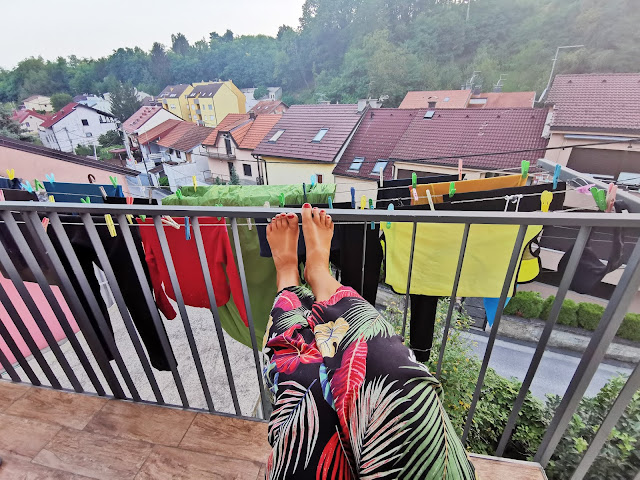 Relaxing after a good days work, before we knew it was all in vain.

I remember George who invited us into his simple but wonderful home in the countryside, communicating by the translate app on the phone. 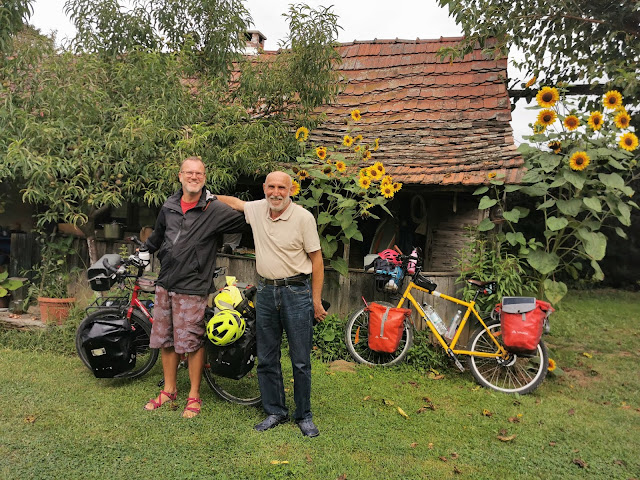 George and his beautiful rustic home.

I remember a lot of bullet ridden walls and buildings, remnants of a war that was fought not too long ago. 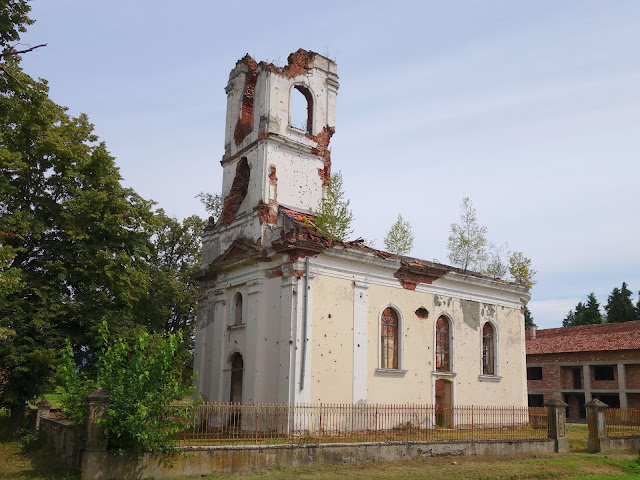 Is nothing sacred in this world? (Spoiler: No, it's not)

In Serbia we were approached on several separate occasions by people who expressed their concerns about how Serbs were depicted abroad. They are not as bad as portrayed they claimed, almost apologizing for being Serbs. We were sitting at a bar having a beer when a passing lady straight up paid our tab. I don't remember the name of the town, but I will always remember the gesture. 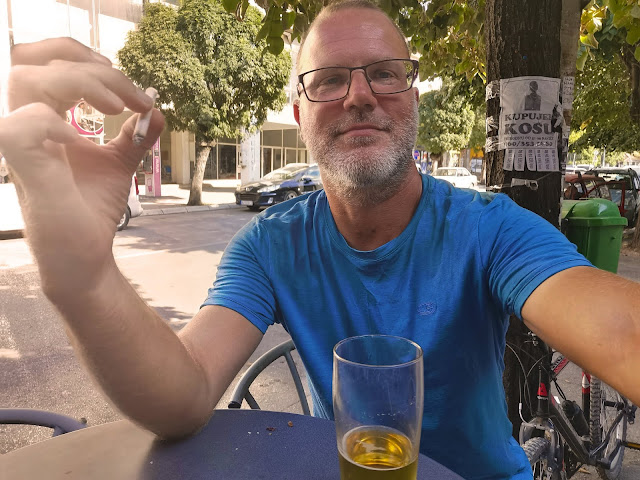 Free beer and a free smoke, what a great life! 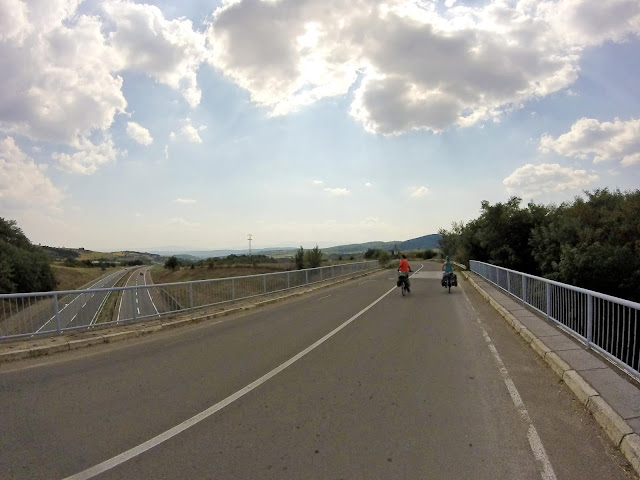 Crossing paths with Daniel and Blandine.

I remember meeting Rosie Swale-Pope, who has run around the world and is currently running to Kathmandu. 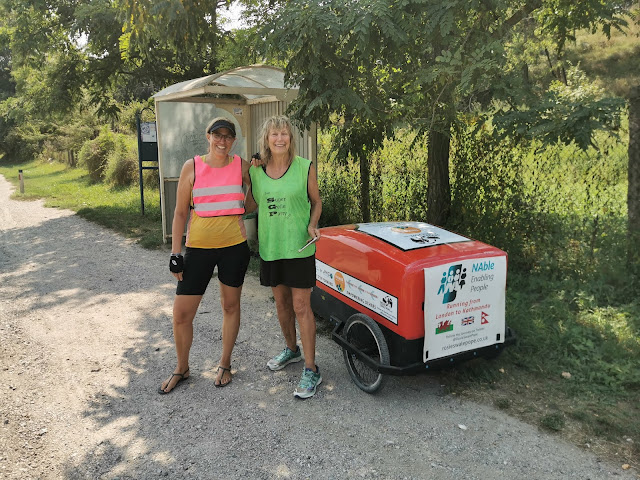 Some people are just crazy!

I remember wearing out our good tires after more than ten thousand kilometers, replacing them with cheap ones, causing the following weeks to have almost daily punctures. I remember the little dog who wanted so much to be our friend that we had a hard time fixing one of those punctures. 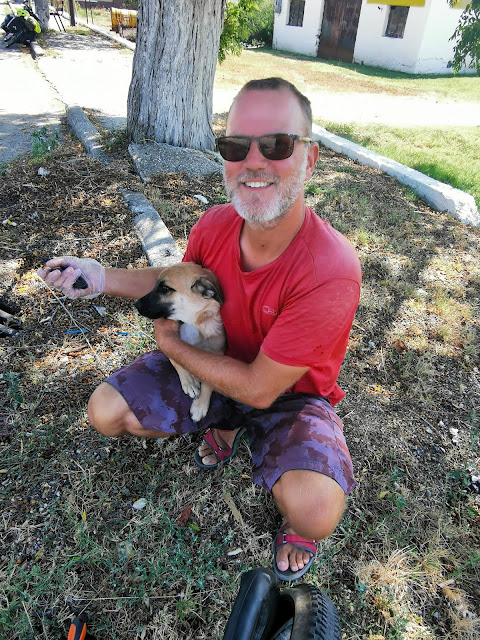 Sofia thinks I am too soft.

I recall how the road approaching the North Macedonia border slowly but suddenly degraded until it finally was quite clear that there was not going to be a crossing as we had assumed. Instead we had to cycle across fields to the nearby highway, hoping there would be an opening in the fence along the road. A few hundred meters before the border I got another puncture, of course. 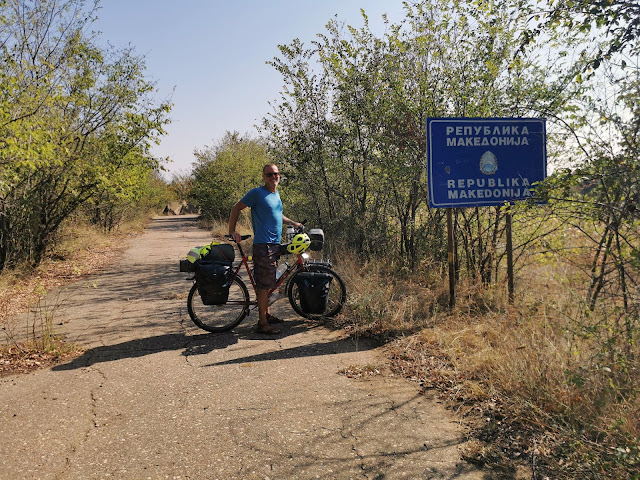 I was surprised by the tortoises we encountered. I did not know such animals existed in Europe and we assumed at first it was a released pet. We were wrong, they're called Hermann's tortoise. 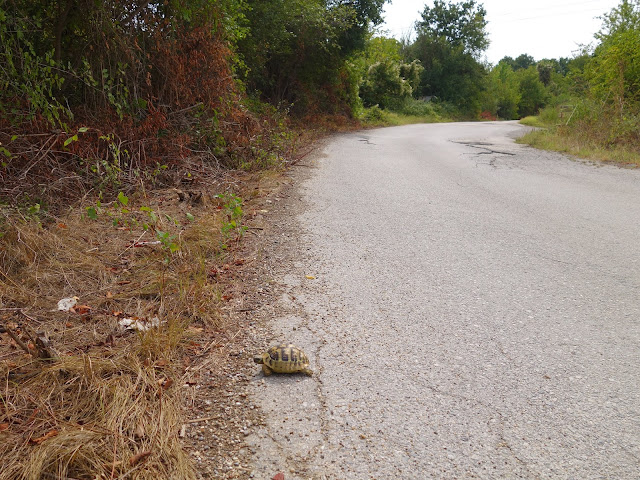 They keep getting run over. I made sure this one was safe.

I remember Anna and Maciej, a couple around the world cyclists from Poland. I meant to say that she is priceless but accidentally called her worthless. My profound apologizes only helped a little.

I wont forget the herd of goats passing through while we were having breakfast. 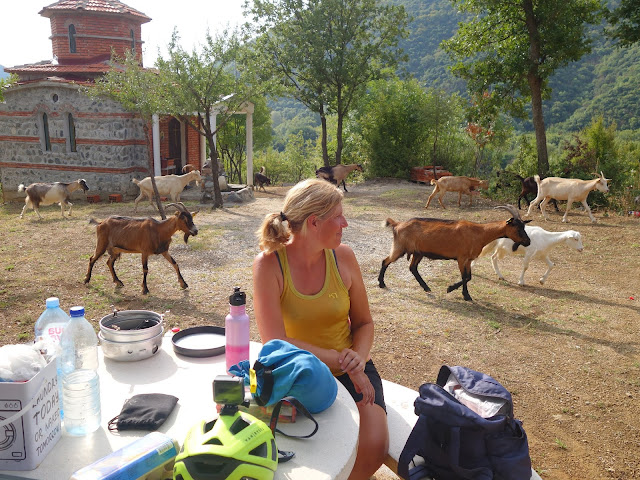 In fairness, they were also having breakfast.

I remember the lady we met in a rural village in Greece, who had lived in Borås and Halmstad for most of her life. Sofia is from Borås and I am from Halmstad, if you wonder about the significance. I wont forget how she offered us chocolate but Sofia thought she wanted to give us the entire box, not just a piece, and a weird tug of war about the container ensued between the two. 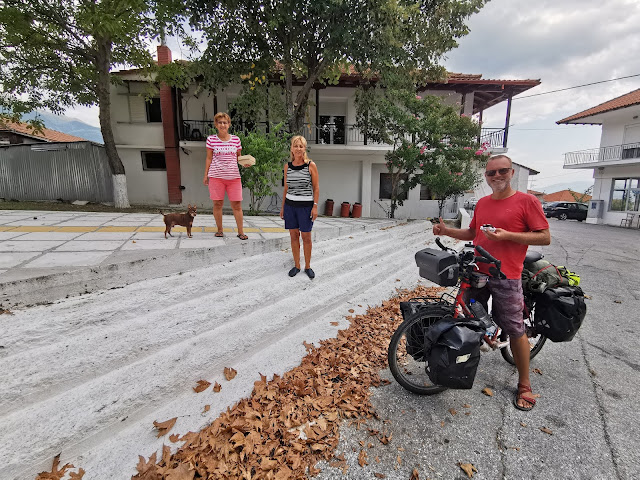 Memories like these are why we travel. Maybe my degrading retentiveness is simply my own fault. We used to be better at keeping a journal and writing blog posts, and writing things down supposedly helps memory.

All you need to do is to remember writing it down.