November 30, 2019
Today, November 30, is my name day, an important tradition in Sweden. There is an old superstition that the weather today determines what the Christmas weather will be. If it snows on Anders day, it won't be a white Christmas.

November 30 is also the day the Swedish king Karl XII died in the year 1718. Some years this causes right wing demonstrations, because reasons! Karl XII was actually not the 12th king named Karl, just the 6th. More than 100 years prior another Karl, newly crowned as king, chose ordinal number 9, IX, instead of the correct II. He based this on the popular history writing of the time, Historia de omnibus Gothorum Sveonumque regibus by Johannes Magnus, the last Catholic Archbishop of Sweden. The work is extremely patriotic and xenophobic, and also as it turns out, mostly made up. Having a high ordinal number was important, to sound as important as the pope in Rome. Being king is apparently not good enough. No kings have been named Anders as far as I know.

In German, Dutch and in several other languages, Anders mean "different", but the name derives from the Greek Andreas meaning "man" or "manly".

I'll let you decide which definition describes me the best. 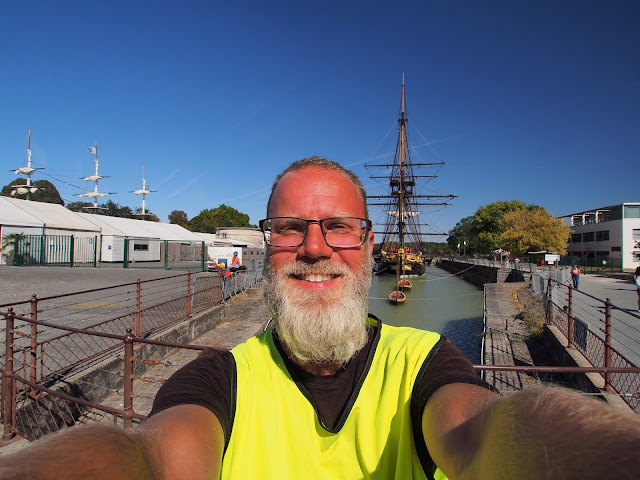 I'd say manly! Rochefort, September 2018. Behind me is the frigate Hermoine.


It is one of the most common names in Sweden, currently ranking number 3 in popularity (SCB). Incidentally my last name Karlsson is also ranking third, making me virtually impossible to find by name alone, like the needle in a stack of needles.

My middle name is not in the middle, between my given name and my surname, but placed first. My full name is Lars Anders Karlsson, where Anders is my calling name or usual first name. This is quite common in Scandinavia but sometimes causes confusion when travelling. When I was pulled over for speeding in Missouri, the officer searched his database for any outstanding warrant for Lars Karlsson. There were none. Lars happens to be the most common name among Swedish males.

Though common in Sweden, people I meet outside of Scandinavia usually have difficulty understanding what I am presenting myself as, even if I use an American pronunciation. The most common response is "Andrés?", but sometimes Andrew.

If I care I used to say "It's like Mr Anderson, but without the -on" assuming everyone know The Matrix, but it almost never worked. Once when I wrote my name down I got as a reply; "Well, that's easy, why didn't you just say so?". I did say so, I did.

Considering how common the name is in Scandinavia, there seem to be rather few famous people bearing my name.

When I grew up during the early nineties the murderer Anders Carlsson made national news on several occasions, managing to escape from prison twice.

The name became the talk around the globe in 2011, when Anders Behring Breivik became the worst terrorist, murderer and conspiracy nut the world had ever seen. For a while I considered switching to my middle name. I kept my given name but I don't use that guy as an example when I present myself.

Anders Celsius, the credited inventor of the centigrade temperature scale, might be the most famous guy named Anders except that nobody knows that Celsius name was Anders, or even a person, and thus can't be used as an example either.

Anders Fogh Rasmussen, former prime minister of Denmark, was the 12th Secretary General of NATO. But nobody knows who he is.

The best photo ever taken was taken by William Anders. This one; 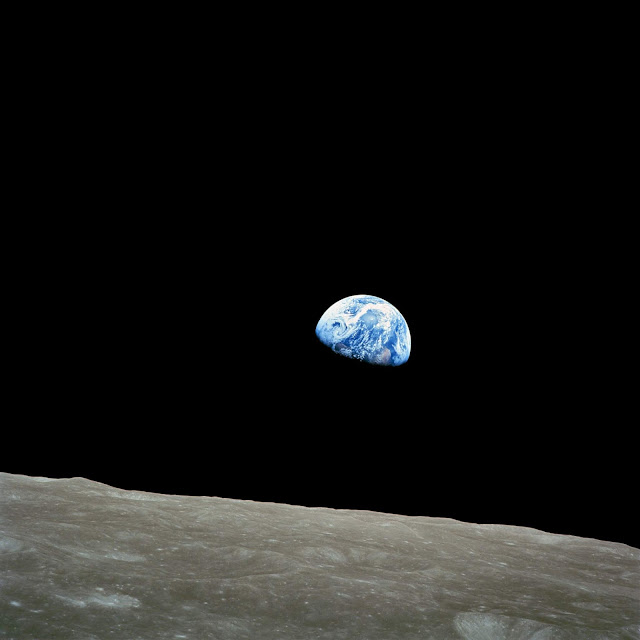 
However, while most people recognize the photo, few know the name of the photographer.

It seems I have to be content with being different.

Happy name day to all Anders out there!