November 18, 2019
I usually learn a few words of the local language wherever I go, commonly the first word being “bira” or its equivalent. In Turkish I can present myself as from Isveç, say thank you by very badly trying to pronounce Teşekkür Ederim and tell goodbye with the charming phrase Gülle Gülle!

I did not expect to improve other languages, but it turns out a lot of Turkish people have lived in Germany. Few speak English but I have managed to hold reasonable conversations in German, something I was unable to do when we were in Germany! 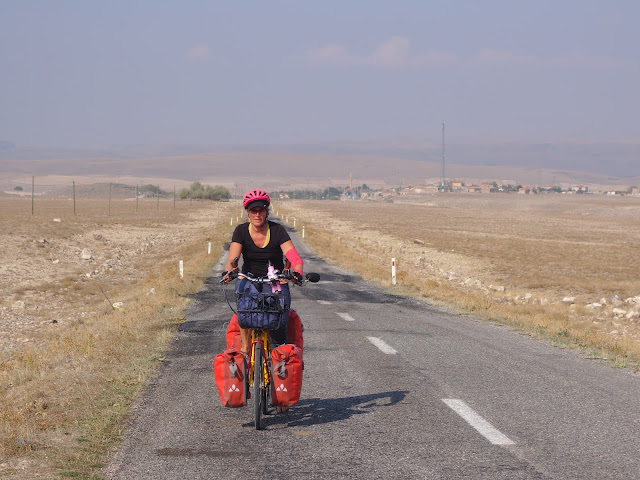 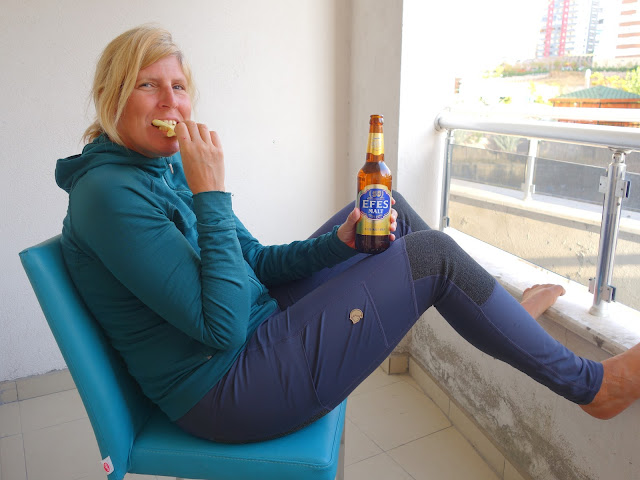 Efes and Pringles on our balcony in Kayseri.


Central Turkey has been a bit more conservative than I expected, with a lot of women covered, men using prayer beads, and a concerning shortage of beer. It can vary from one town to the next, and in one small village a man proudly stated in German that unlike the neighboring towns they are very modern. He then proceeded to swipe his hands at the woman next to him telling me “Look at her body, she's not covered! Look!” 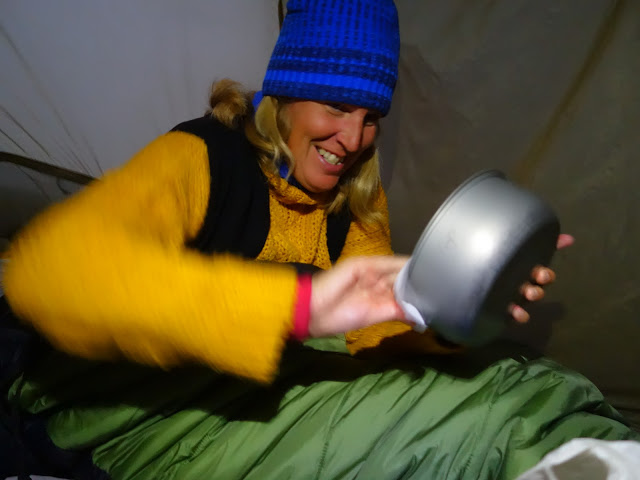 The temperature has dropped quickly, the dishes need to be done while wearing winter gear. 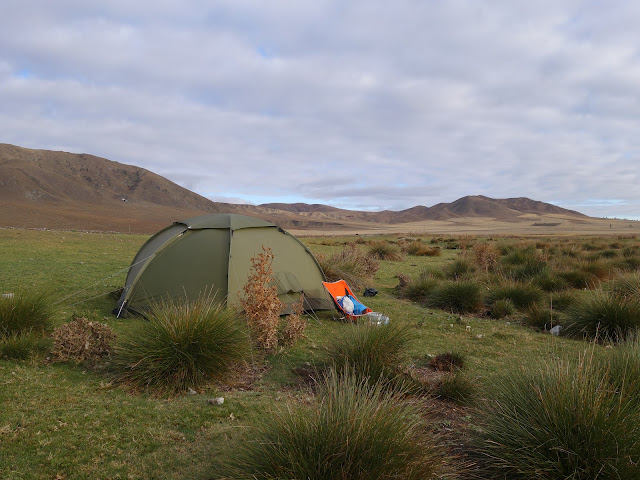 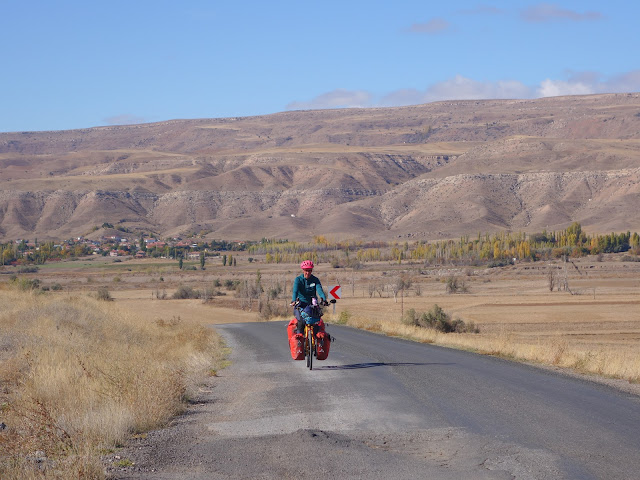 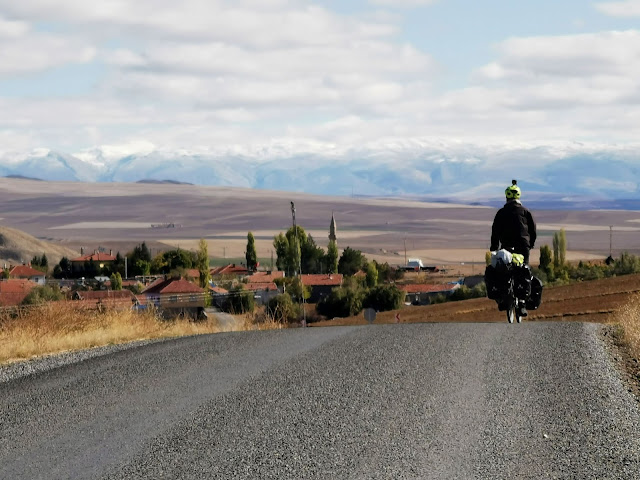 Snow capped mountains in the distance.


The landscape is prominently rolling hills, barren, devoid of most larger vegetation. The roads are wide with relatively little traffic, often with a shoulder wider than the lanes for the cars. Spots for freecamping are easy to find and unlike most of the world, it's legal in Turkey.

We regularly get invitations for çay or are handed fruits and vegetables. Most of the time we have to turn down the offer or we wouldn't get anywhere and every time we feel bad about it. 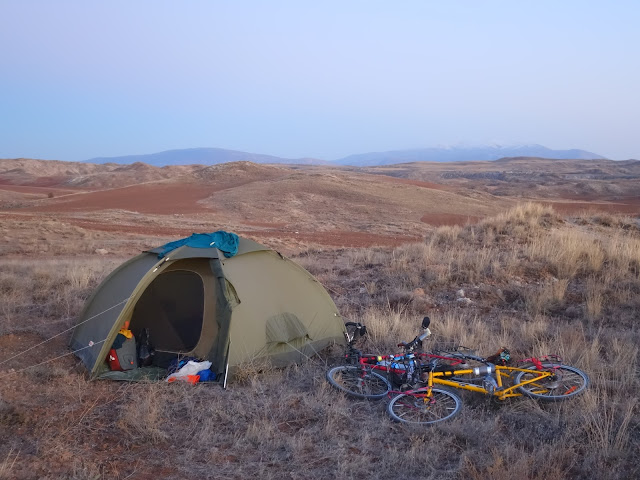 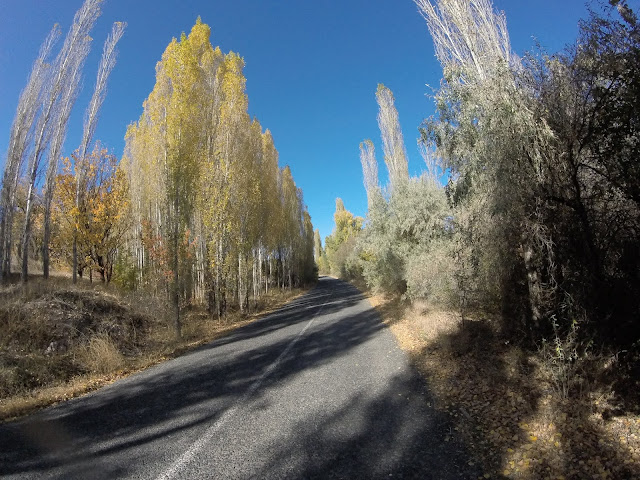 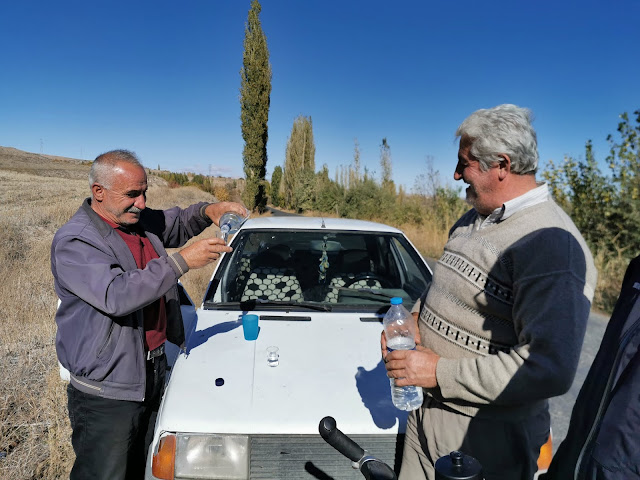 Some home made Raki, for the road. 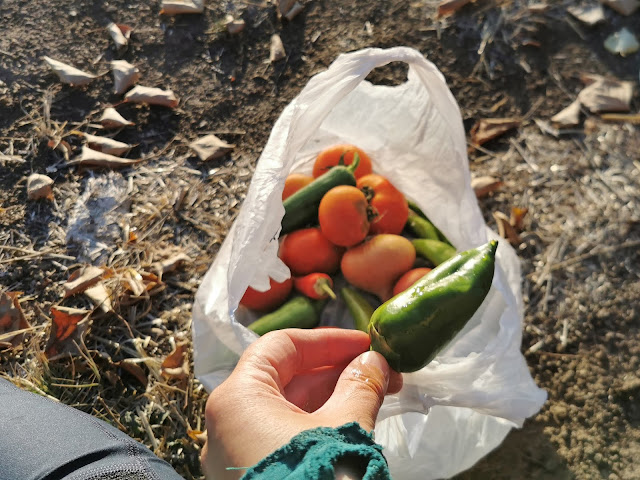 We knew from other cyclists that dogs in Turkey are among the worst, but our experience so far were the opposite. There are a lot of dogs roaming freely, but up until now they have shown no interest in us, being downright lazy. This behavior changed as we left Cappadocia, suddenly the dogs were very territorial and a pair came running and barking towards us almost on a daily basis. Sometimes they had a master around to call them back, a few times a car or a tractor rescued us by driving towards the dogs and screaming at them, but most of the time we simply get off the bikes and slowly walk away while talking to them. If we get off our bicycles almost all dogs chasing us lose their confidence.

Pedaling uphill, I had just slowly passed two dogs who didn't show any interest in me. The previous day two other dogs had forced us to choose a different spot for camp, and the conversation Sofia and I had then was about how cowardly dogs were. That is why I didn't worry when these dogs I had just passed noticed Sofia and gave chase. I saw her stop and get off the bike, then saw the bulldozer driving towards her scaring the dogs away. It wasn't until she caught up with me I noticed she was edgy and she told me how the dogs had bitten her bags. We dialed up our respect for dogs a few notches.

Next time I'll rescue her. Next time.

They are so cute when they pretend to be gangster! 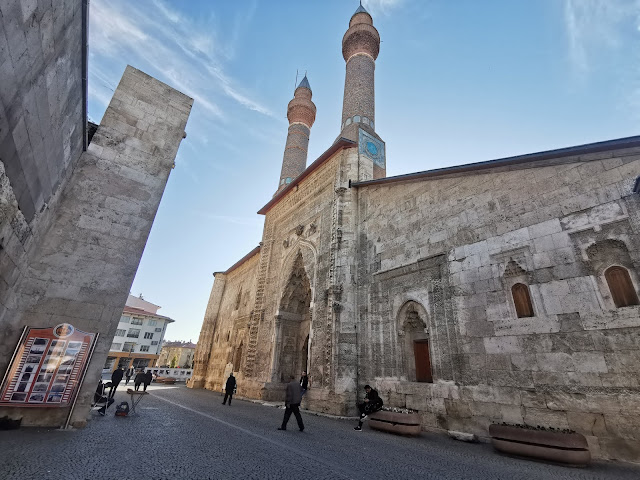