March 07, 2020
Sometimes I'm an asshole, and I am known to have been drunk from time to time. However, I am never an asshole and drunk at the same time. At least not since my teenage years. I'm sure someone will protest and tell a different story.

Now and then one encounter a drunk asshole and it can ruin the whole day for everyone.

We had climbed the last summit before reaching civilization and lo and behold, there was a bar! It had been a while since we had a beer so we decided to have a break even though it was just about 10 kilometers left to go to the hotel we had booked.

I went inside, bought two beers from the nice lady at the counter and went back outside to enjoy the drinks in the sun. 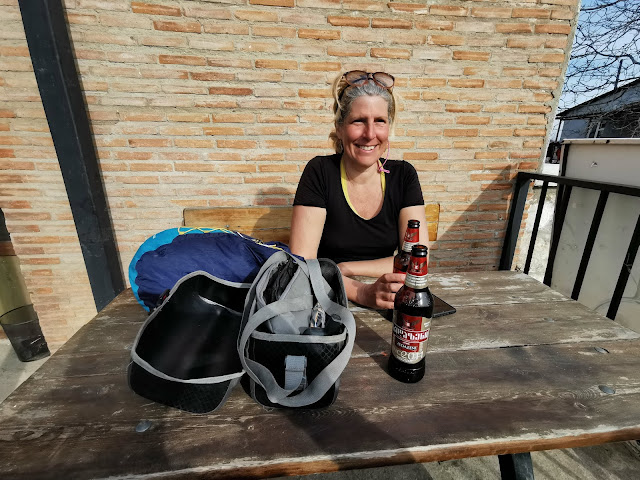 While we were relaxing a car drove up and started honking. He honked some more and I heard the lady replying but nobody came outside. I wondered what kind of service you could get by honking, there are no gas pumps around. Some takeaways maybe?

The guy kept honking and apparently got irritated as he soon tooted the horn continously.

I got a bit annoyed, trying to enjoy a quiet beer. Having my back towards him I turn around, I look at him and point at my ear. He stopped honking. Briefly.

A second later he starts honking again, and now the lady from the store comes outside and talks to him. I'm assuming he will get what he wants and leave.

I take a sip from my beer.

Suddenly he accelerates and drives his old Volvo up into the raised terrace where we are sitting, crashing the front fenders at the curb. I figure, what, he mistook the gas pedal from the brakes? The car is inches away from hitting me. I look at the front of it, baffled. What kind of an idiot is this?

Sofia, who is facing him, tells me that the driver makes gestures towards her, the kind of hand signal of "I am watching you" with two fingers pointing at the eyes. I am having a hard time putting the pieces together. What is happening?

He backs up, exits the car and seats himself next to me. He makes it clear that he "wants to talk". I also realize that he is completely wasted.

Sofia and I stand up and walk away, while he follows. He grabs my hand for a shake and while I am on the edge prepared to dodge a fight I still give the benefit of the doubt and return the shake.

He sqeeze my hand hard. What the fuck is wrong with this guy I think and sqeeze his hand right back. He realize that he's the weaker one and releases his grip while speaking in Georgian. I try to disarm the situation, still not comprehending how it got to this point, by explaining that I am from the same country as his shitty car.

We grab our bikes and leave, keeping an eye open for approaching Volvos. After a few minutes we meet a police car with flashing lights. 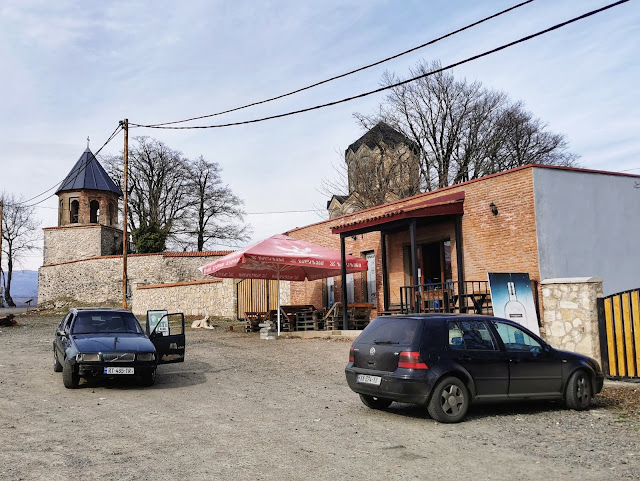 From the look of his Volvo this is not the first time he drives into things.


It is now that I start to really think about what just had happened. We figure this guy had some kind of destructive relationship with the lady in the bar and my gesture to stop honking upset him.

I started to feel bad. Moments ago all I wanted was to get some distance from this asshole, but now I felt like I had let a drunk driver and an abusive man get away. Or worse, fool me.

I should have just punched this fucker in the face.