June 05, 2019
“You're like a child! A child with money!”, Flo exclaimed when I persuaded him to accept the ice cream I had just bought for him.

“A child? Me? Not at all!”, I thought. But more importantly, I am no longer the Asshole! I giggled a bit. 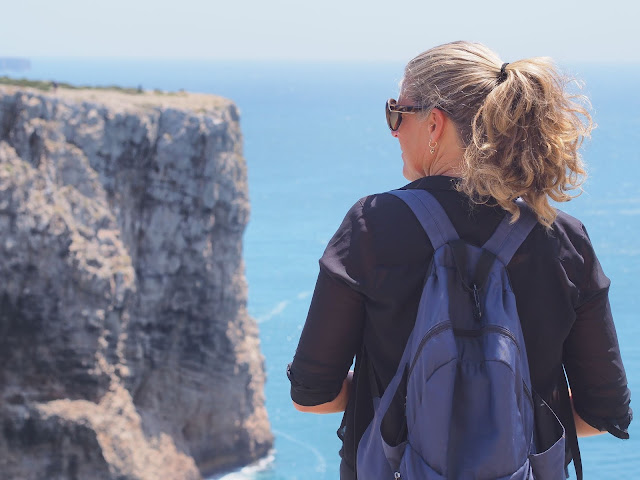 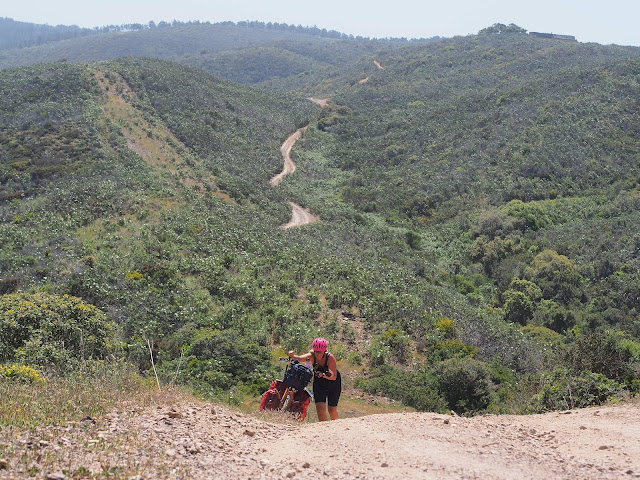 
It was then Anna and Flo got in touch telling us they were going to cycle to northern Portugal. We had stayed with them in Las Palmas and I had left with the unfortunate title of being the reigning Asshole.

It took us a month in Portugal to reach Lisbon. The same distance was covered by Anna and Flo in seven days. We are obviously too weak in body and soul!

They caught up with us and we shared an apartment in Lisbon for a few days. I still felt a bit off, and one of the days I was certain I was going to get another round of the flu or something. But it passed. 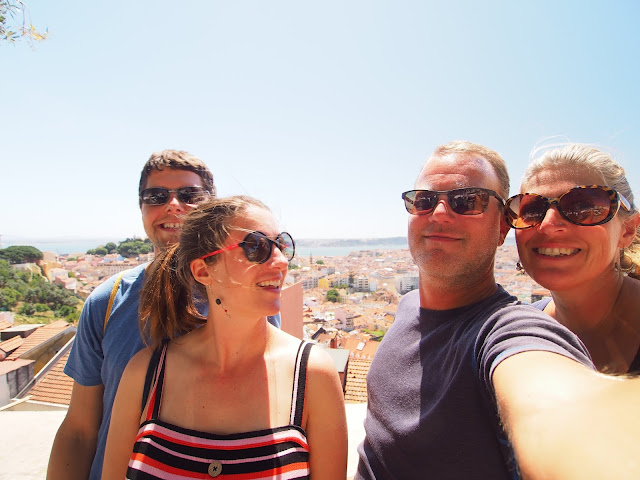 
Our first destination was this weird place called Sintra. One of the more affluent places in Portugal, the area is literally littered with castles and medieval buildings. It is also very, very hilly. 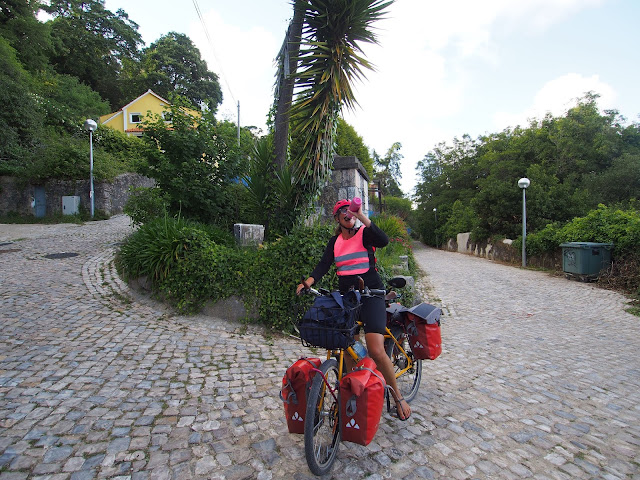 On our way up to Sintra. 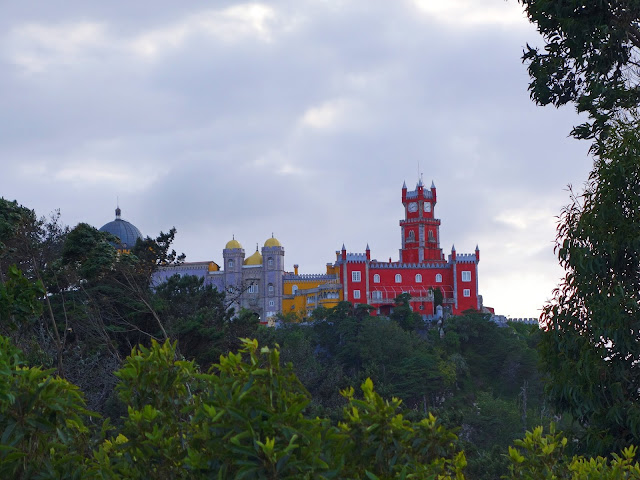 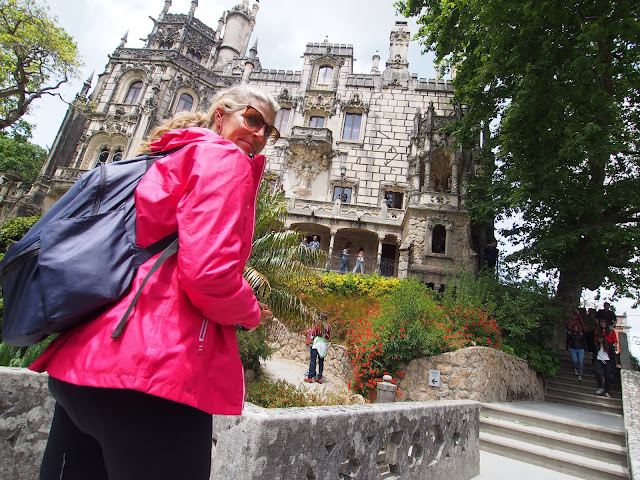 Quinta da Regaleira, a more modern castle, built 1912, built by someone with far too much money. 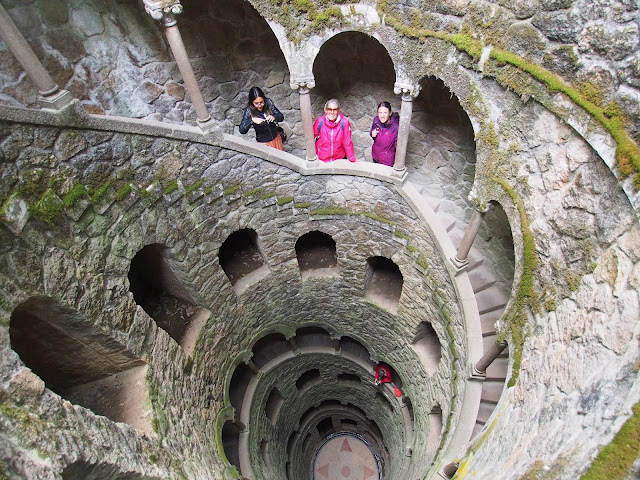 
Continuing north, fighting against a constant wind, it turned out we could indeed keep up with their cycling. The four of us rode close together, back to back, taking turns being the first rider taking most of the wind, pulling the others. I felt stronger and my stamina returned. Maybe riding with others was exactly what we needed to push ourselves out of hibernation. Now and then a break for refreshments and it turns out they could also keep up with us and our beer consumption. What great companions!

It was during one of these breaks the deck of card appeared, and thanks to a stroke of luck I finally left the game as a winner! 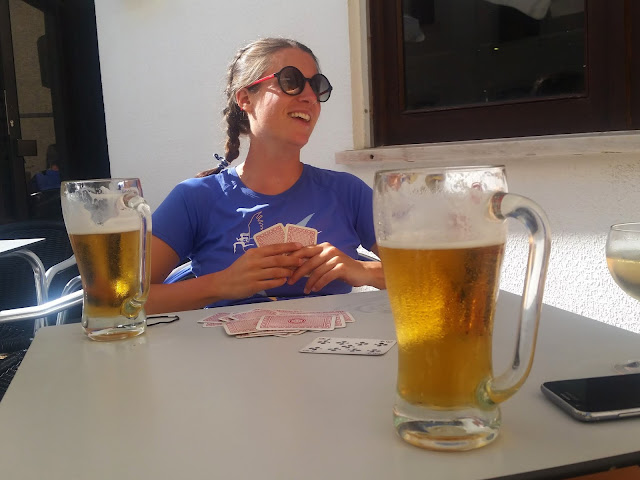 Anna is smiling. For now!


We are used to be chased by dogs but suddenly we were followed by one who obviously wasn't chasing us for sports, he wanted our company. He followed along for a day and guarded our camp during the night. We named him Freddie. He was very cute, scratching himself. Cute. Scratching. 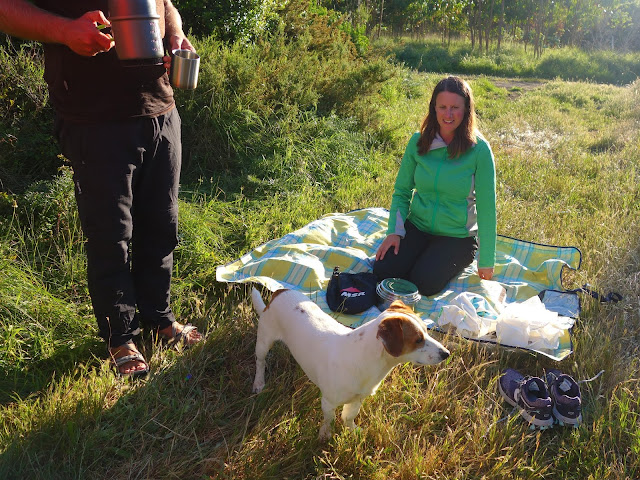 
Days later I woke up with fleabites all over my body! Arriving in Porto and the mission was to clean everything we owned. Half of the stuff into the freezer, the other half put in boiling hot water in the tub. After endless cycles in the washing machine we seem to have gotten rid of the bugs, although I still wake up at night imagining crawling insects on my body.

But at least I am not the Asshole!

That would be Anna! Hehe.